UPDATE: Over the years I’ve made many changes and I think I finally found the recipe that tastes the way I want it to.

You can find that recipe HERE. 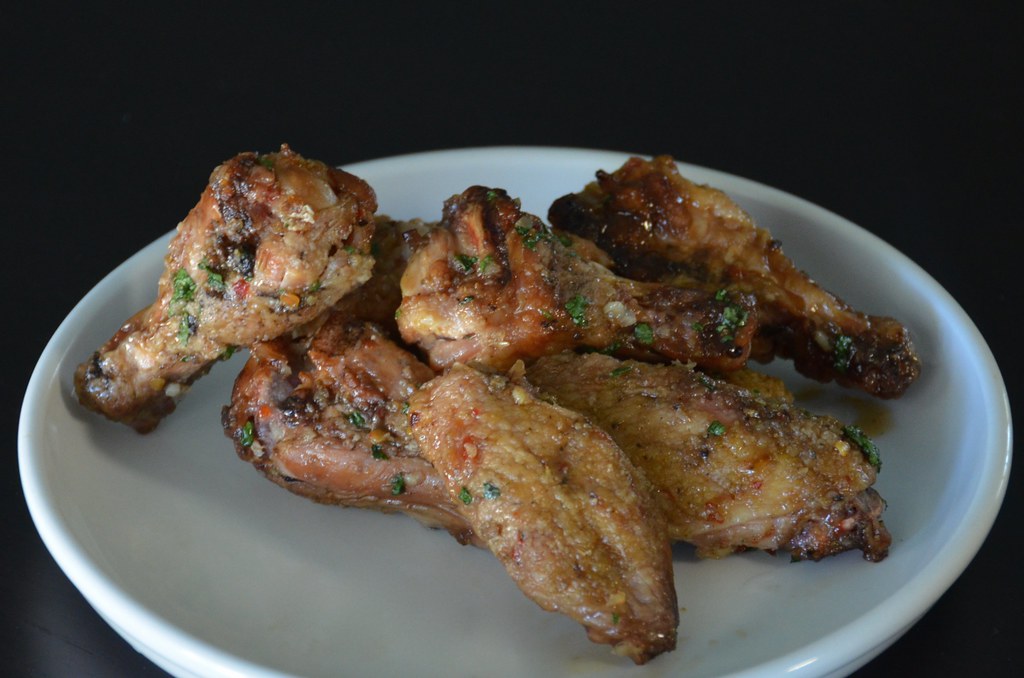 A couple of weeks ago we were watching The Best Thing I Ever Ate and someone described these wings at Pok Pok in Portland. 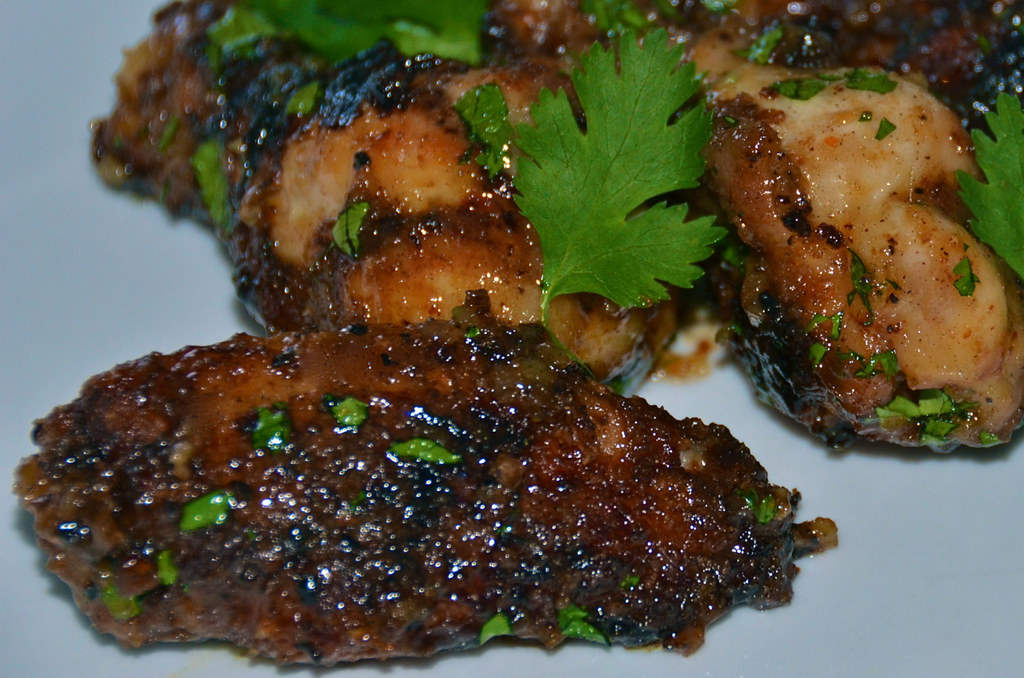 It didn’t take me long to find the recipe. Chef-owner Andy Ricker’s recipe for his wings at Pok Pok can be found HERE.

I used his recipe and also this recipe from the blog Food.People.Want.

I only played around with the ingredients a little bit. 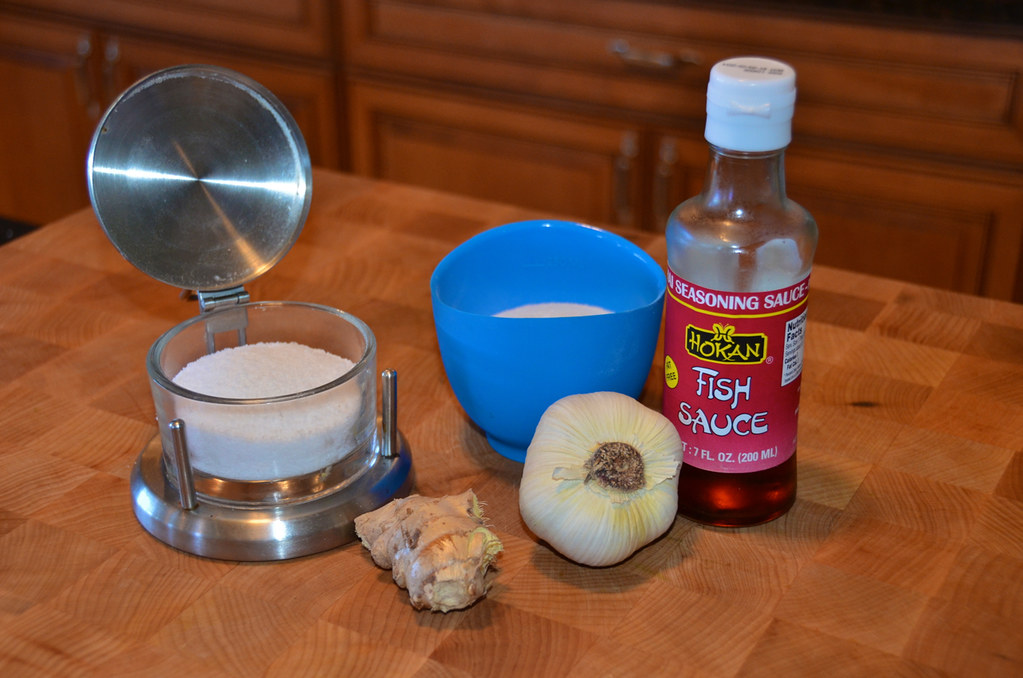 Smash the garlic with the side of your knife: 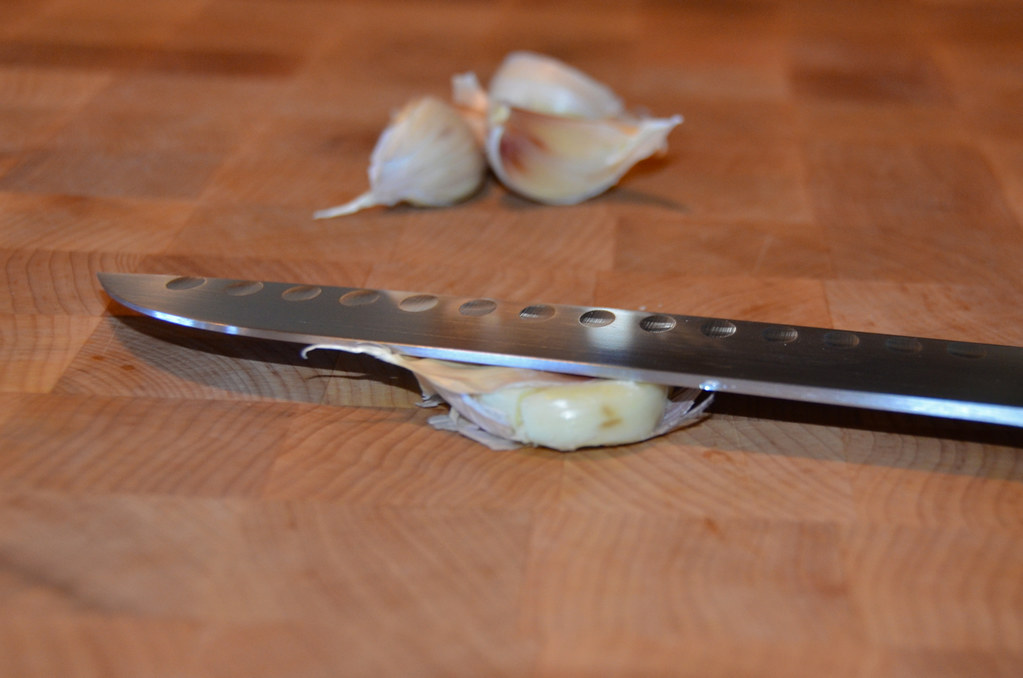 Give it a good whack. It will come right out of the skin. 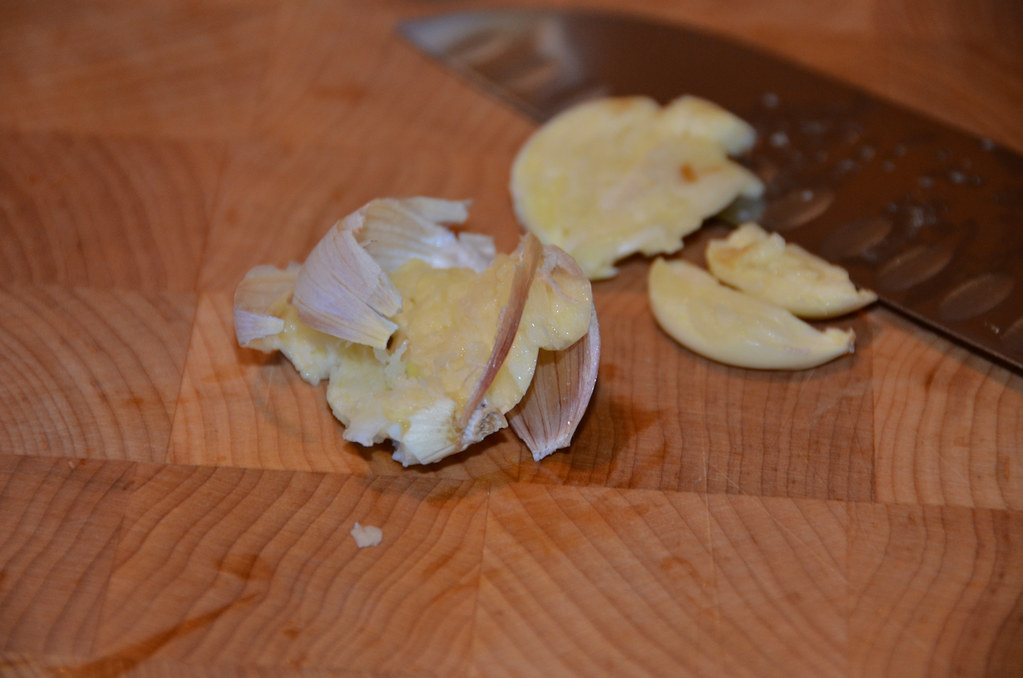 Then chopped it up. 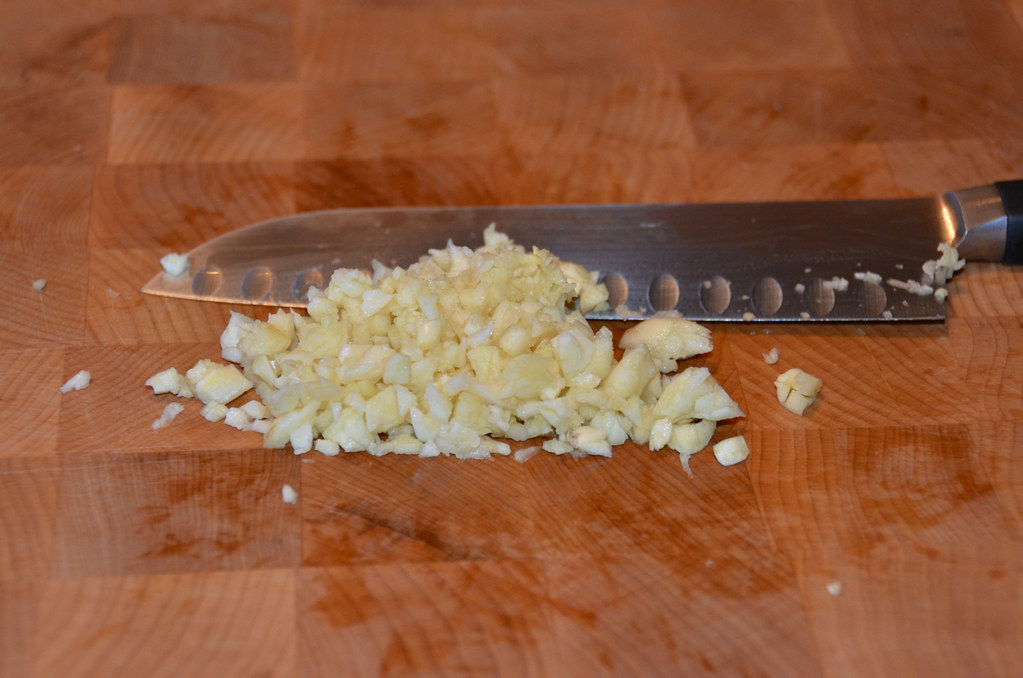 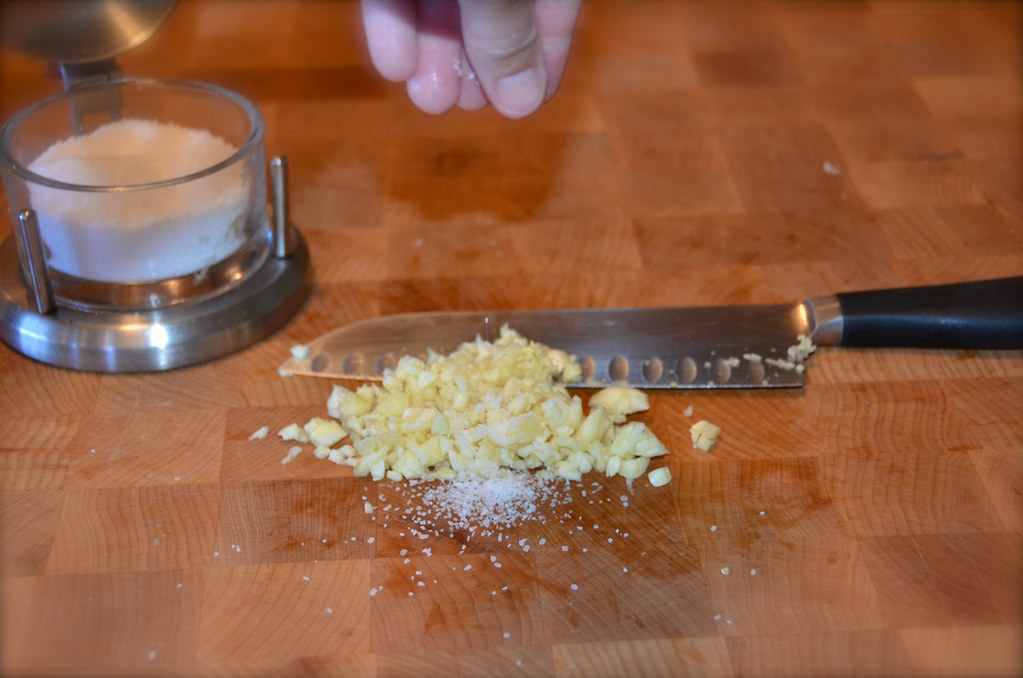 And then smoosh the garlic with the side of your knife to make a paste. 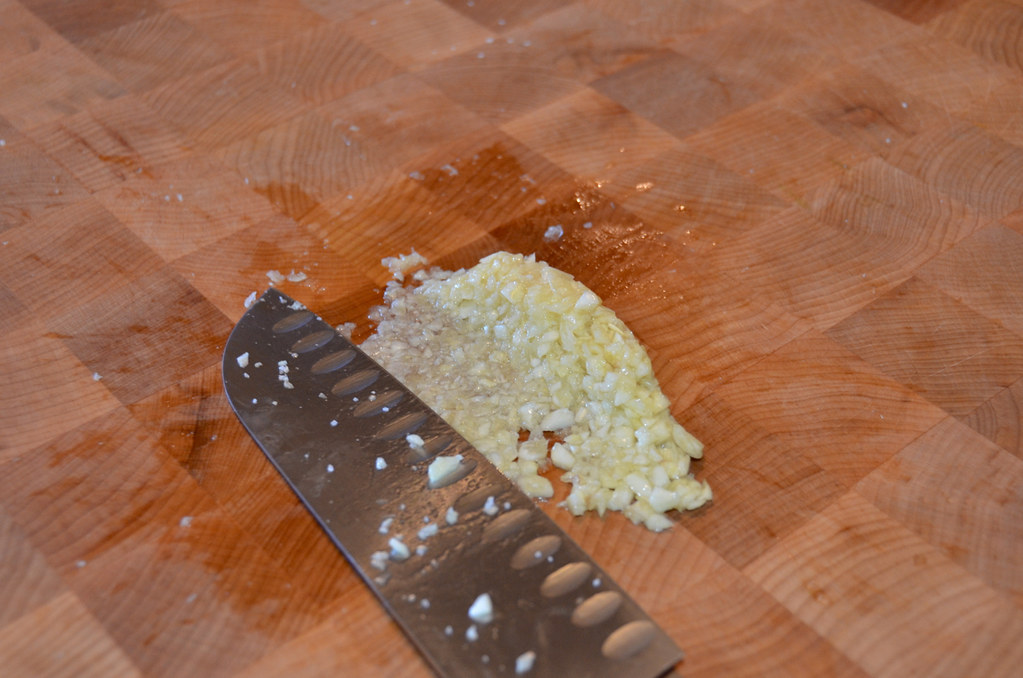 I think the word smoosh is the best word to describe this technique. 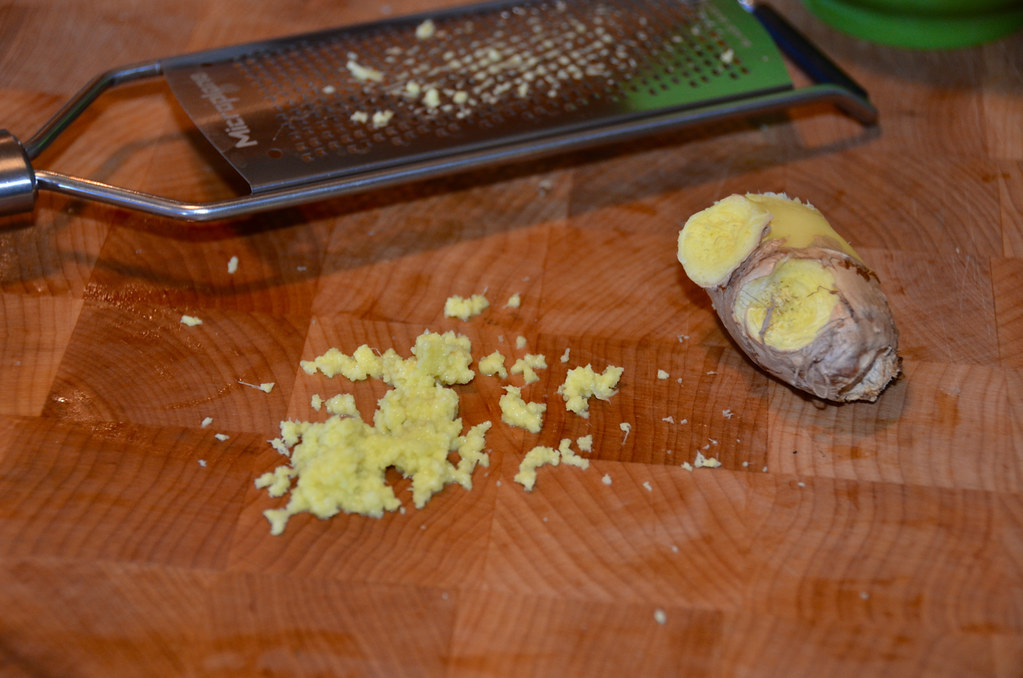 That part isn’t in the recipe but you know I can’t follow directions.

Put the garlic paste and grated ginger into about 1/2 cup of water and let the flavors marry. 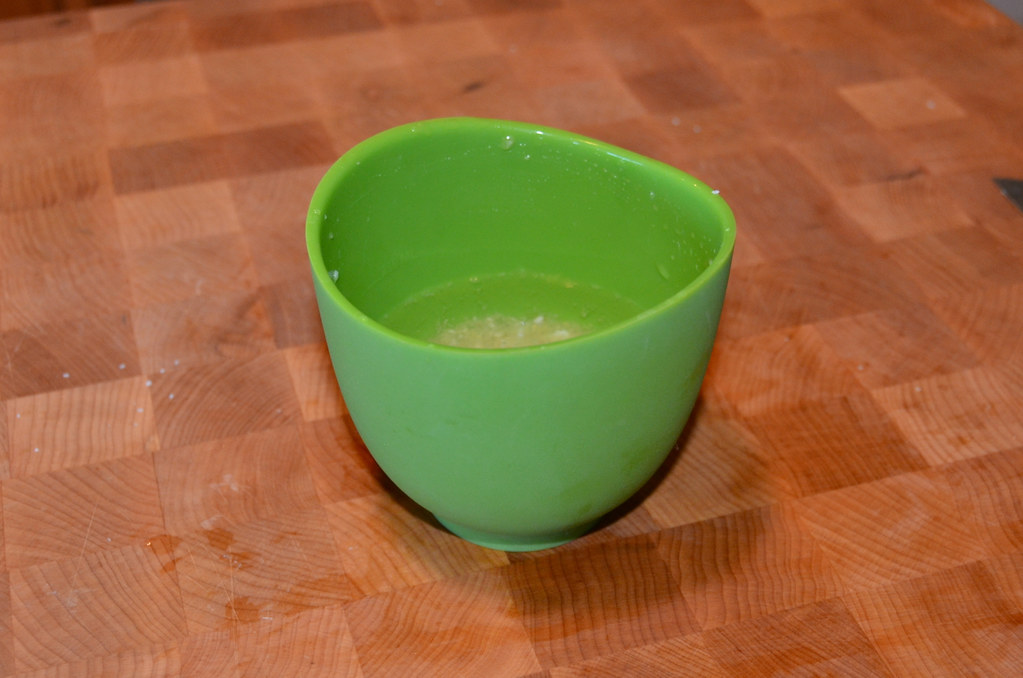 Grab your wings and rinse them. 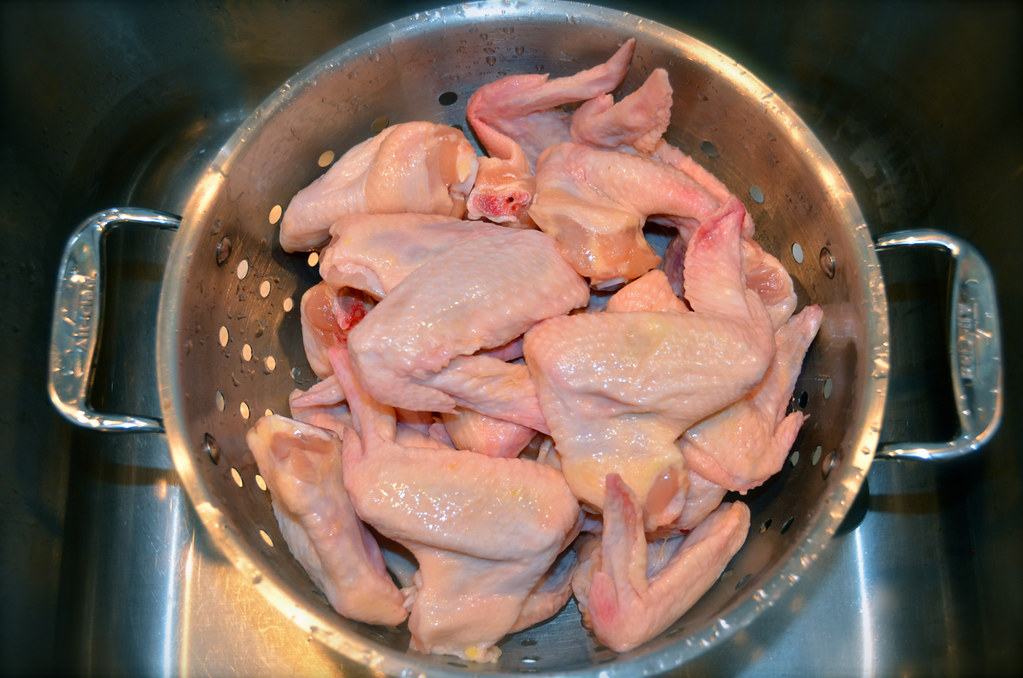 I always rinse meat and seafood before I cook it.

You can leave the wings whole if you want to. I like to cut mine with kitchen shears since I like the flippers and John likes the drummettes. 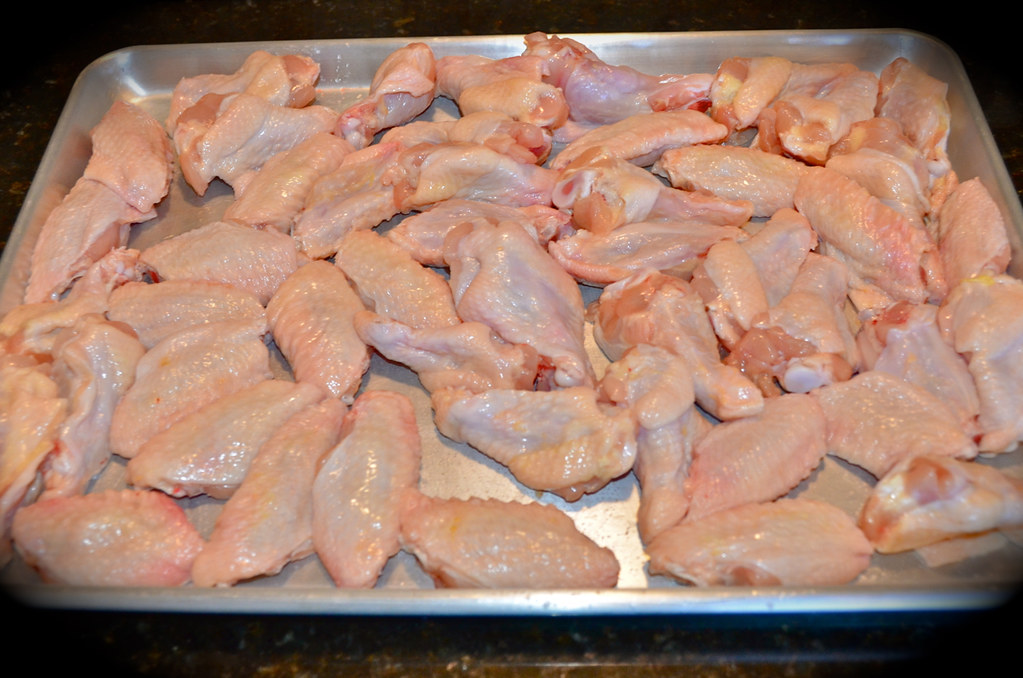 Well, he likes both but I always suggest that he likes the drummettes more.

Do you want to know what grosses me out?

I hate touching it. And I hate for anything else to touch it.

Put the chicken into a large zip-top bag until you are finished with the marinade. 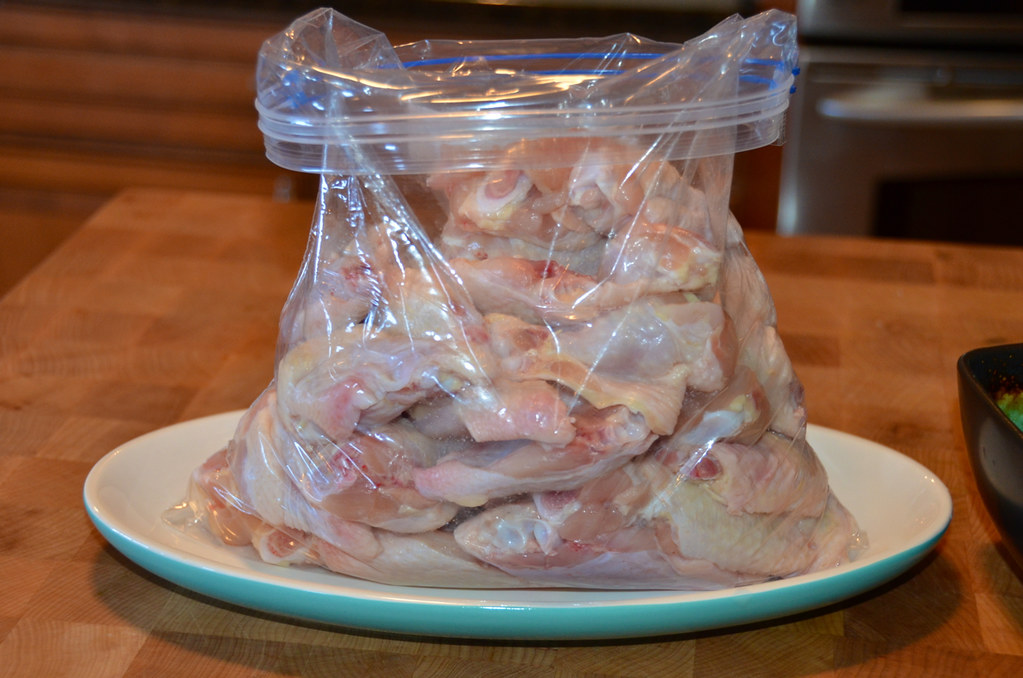 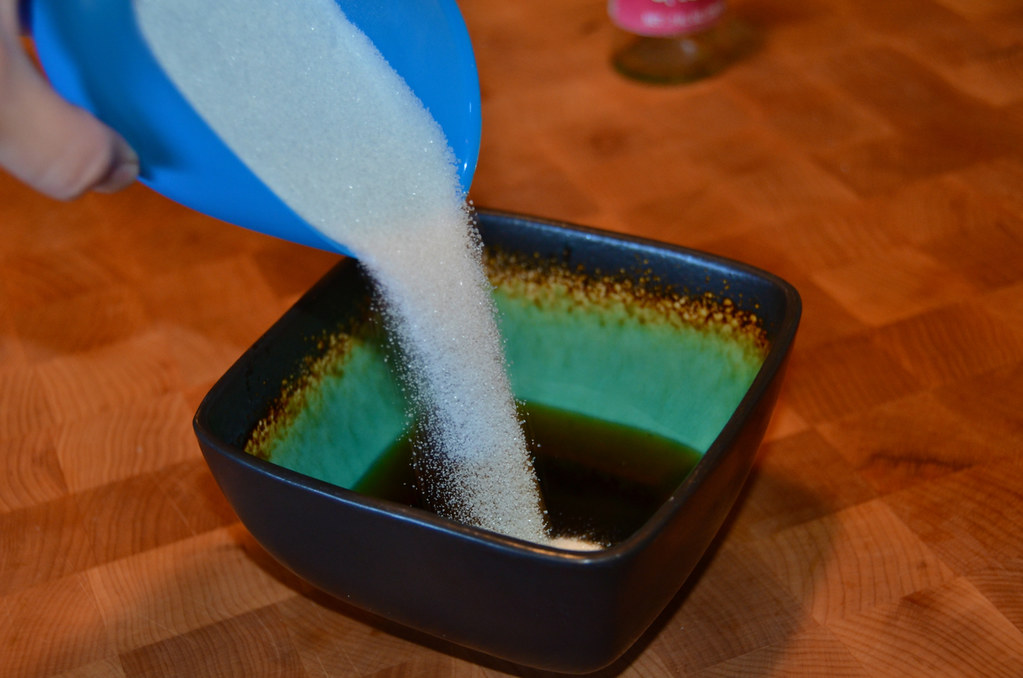 Fish sauce smells as strong as you think it does. Maybe stronger. But don’t be afraid. It’s lovely. 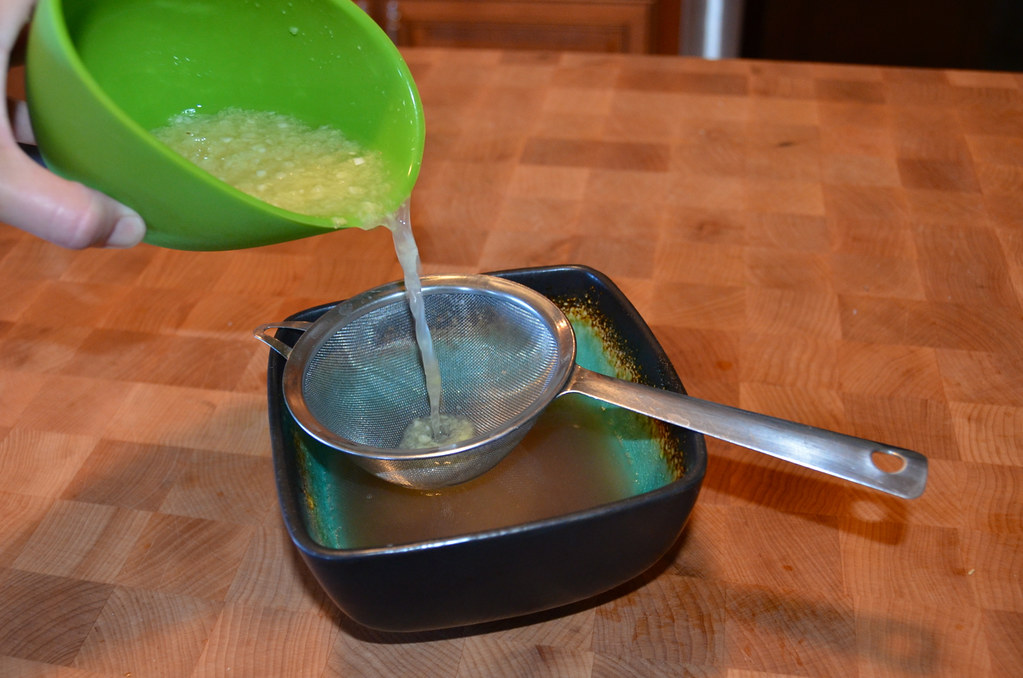 The recipe says to pour it through a cheesecloth but I don’t have one of those. A small strainer works very well.

Use the back of a spoon to push out all of the liquid into the marinade.

Save this for later. 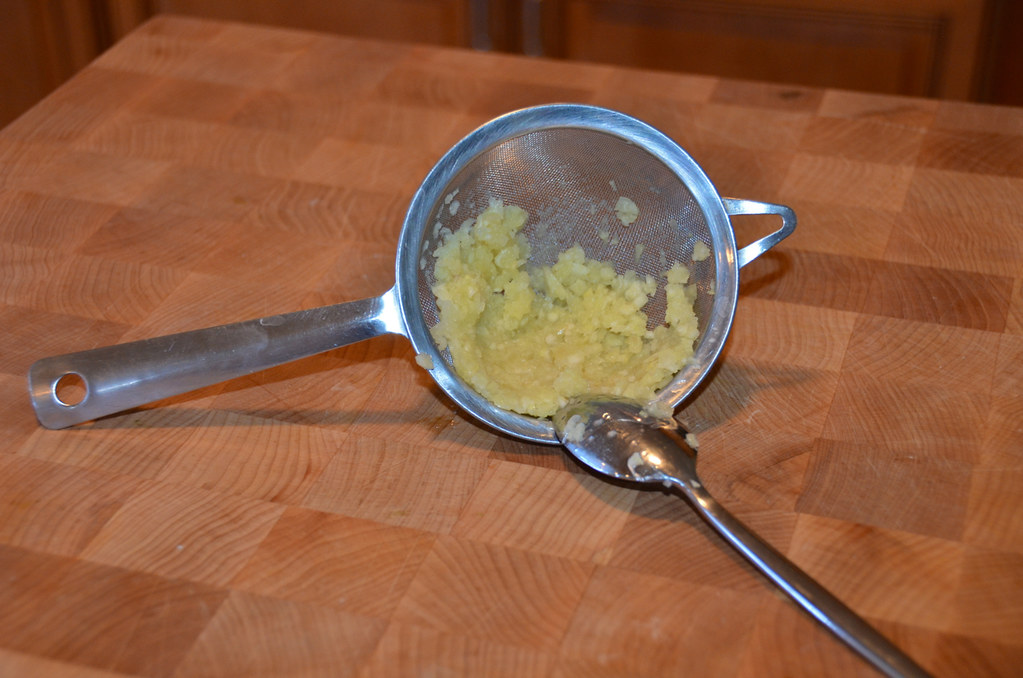 Add the marinade to the zip-top bag and put it into the refrigerator for as long as you have. Overnight would be best. 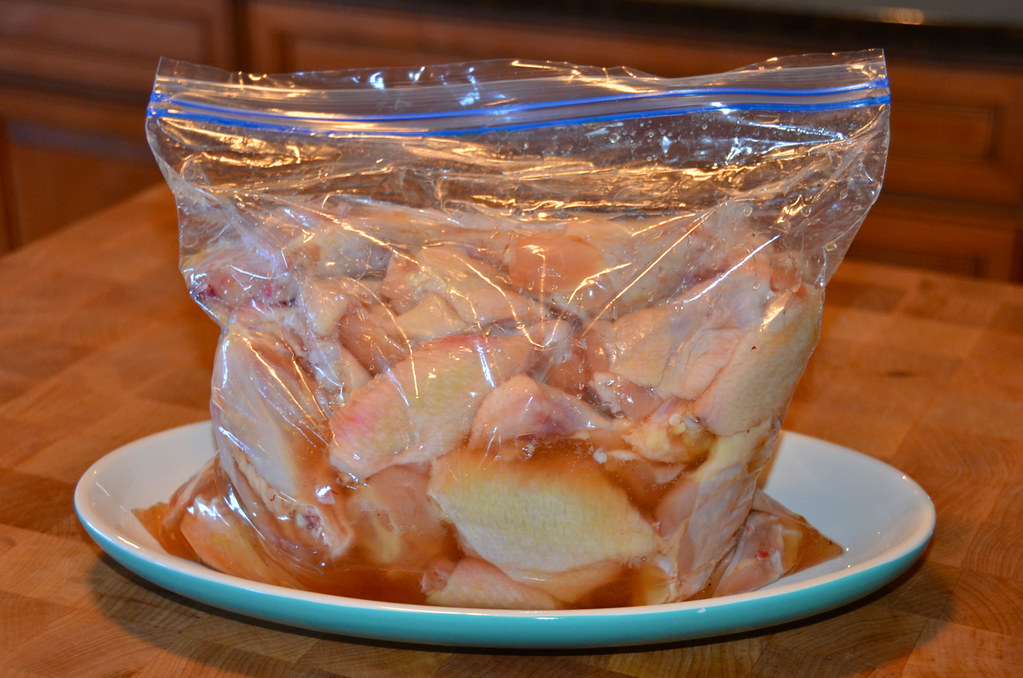 I only left mine for about an hour. 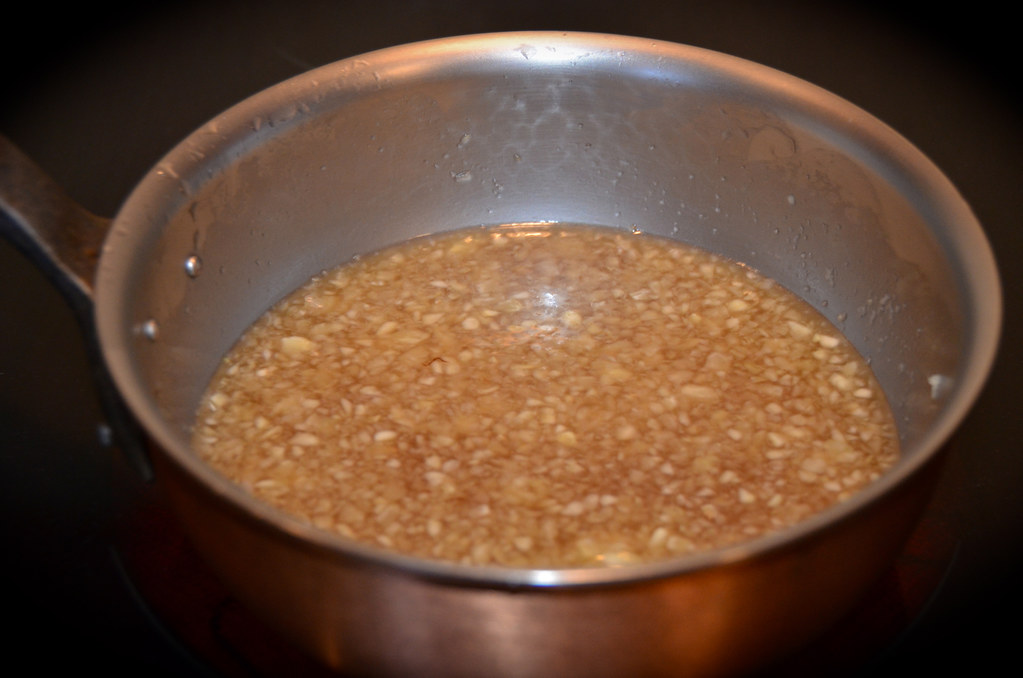 I added the garlic & ginger, too.

Bring this to a slight boil over medium-high heat and then add Roasted Red Chili Paste. 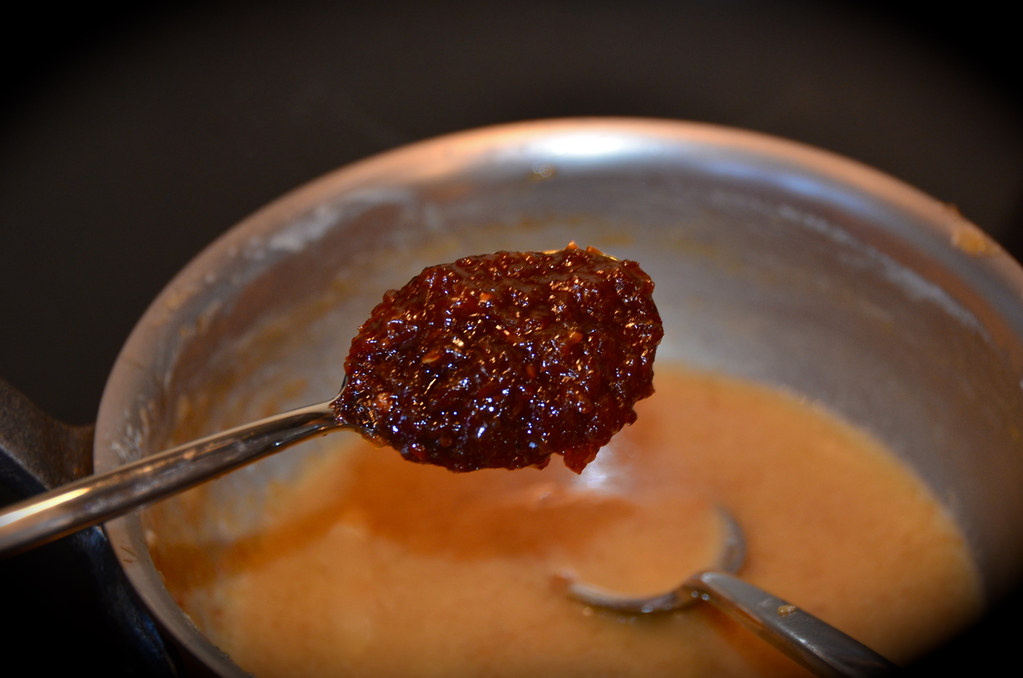 Boil until it is reduced to the consistency of syrup. 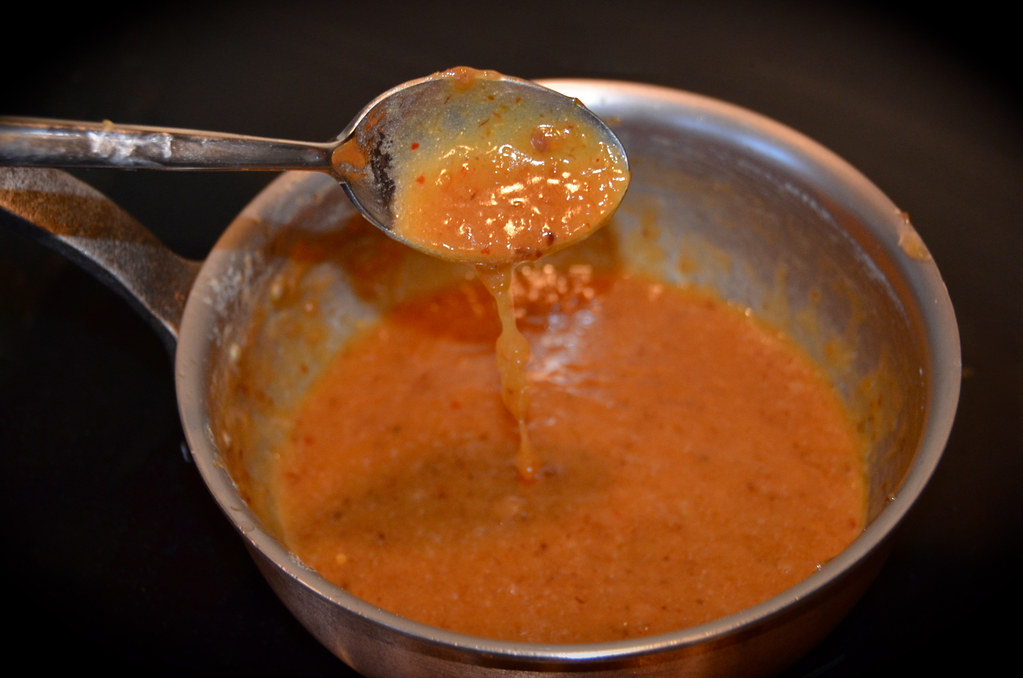 The first couple of times I made these, I fried them in batches like the recipe says. 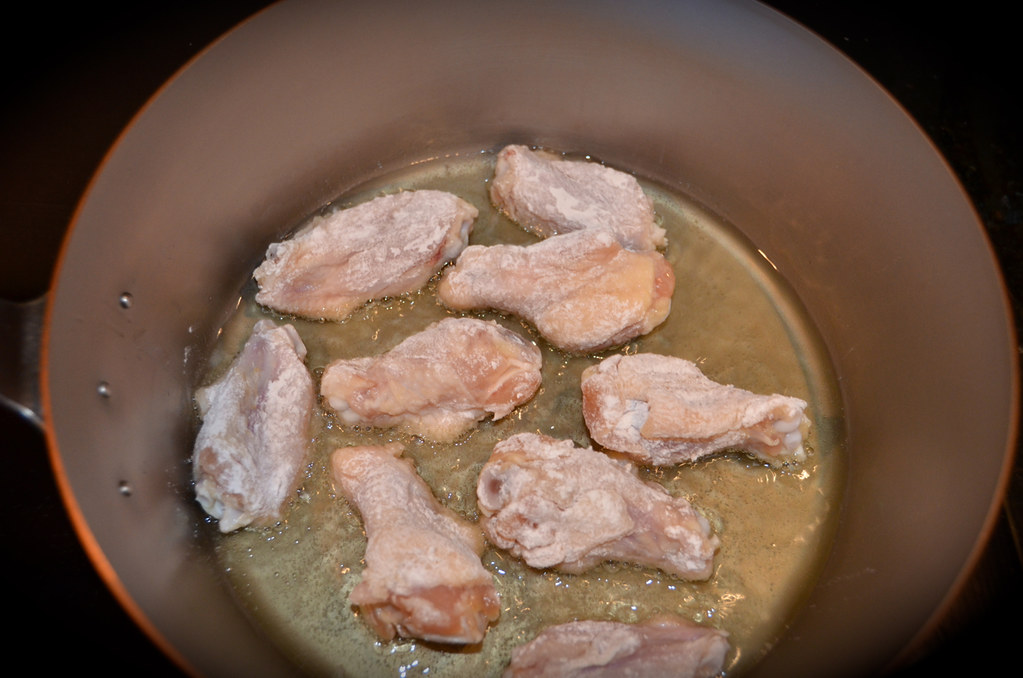 If you do it this way, you can keep the wings in a preheated 200F oven until all of the wings are cooked. 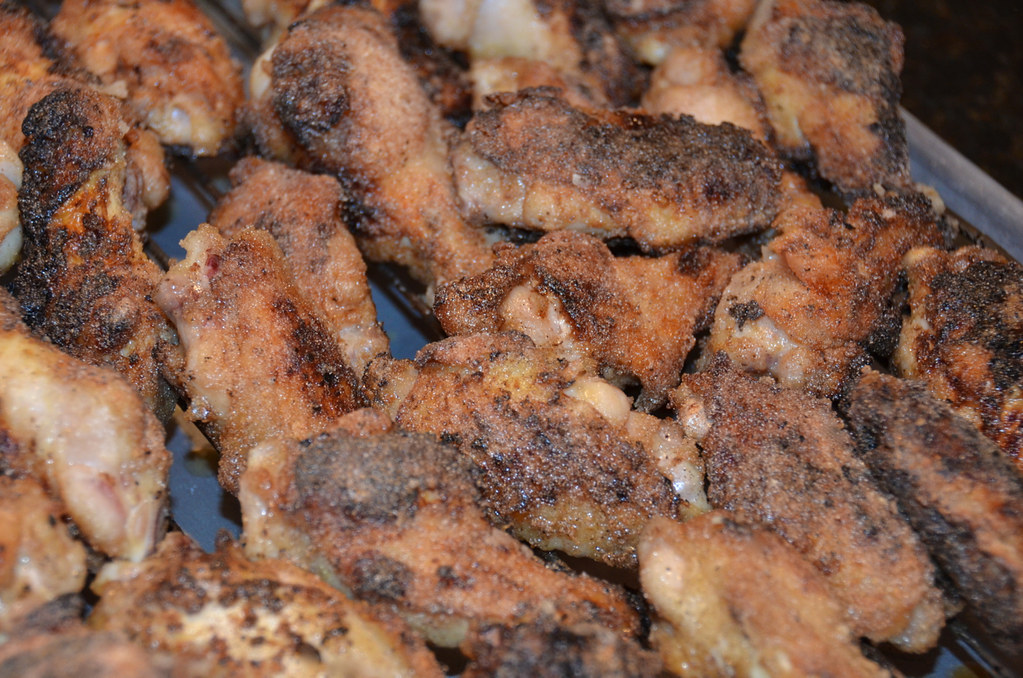 The other night I grilled them on my Big Green Egg. 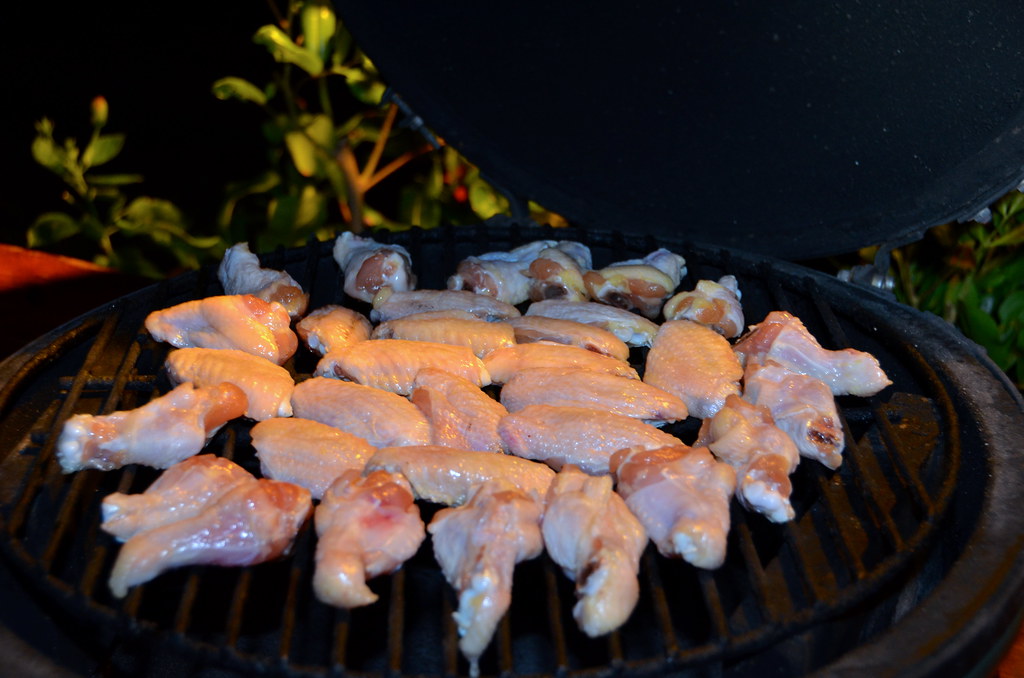 I liked it a lot more than the bread and fry option. But that’s the fun part about cooking — it’s all up to you!

I grilled them at 300F with a raised grid. 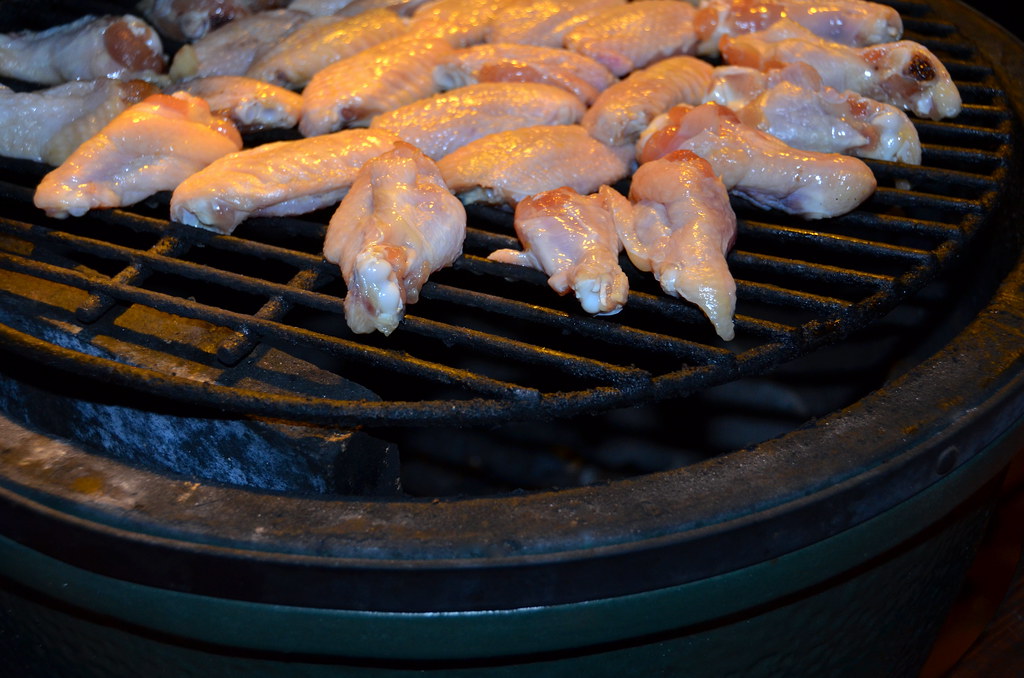 That means there is more space between the fire and the food. There is a lot of sugar in the marinade so be careful of flareups.

I cooked these for almost an hour: 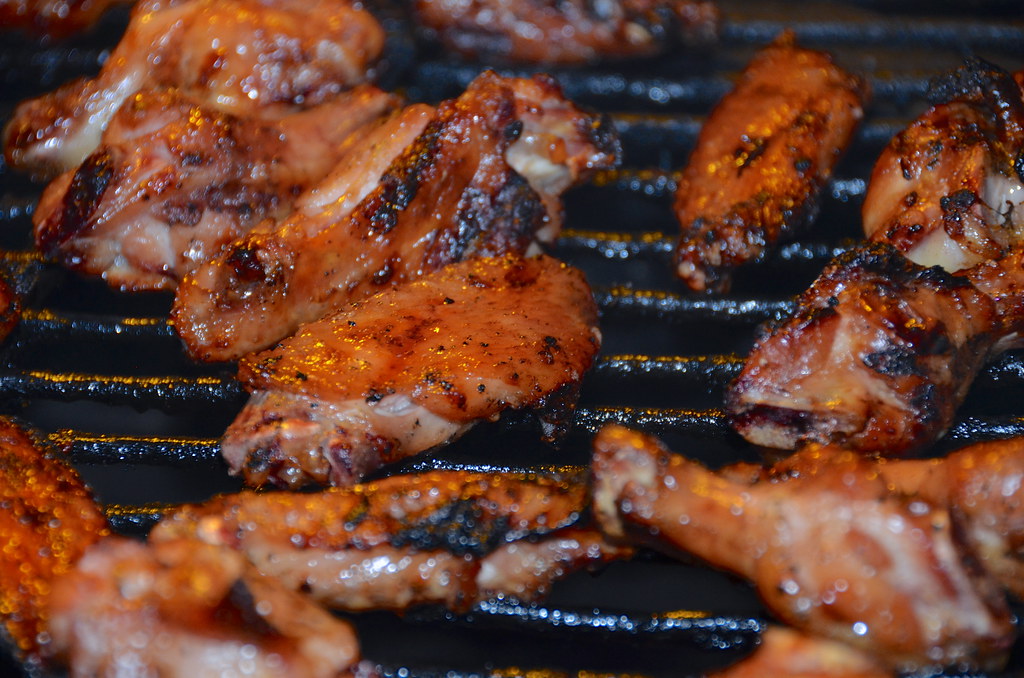 And they were ready for final steps. 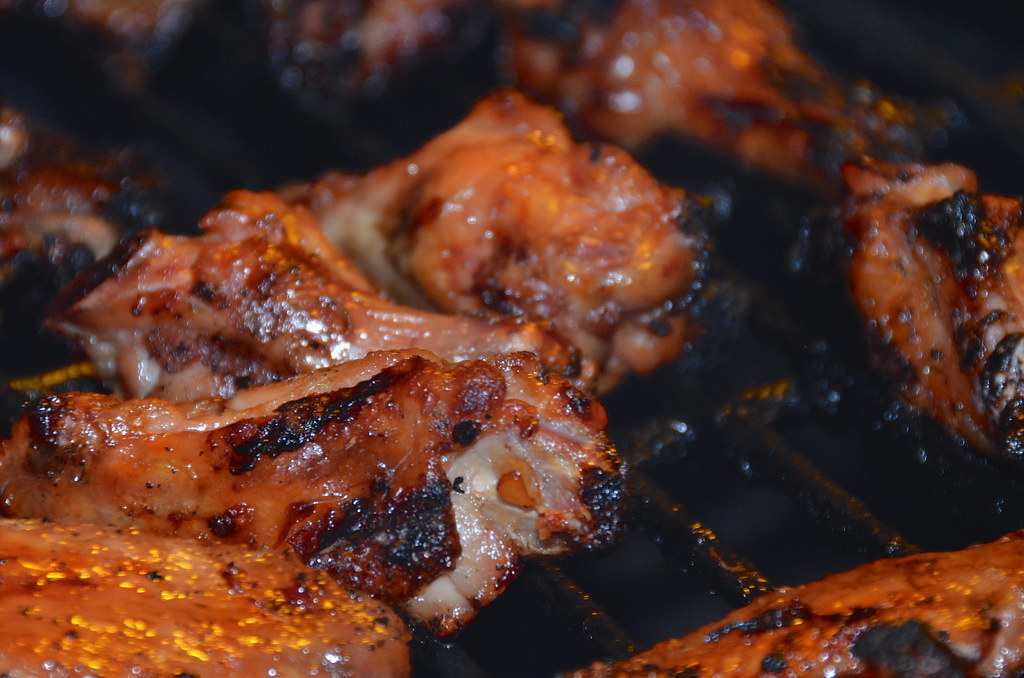 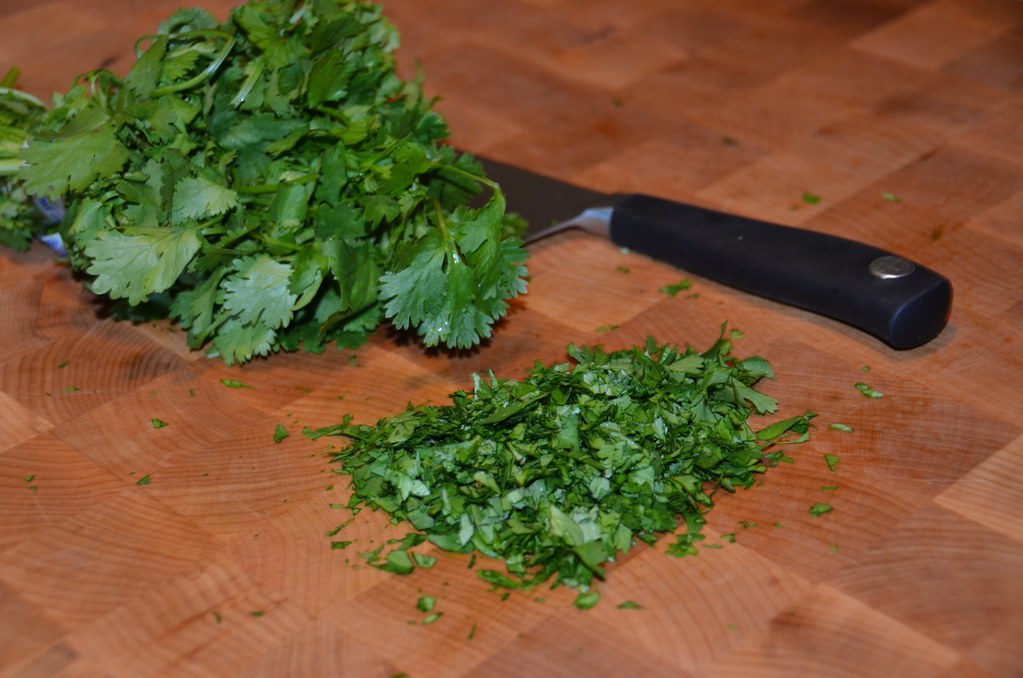 Then toss the cooked wings in the sticky sauce and cilantro. 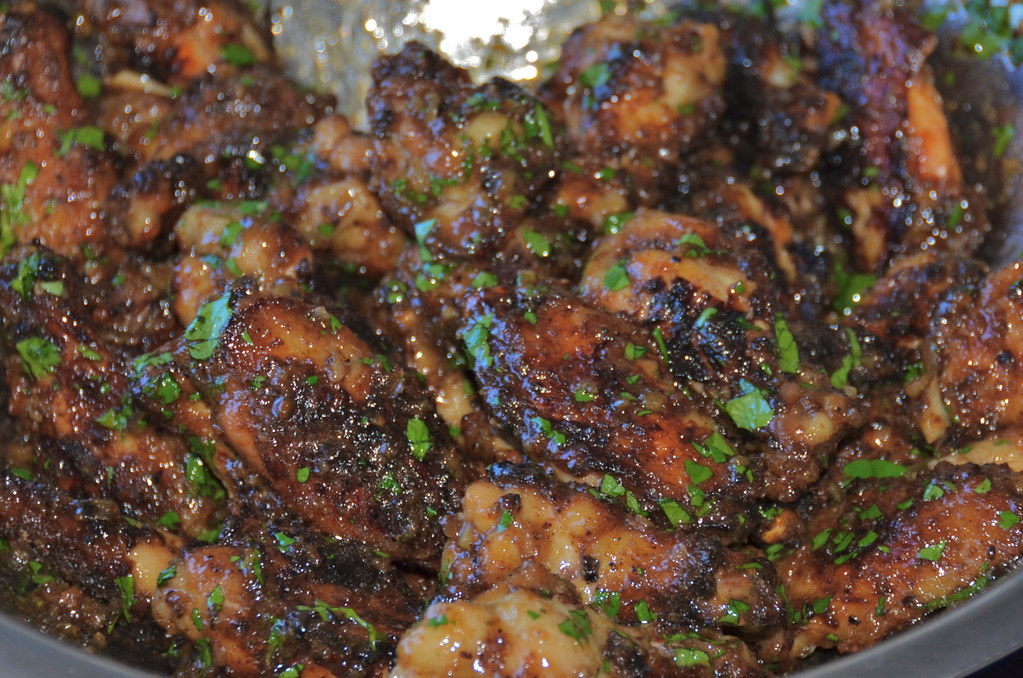 Make sure every nook and cranny is covered.

Grab a handful of napkins and dig-in!