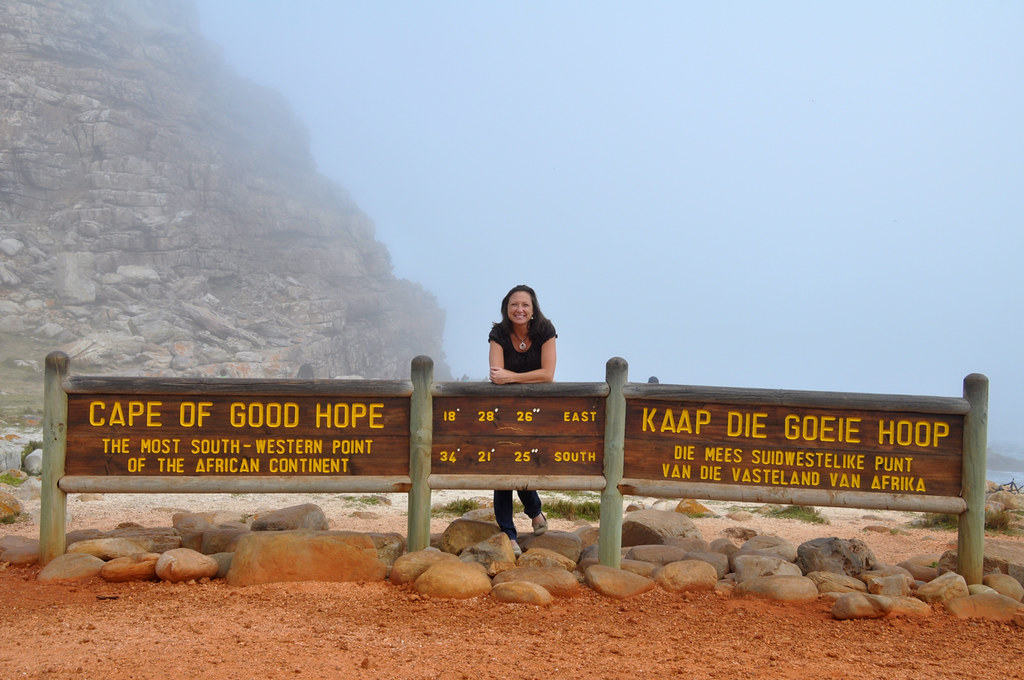 After lunch in The Winelands on New Years Eve (2010), we drove to Cape Town.

We rented a small apartment in De Waterkant Village, about 0.6 miles from the V & A Waterfront and 1 mile from Cape Town Stadium. 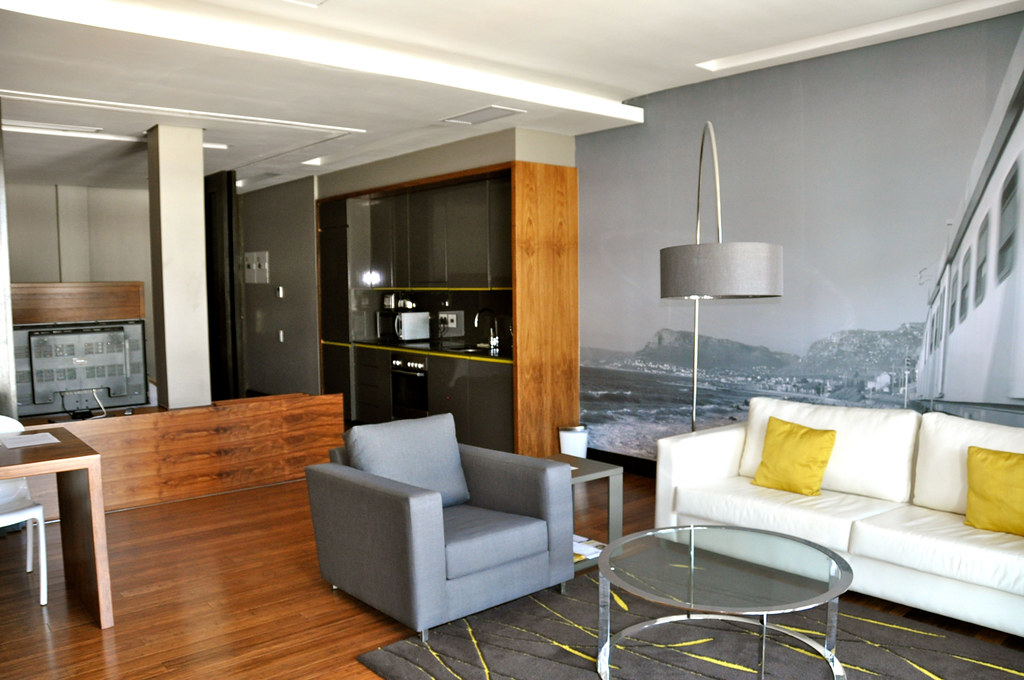 The apartment at Cape Quarter Living was spacious, trendy, and had a magnificent view of Table Mountain. 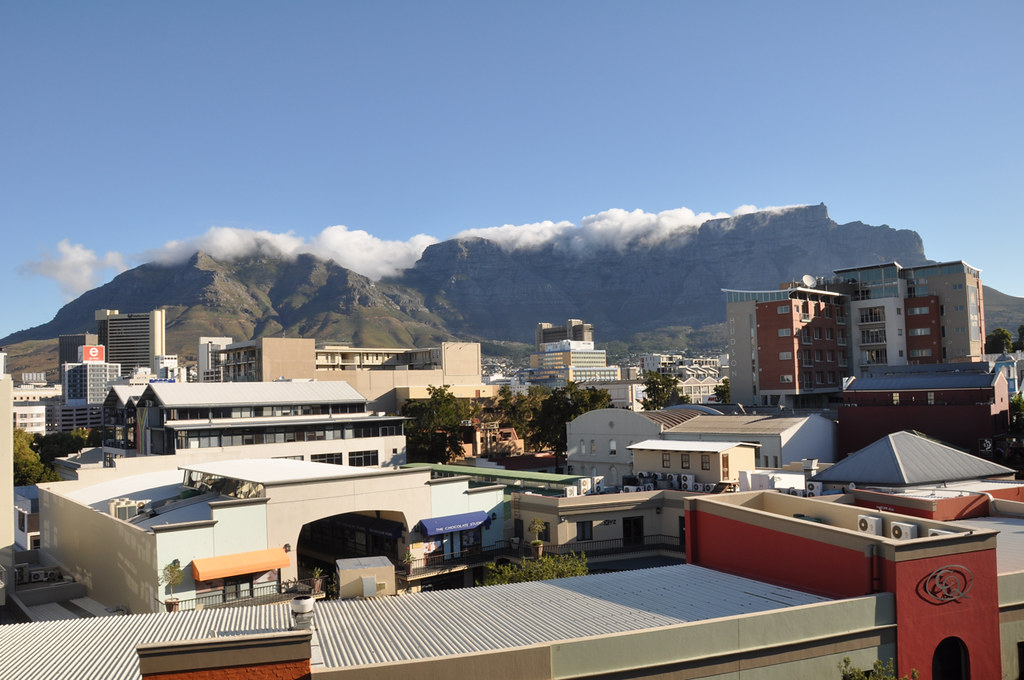 We walked down to the V & A Waterfront and listened to a local band called Hot Water who play authentic South African music.

Back at the apartment, we watched the sun set gracefully over Cape Town from the rooftop deck. 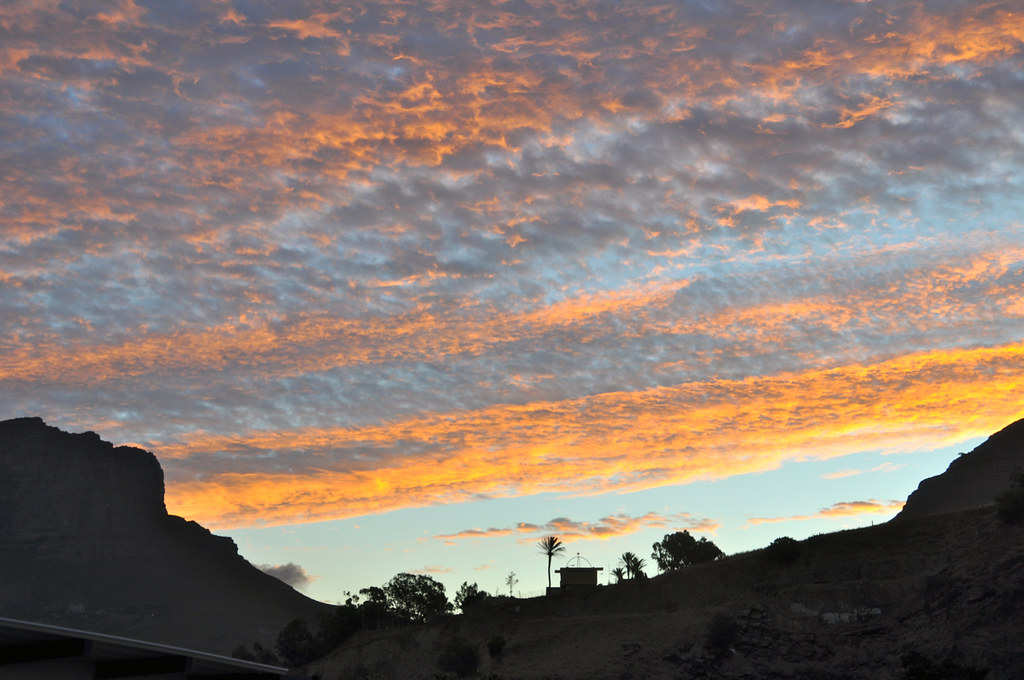 The Square at Cape Quarter is where we decided to ring in the New Year. 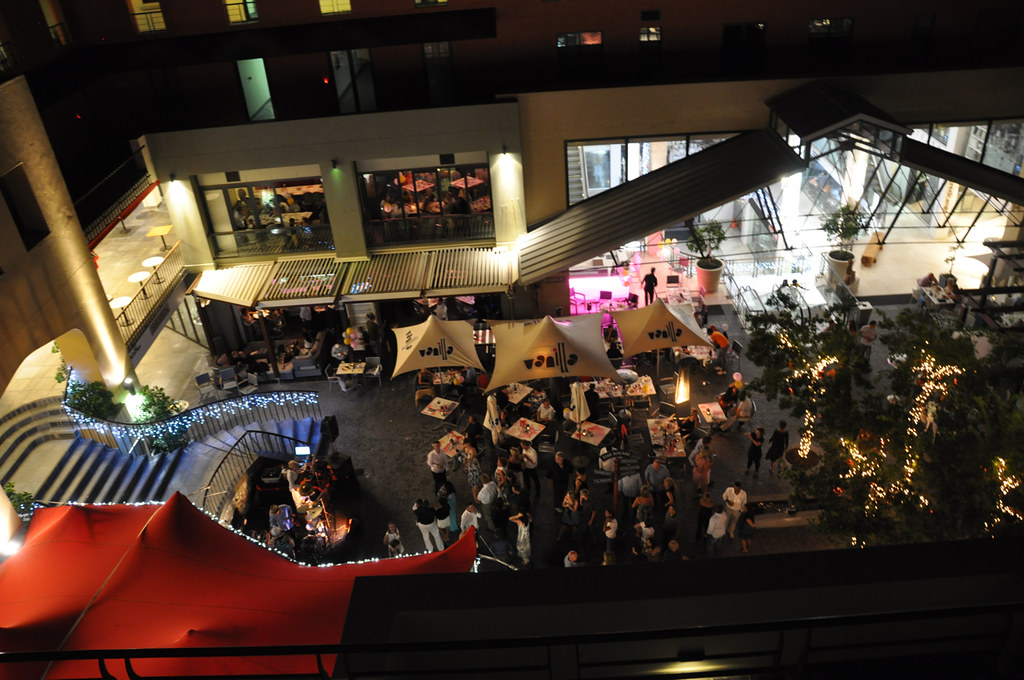 They had live music, a dance floor, and plenty of food and drinks to enjoy throughout the night.

A few minutes before midnight we went back to the roof to watch the city’s firework show. 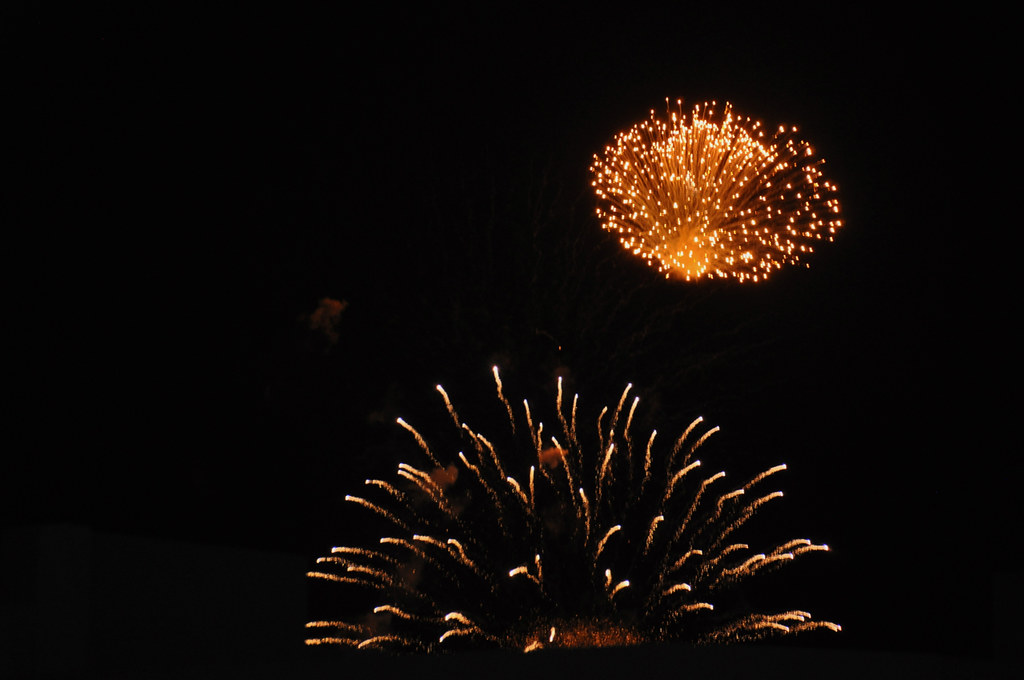 New Years Eve in Cape Town was a BLAST! 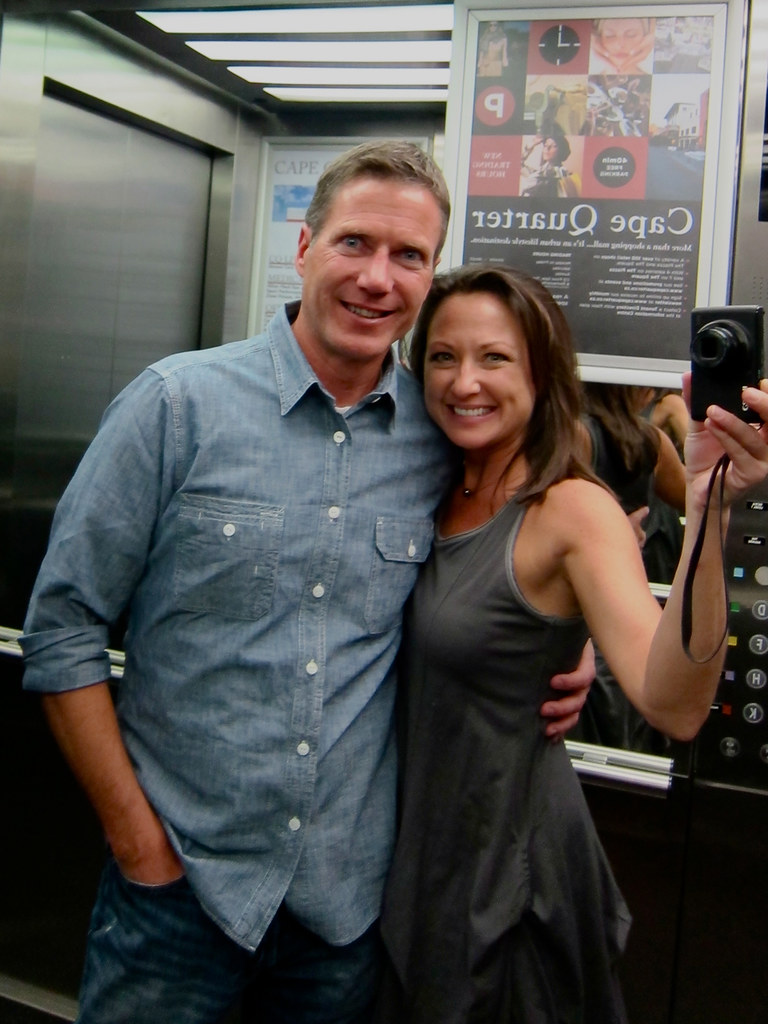 The first day of 2011 we took a road trip and explored the Western Cape. 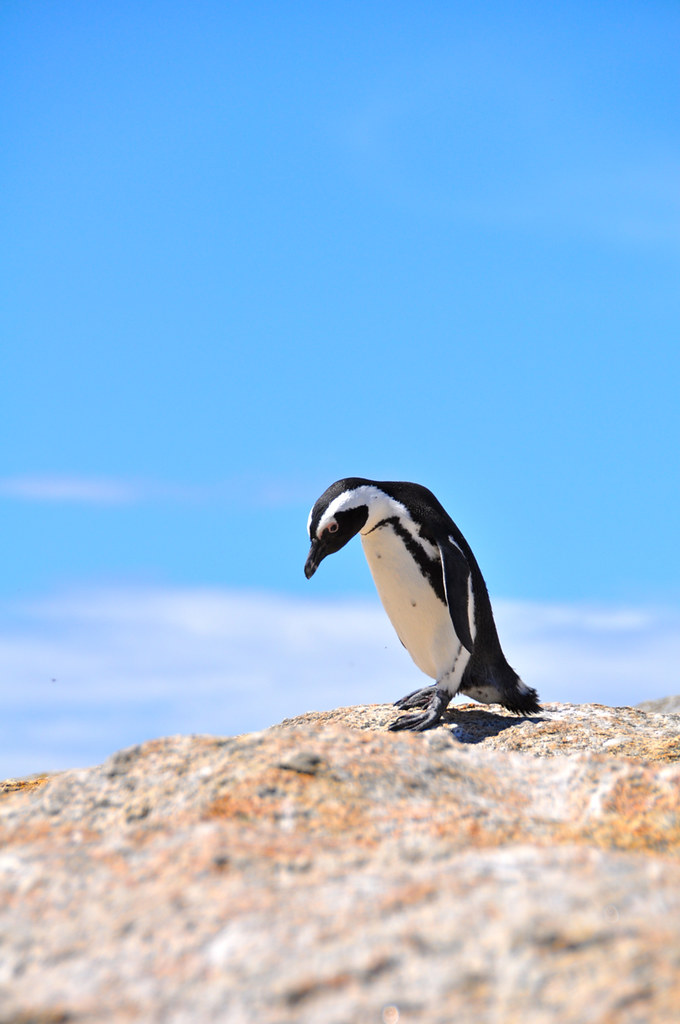 Our first stop was Boulders Beach to see penguins. 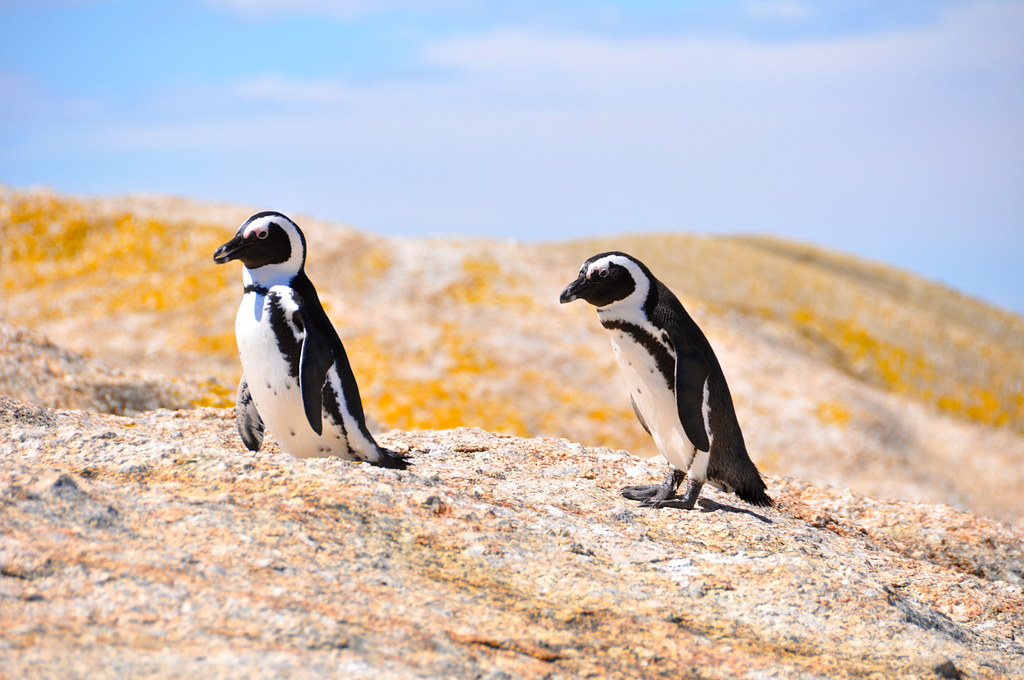 We climbed up on a boulder that was surrounded by the vibrant colors of the False Bay and enjoyed the sensational view. 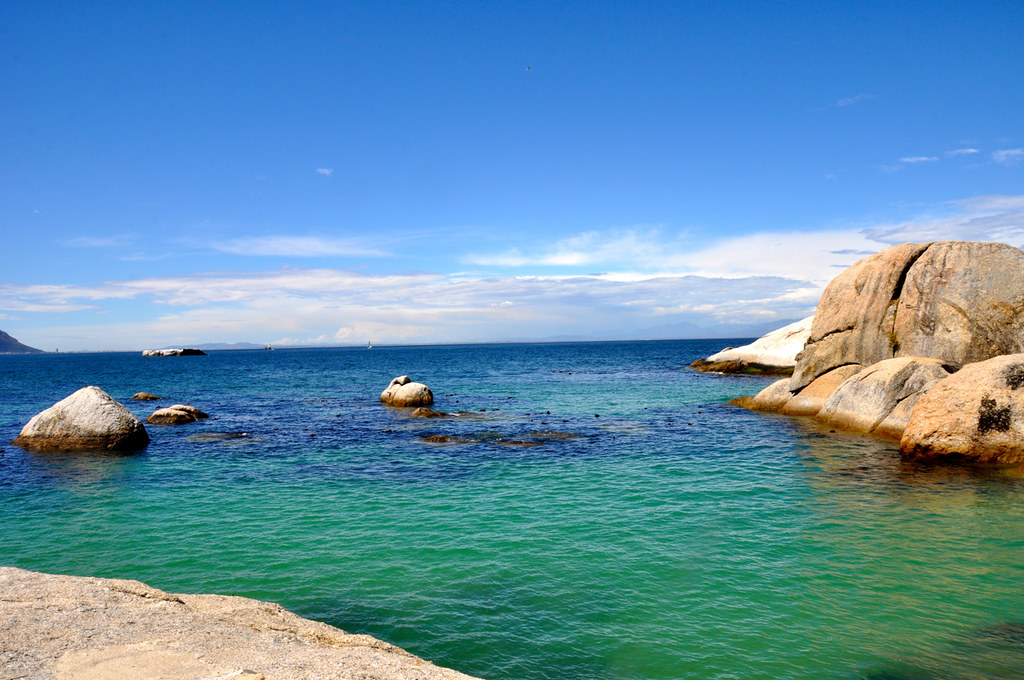 Our next stop was Table Mountain National Park. 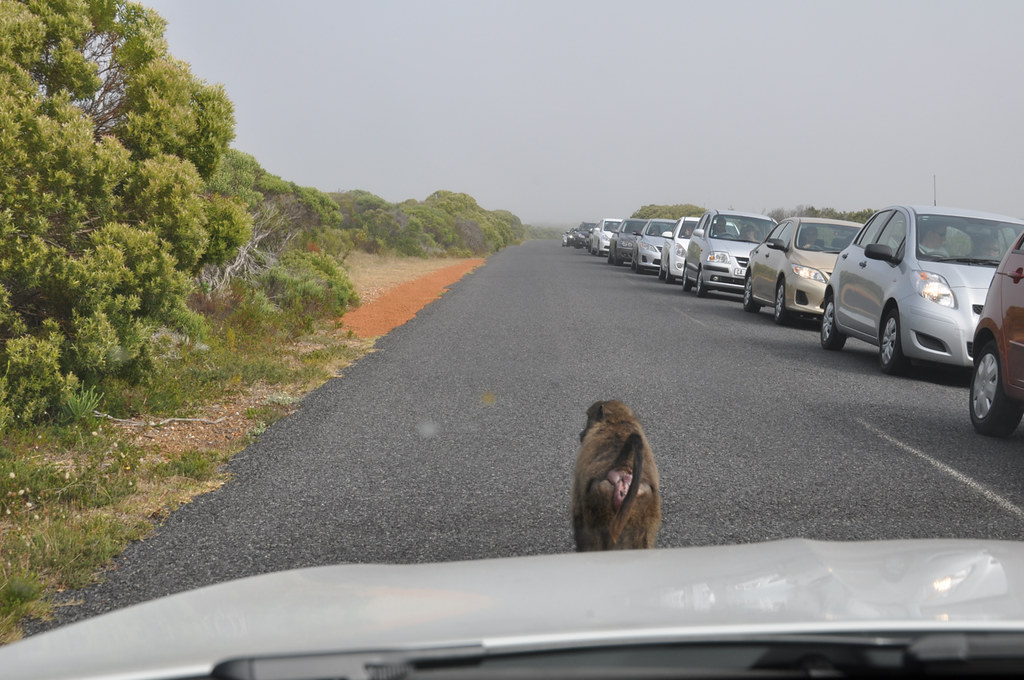 We saw a family of playful baboons on the side of the road. 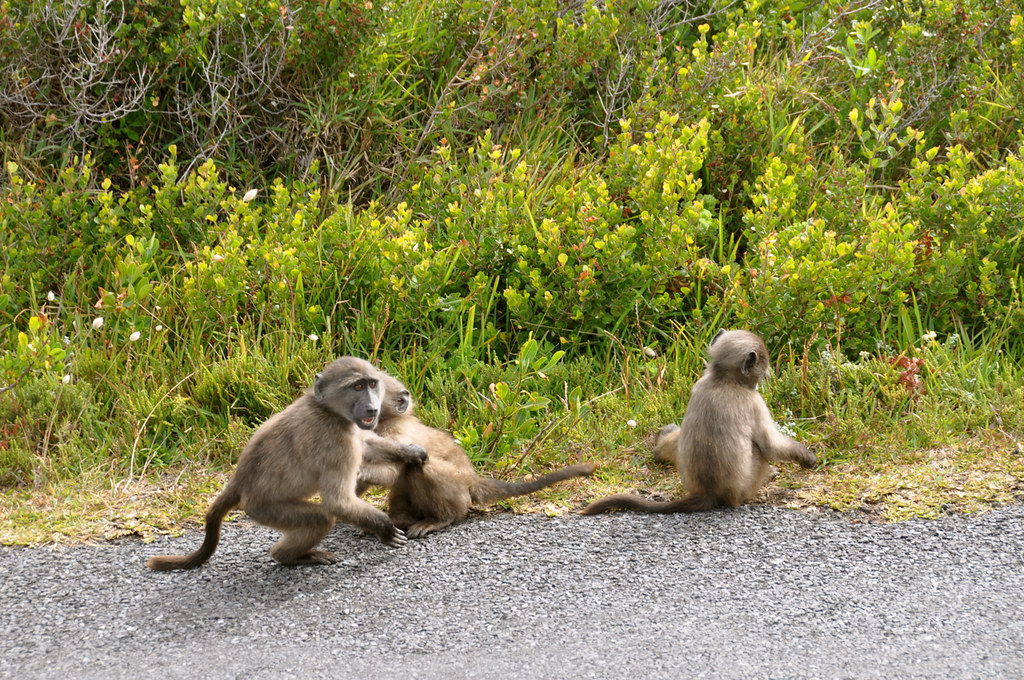 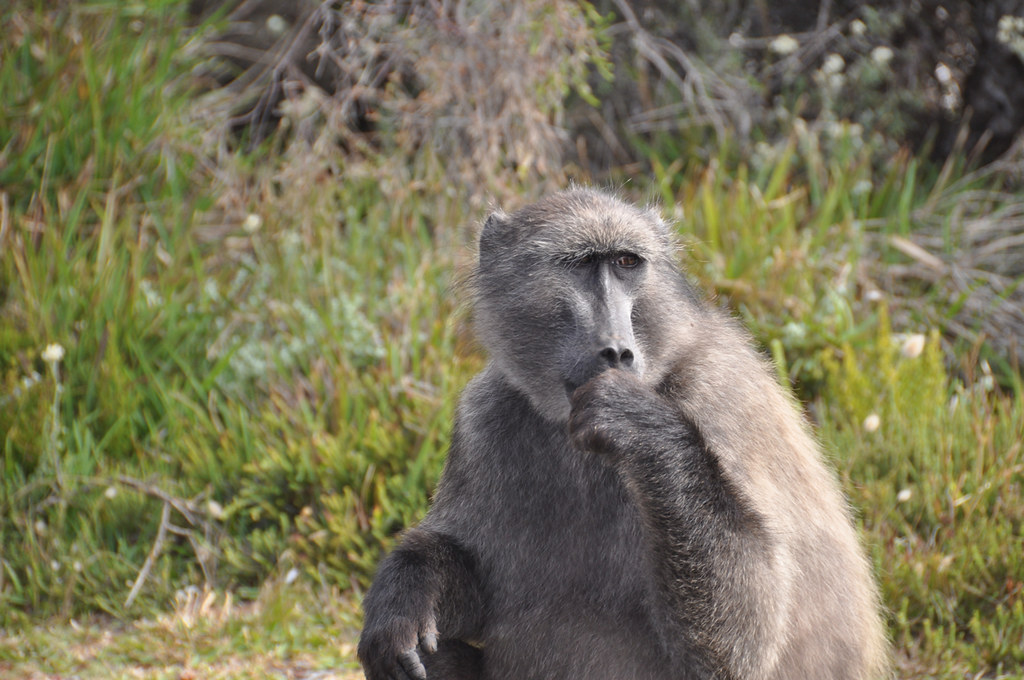 We made it up to the Cape Point Lighthouse just in time to get a few pictures before the fog rolled in. 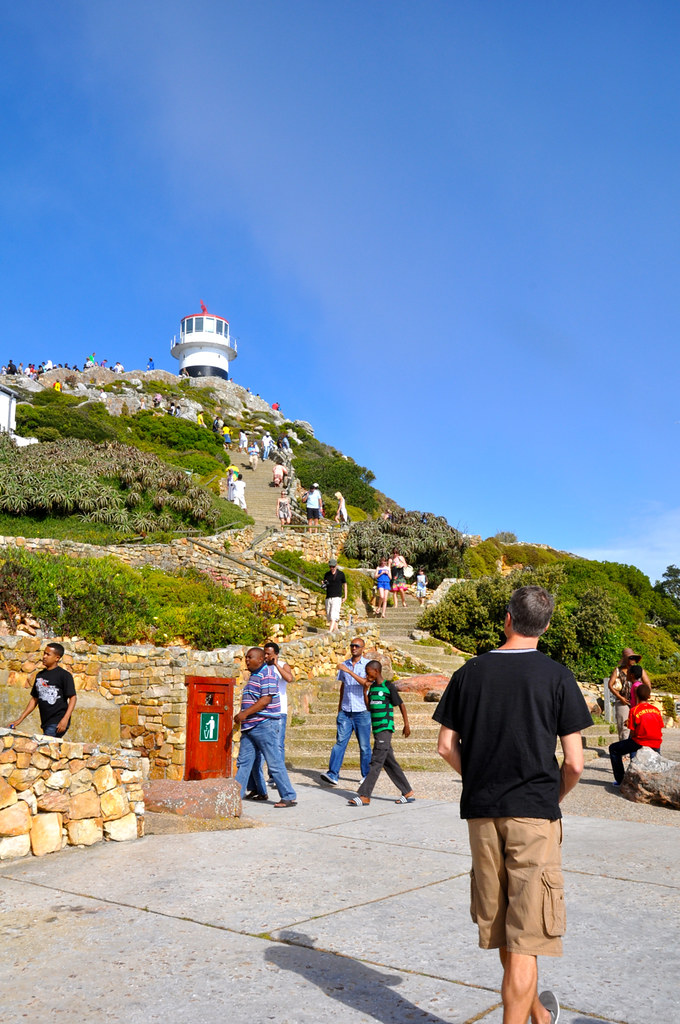 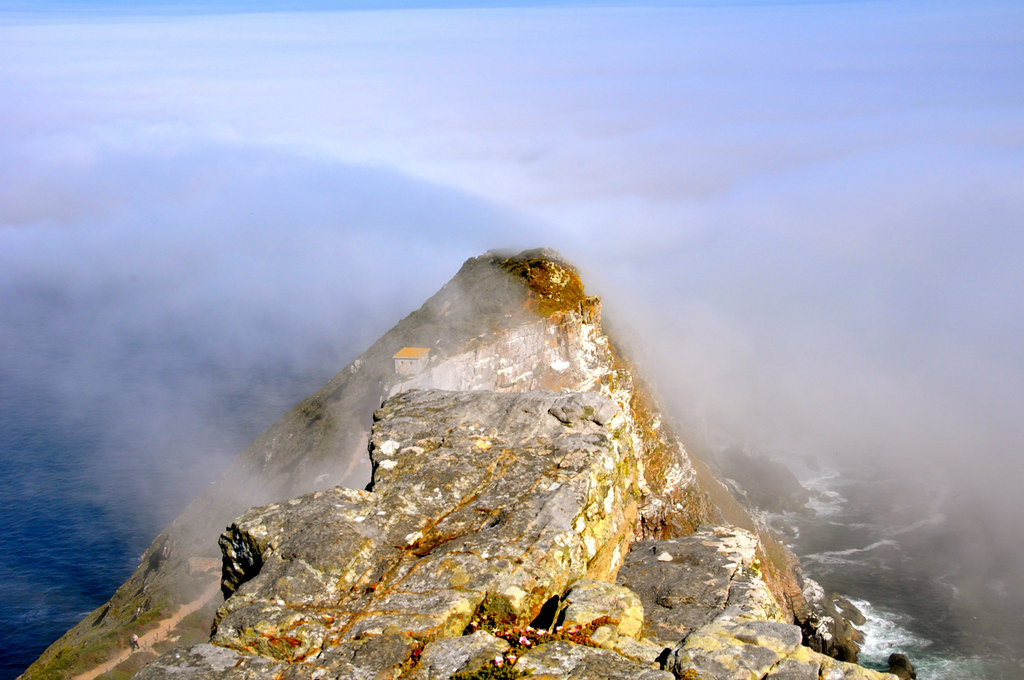 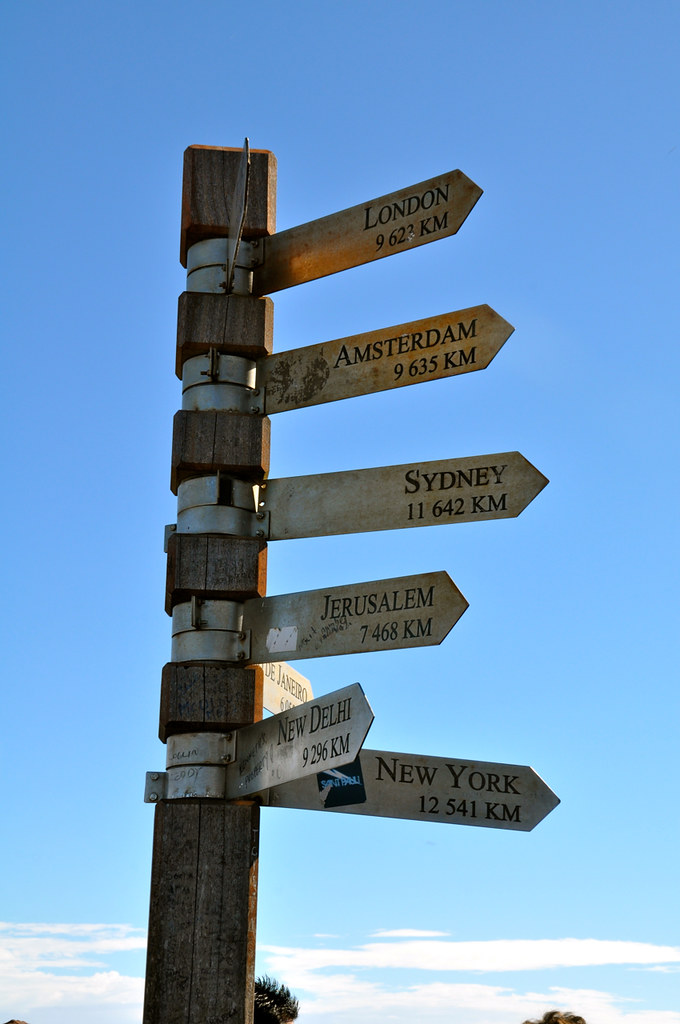 The fog was much thicker at the Cape of Good Hope by the time we got there:

But it didn’t take away from the beauty of the cliffs or the waves rhythmically crashing against them. 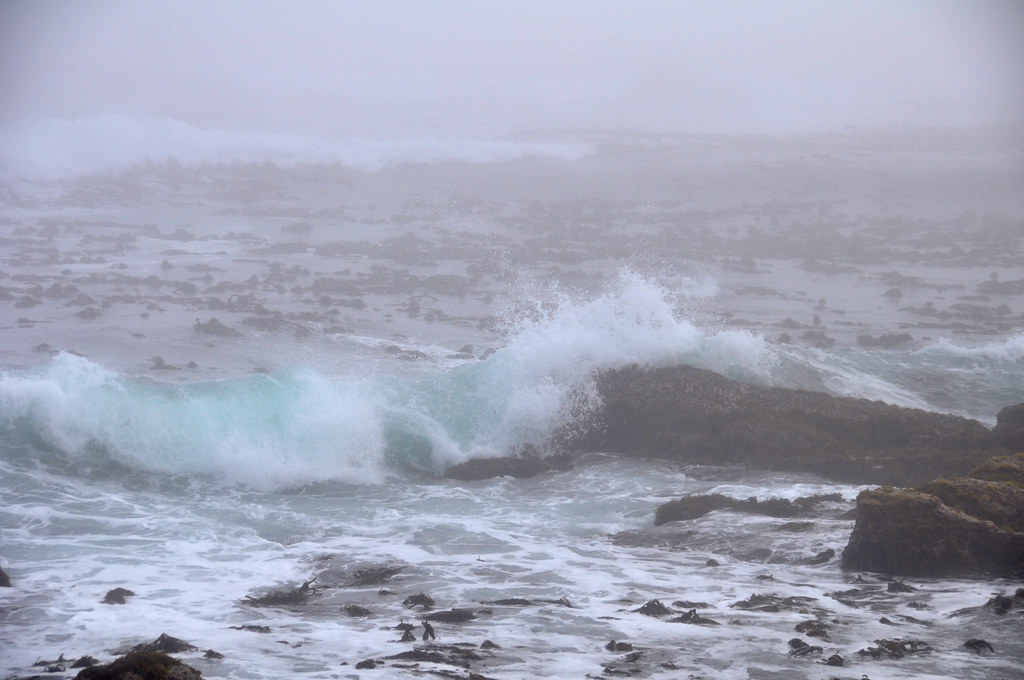 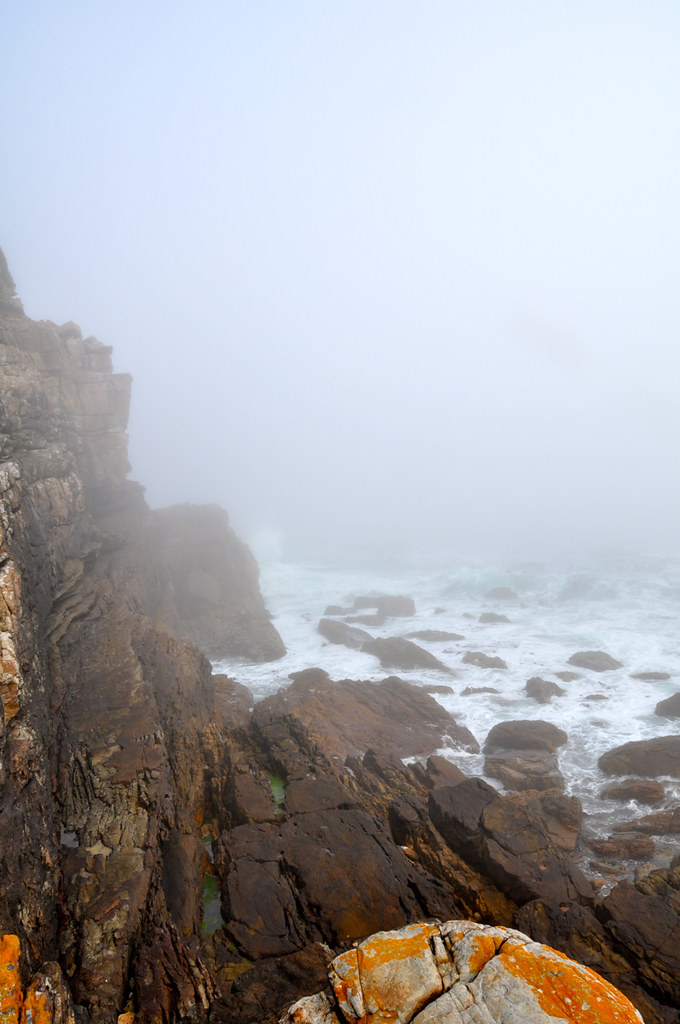 We climbed up on the cliff and found the perfect spot for a picnic. 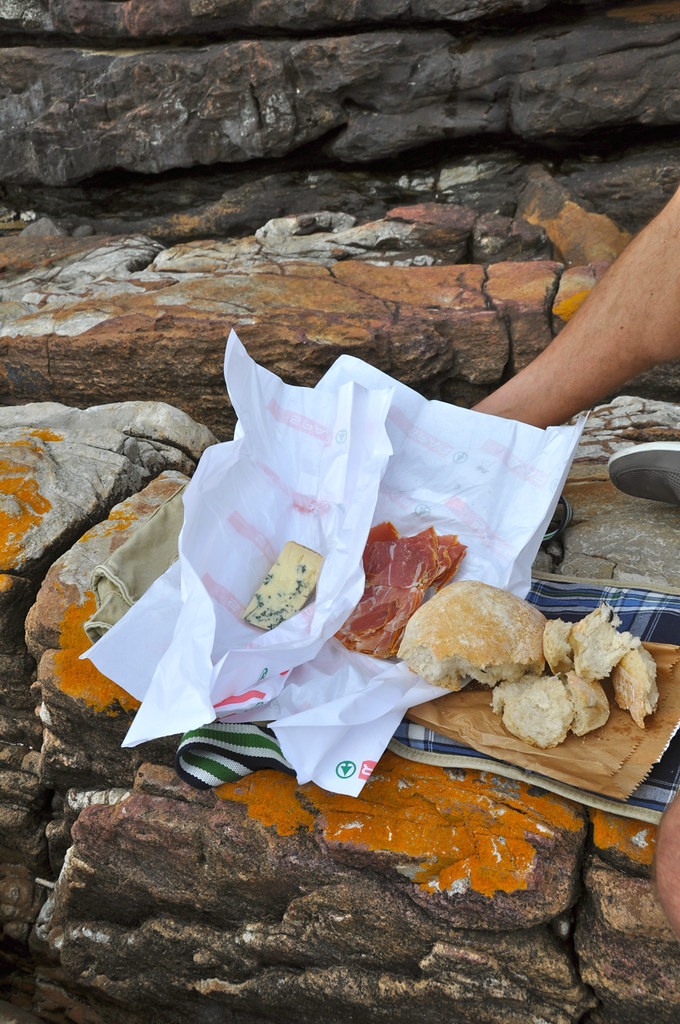 It was one of those moments in life that make you want to pinch yourself.

Are we really having a picnic at the most southwestern point of the African continent? 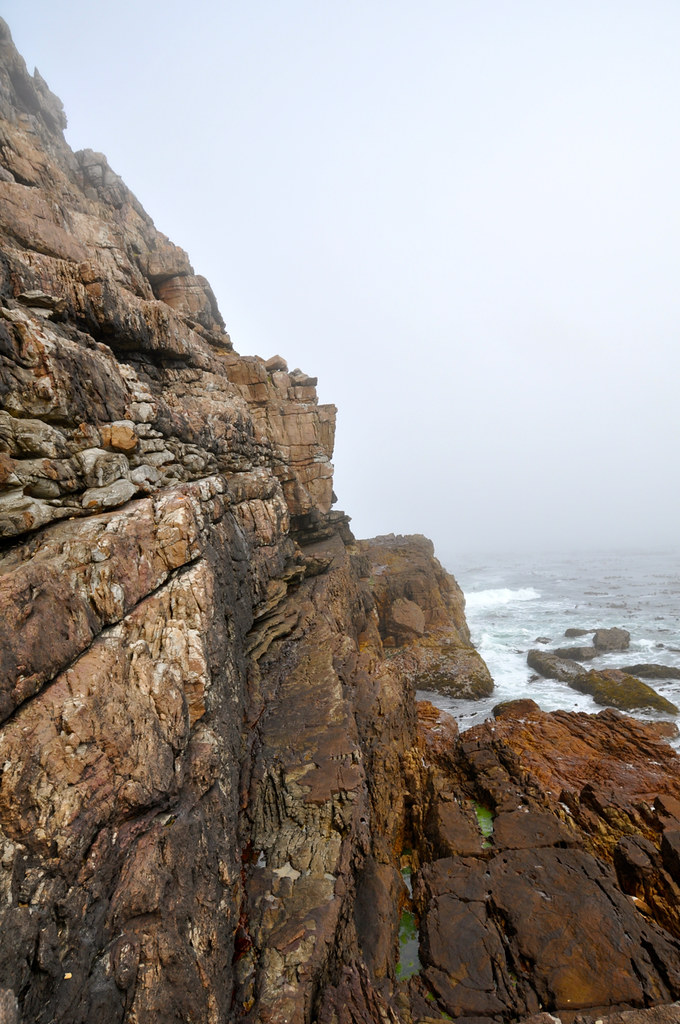 On our way back to Cape Town we once again attempted to digest the scenery surrounding us and the artistry around each and every corner. 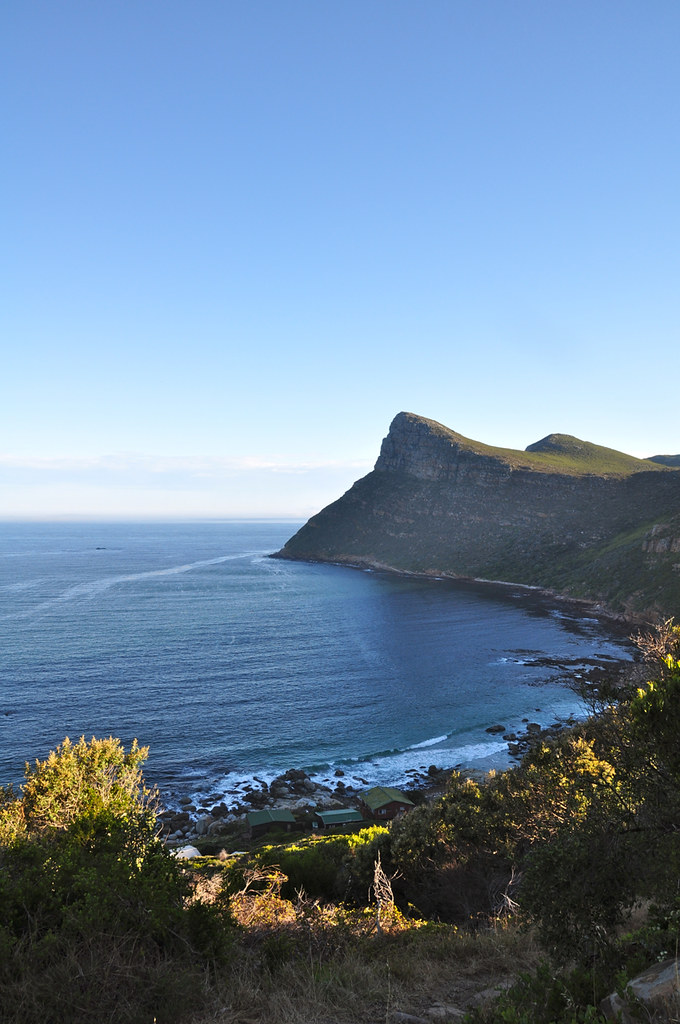 The next day we took another drive along the coast of the Western Cape.

We ended up in Paternoster, a traditional fishing village. 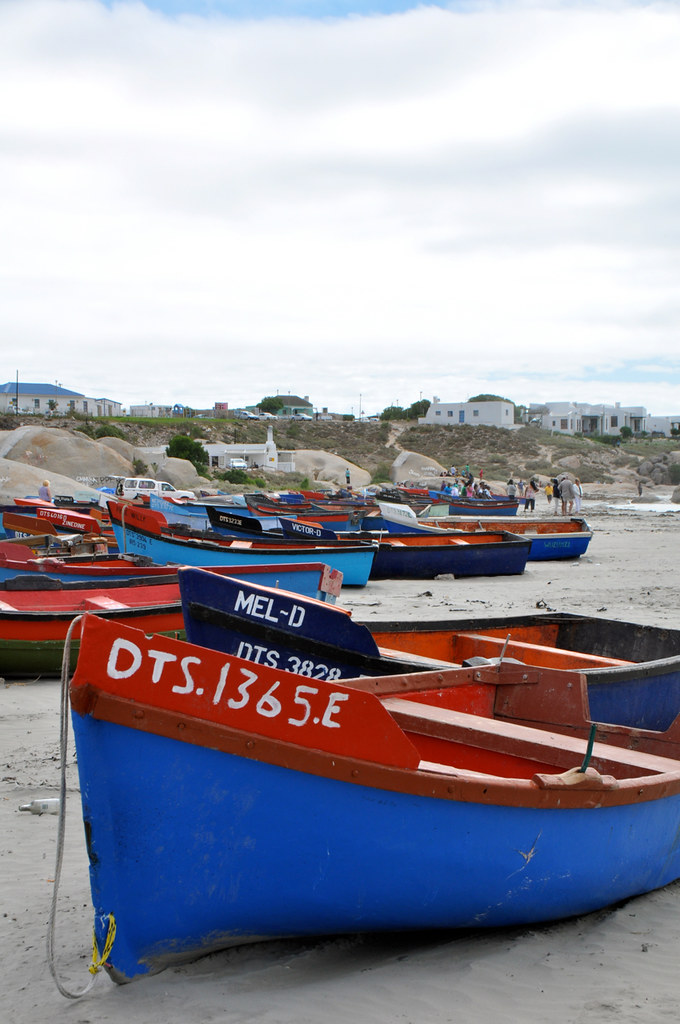 Our lunch was another picnic: 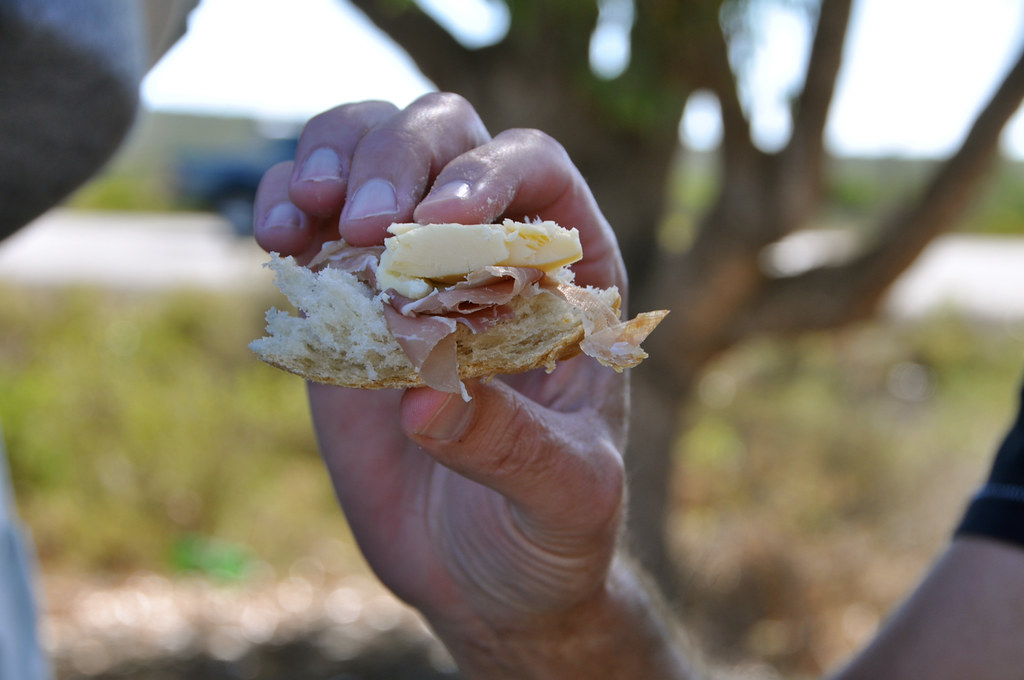 This time under a big tree with an ostrich watching us. 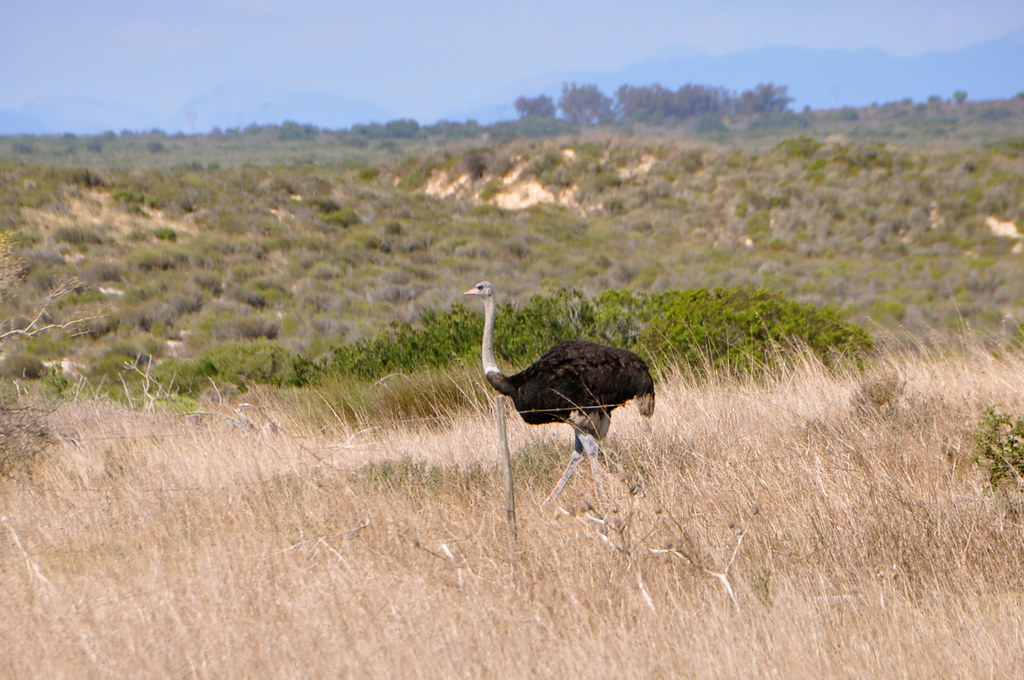 Later that night we went to Constantia Uitsig Wine Estate and ate dinner at their restaurant, La Colombe.

The food is best described as contemporary French Cuisine with Asian influences. 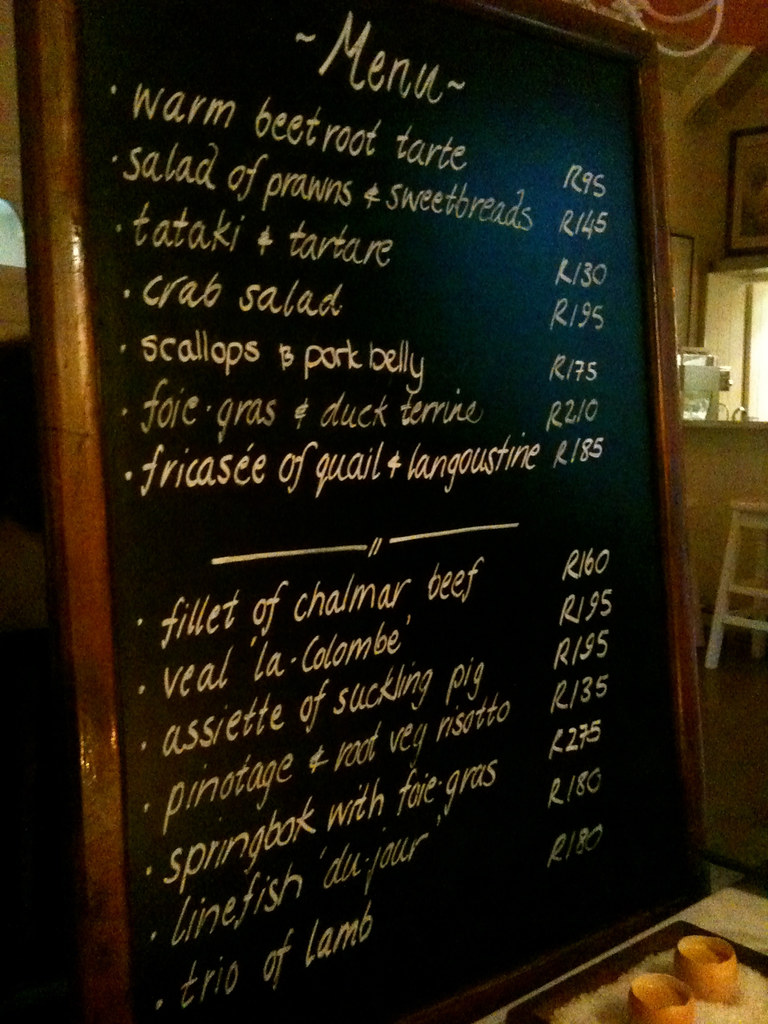 I like inspiring ingredients on creative menus with stimulating food adjectives.

I wish we had planned more time in Cape Town, but I think I said that about every place we visited in South Africa. 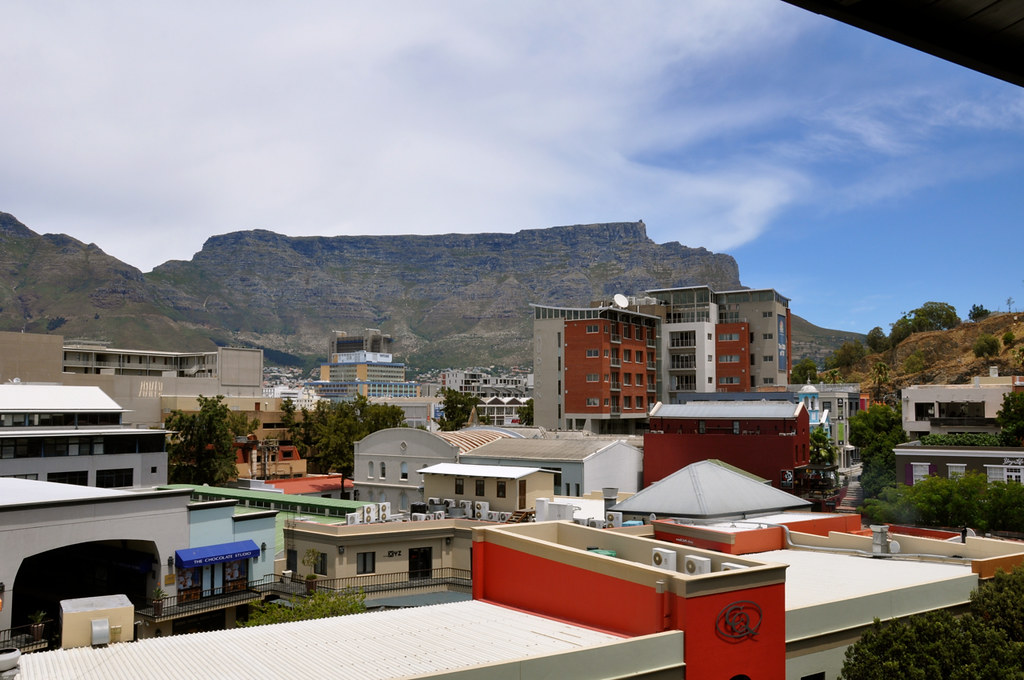 January 3rd we started our journey along Route 62, also known as the Garden Route. 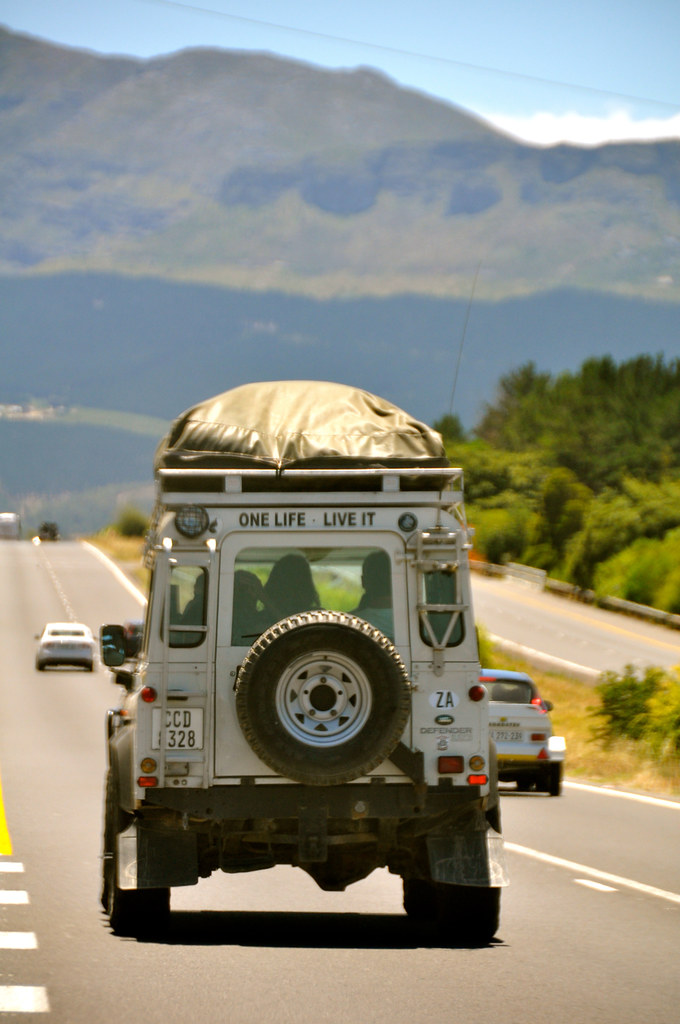 South Africa is one of my favorite places in the world! See more trips and photos HERE.