John and I went to Taipei for a couple of days in December 2014.

Anytime we are in China or anywhere near China, I look for a Peking Duck restaurant.

When I googled “best Peking duck in Taipei” I got a handful of recommendations and one of them was Celestial Restaurant in Zhongshan District. 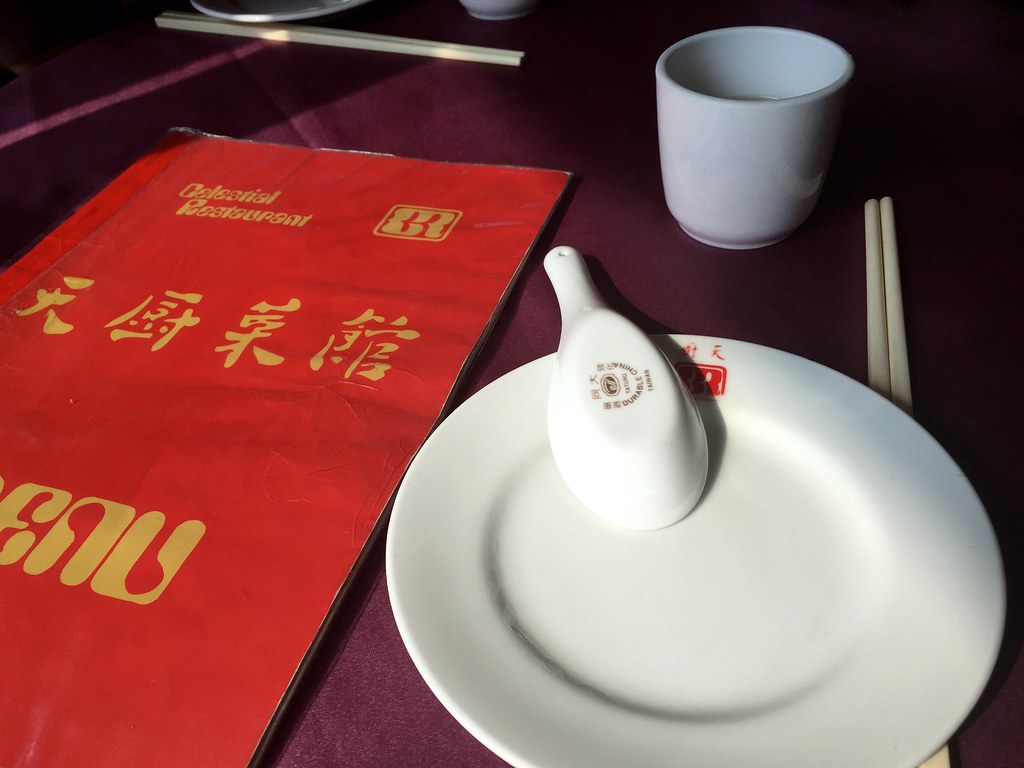 Simply take the MRT to Zhongshan Station. Follow the signs to Exit 4 and then walk east on Nanjing Road for about 1 minute. Celestial Restaurant can be a little tough to spot but a good landmark is the Royal Inn Taipei. The restaurant is located in the same building.

Celestial Restaurant serves duck three ways: crispy skin, juicy meat, and then soup made with the rest of the duck. Since it was just the two of us eating, we ordered the duck two ways and it was still way more food than we could eat. 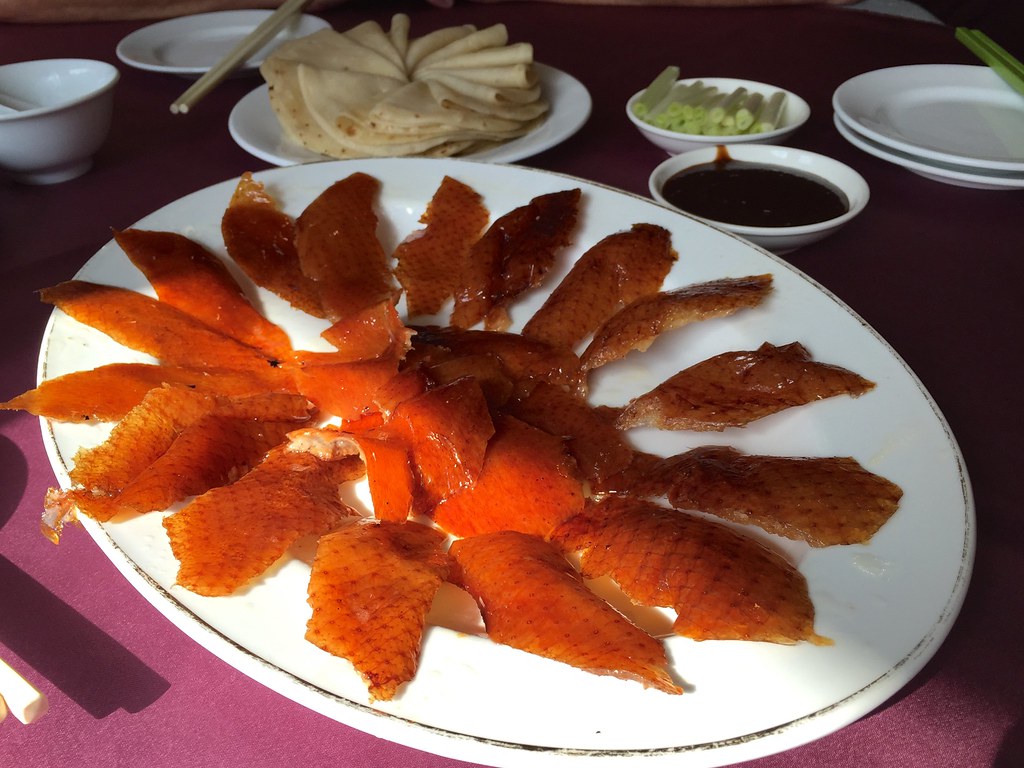 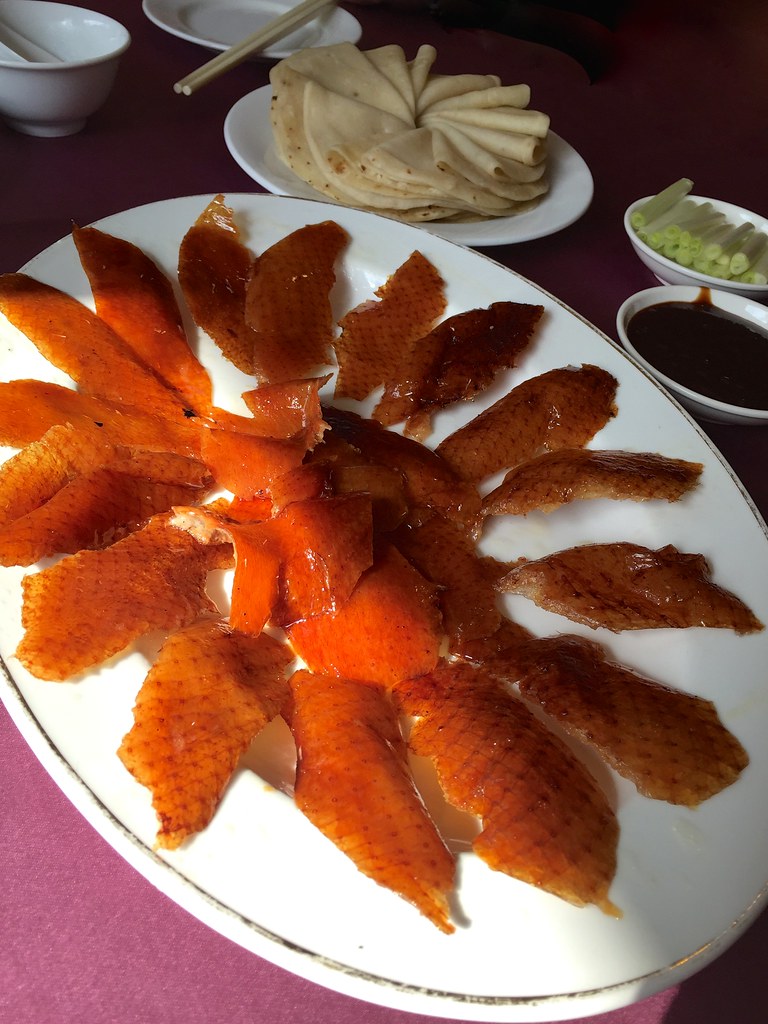 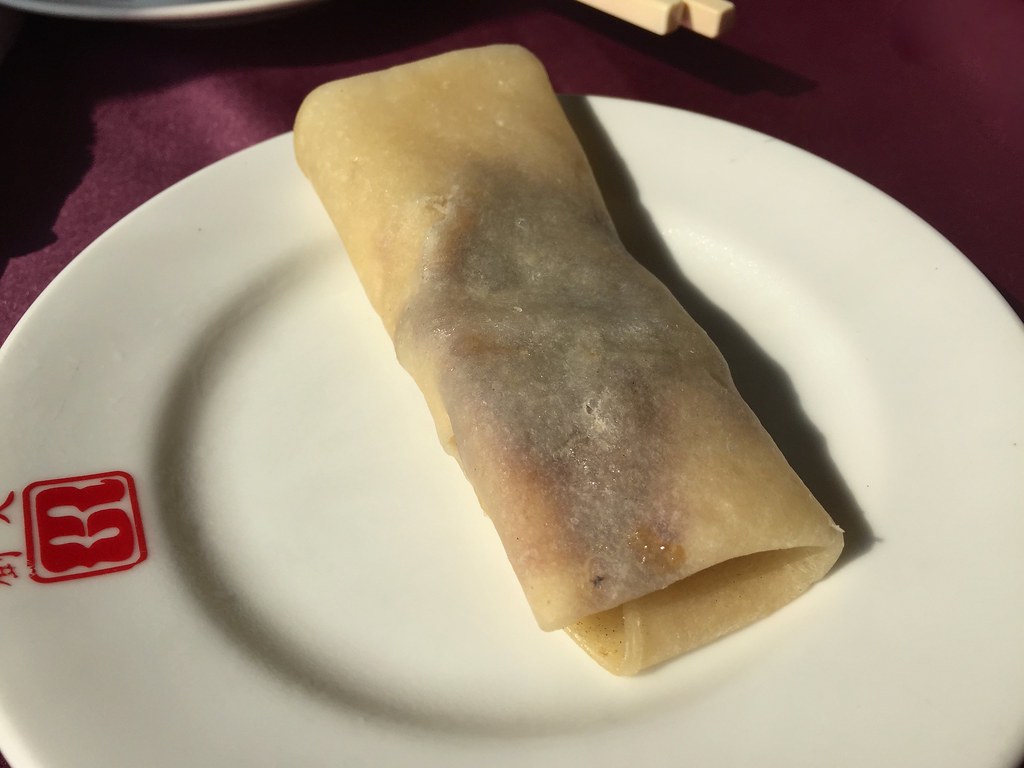 After a couple of those I find myself skipping the roll-up and just dip the succulent duck skin directing in the rich hoisin sauce. 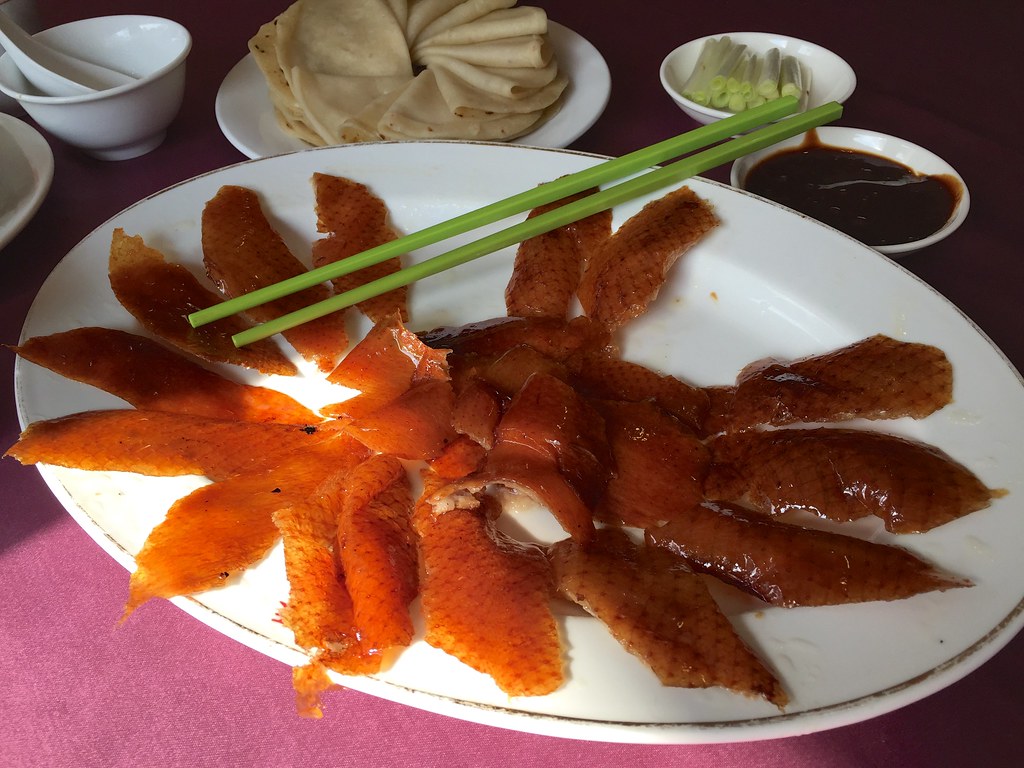 I can eat more that way. 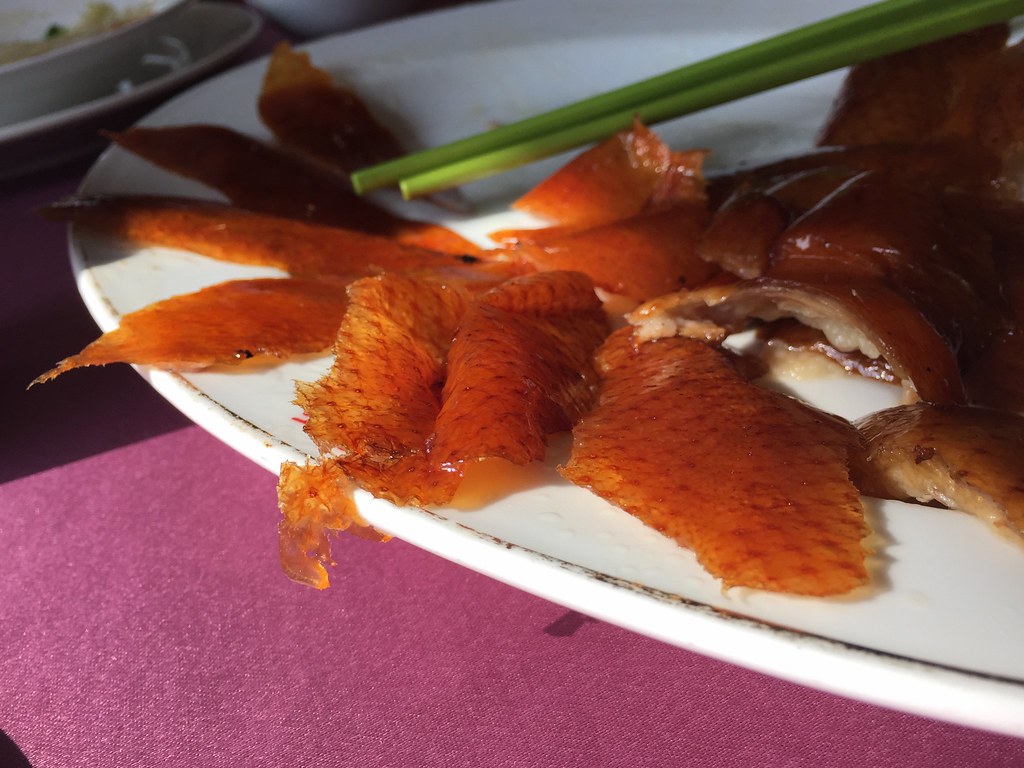 I know I’ve said this before but I’m going to say it again: I adore crispy duck skin. 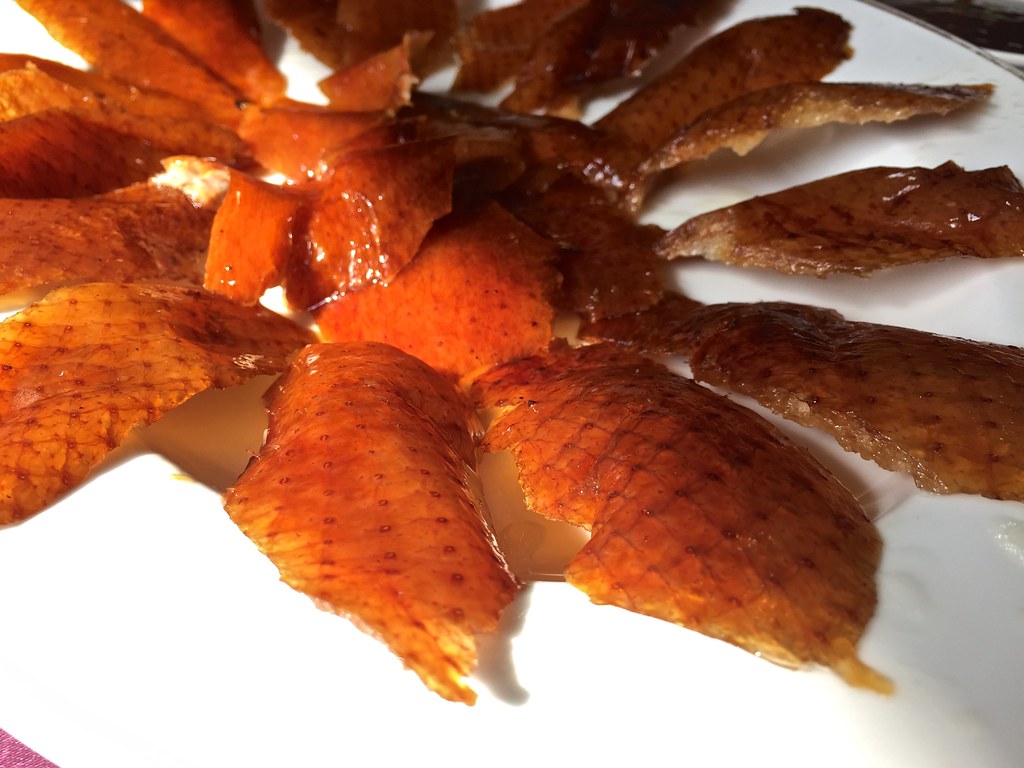 About 10 minutes later they brought out the tray of meat. 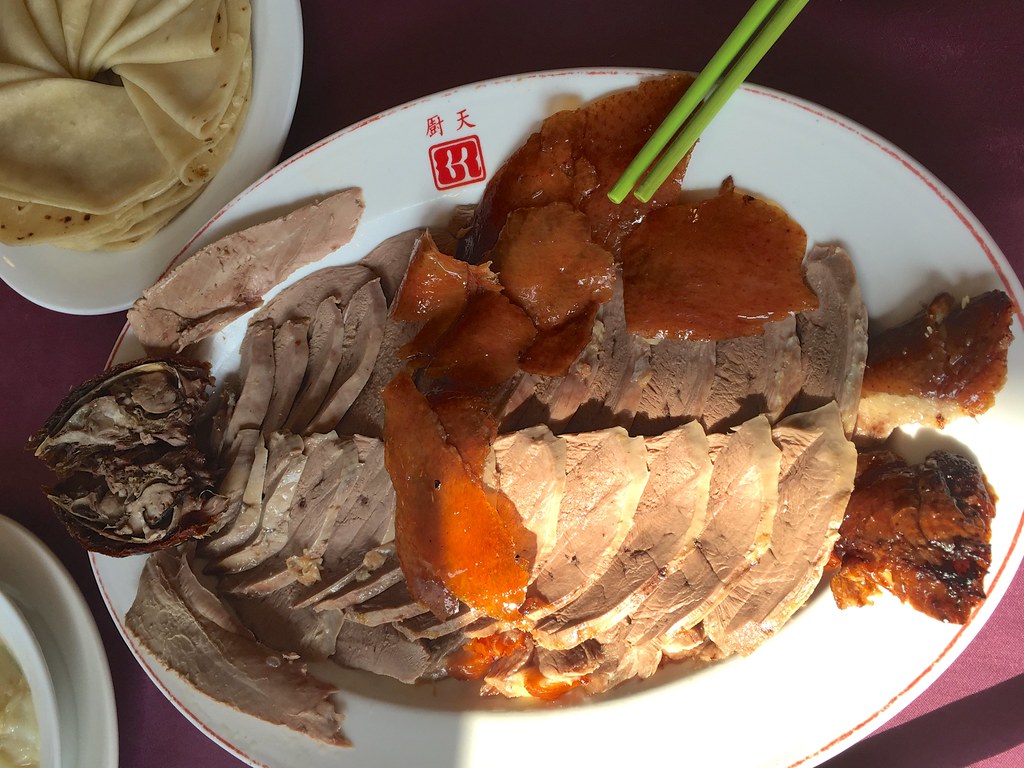 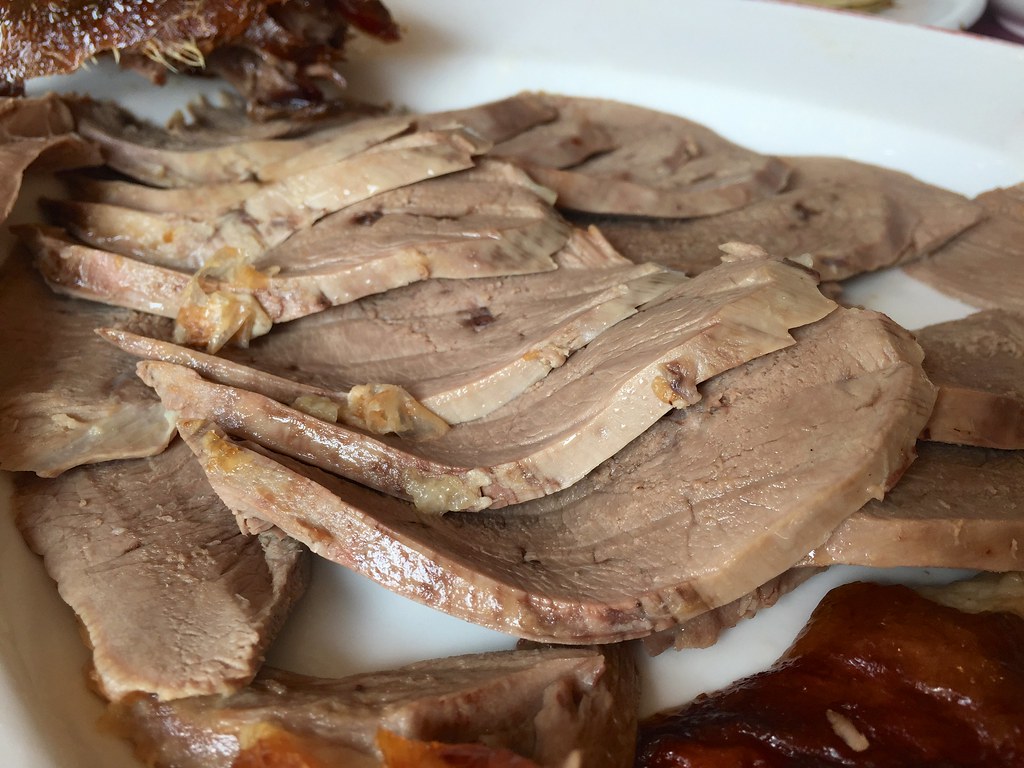 Celestial Restaurant is extremely popular among the locals and there is no question why.

Not only was the Peking Duck succulent and perfectly cooked, the prices were very reasonable. We paid about 40USD and could have easily fed two more people.

If you are looking for a Peking Duck restaurant in Taipei, I highly recommend Celestial Restaurant.