In November 2016 John and I had the opportunity to spend a couple of days in Lima, Peru. 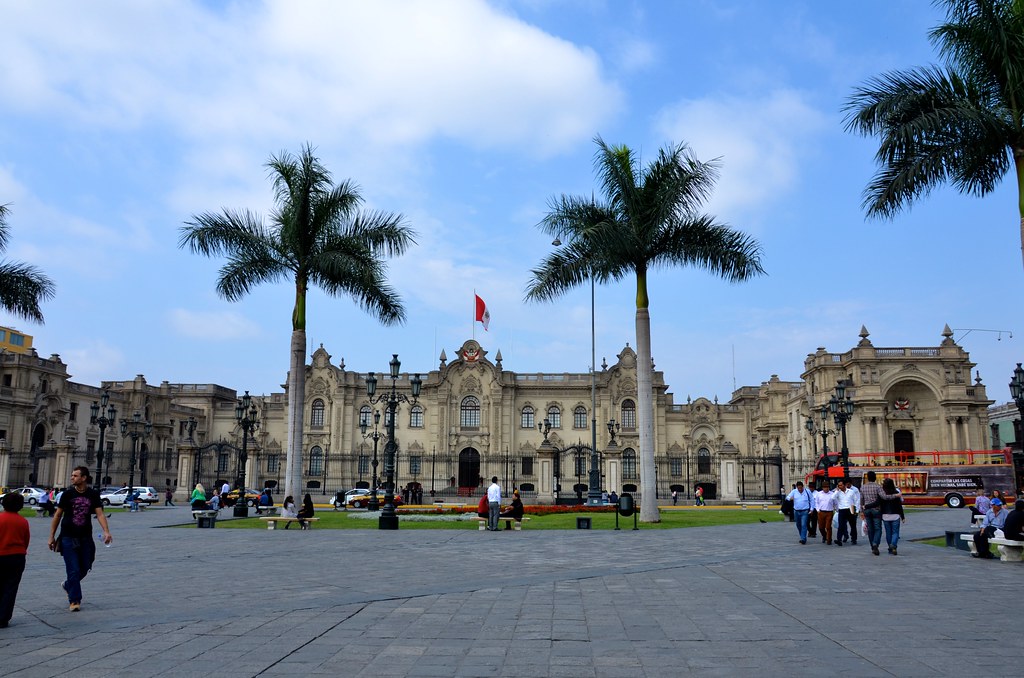 Since we didn’t have a lot of time to explore the city, we booked a 4 hour tour with Urban Adventures to get a snapshot of Lima’s sights. 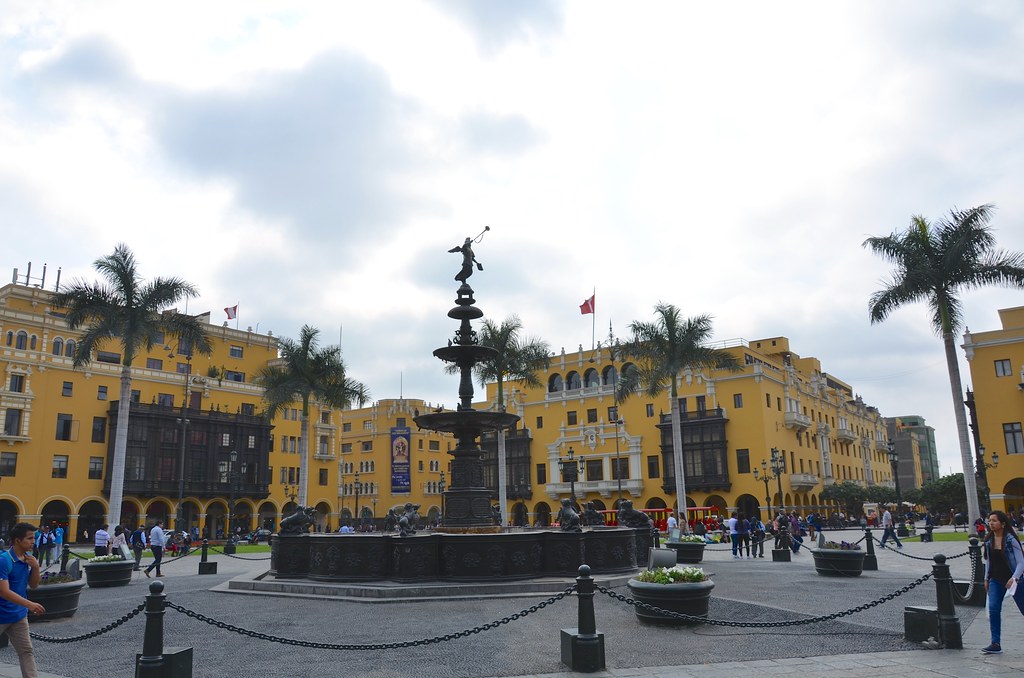 We met our local guide and 4 other tourists at the main door of the Bolivar Hotel and then headed to Plaza San Martin. 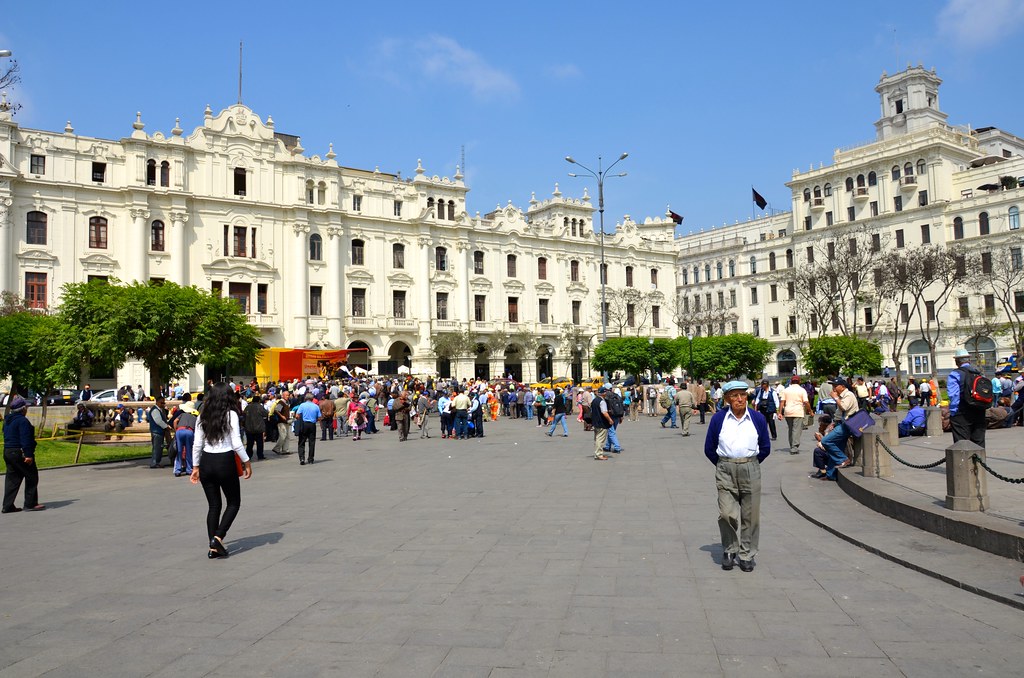 The square is dedicated to General Jose de San Martin, a key leader for the struggle of independence in South America. 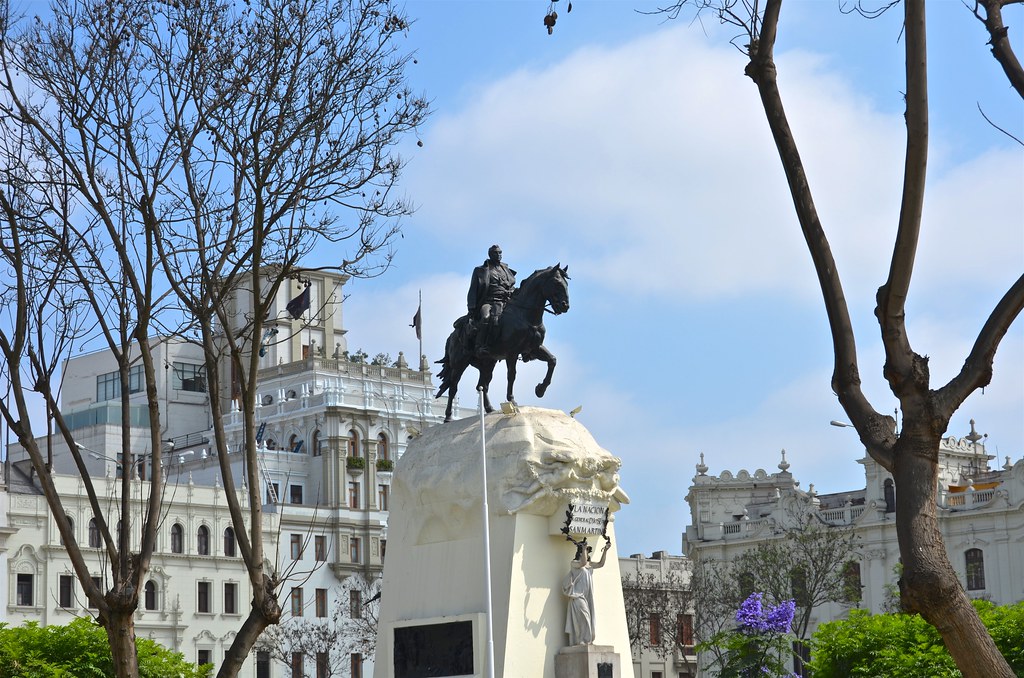 From there we walked along Jiron de la Union, a pedestrian avenue linking Plaza San Martin to Plaza de Armas. 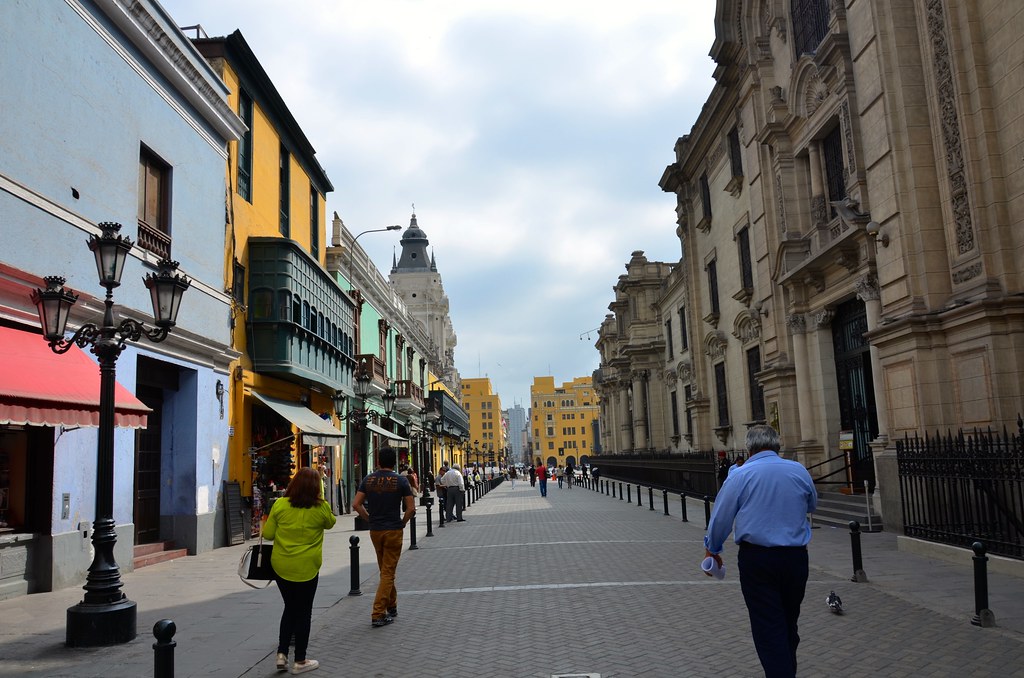 Along the way we learned a lot about the various architecture: 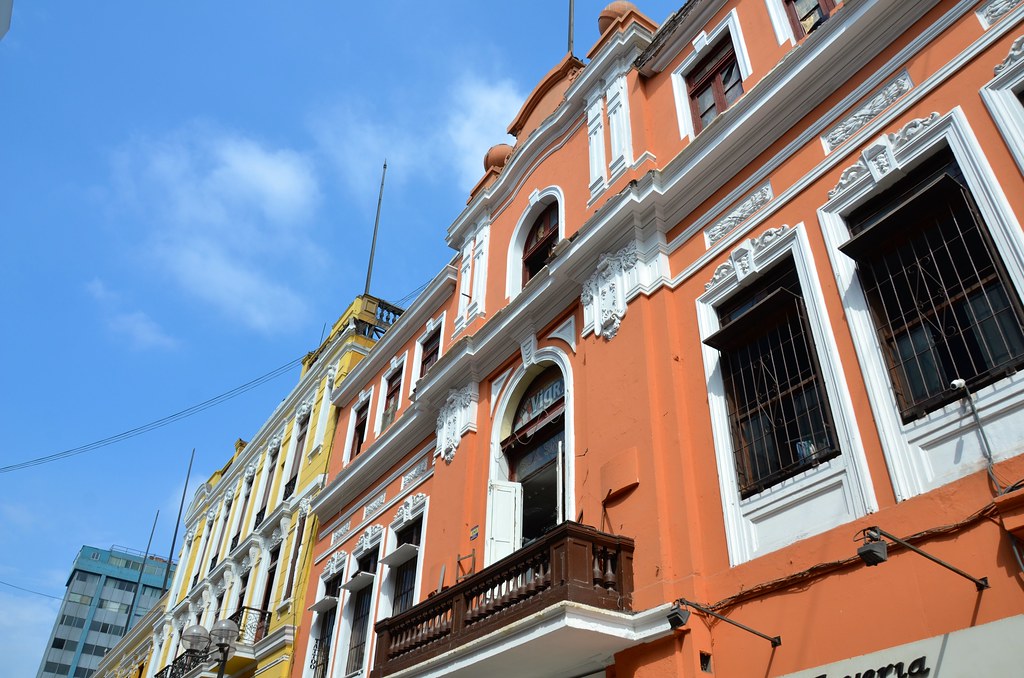 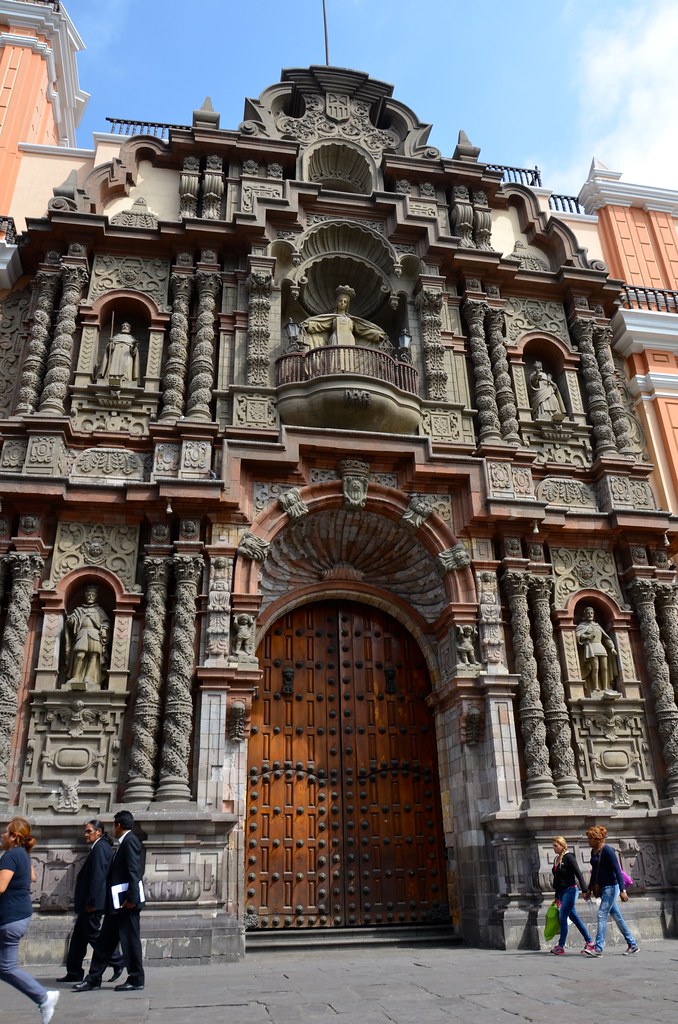 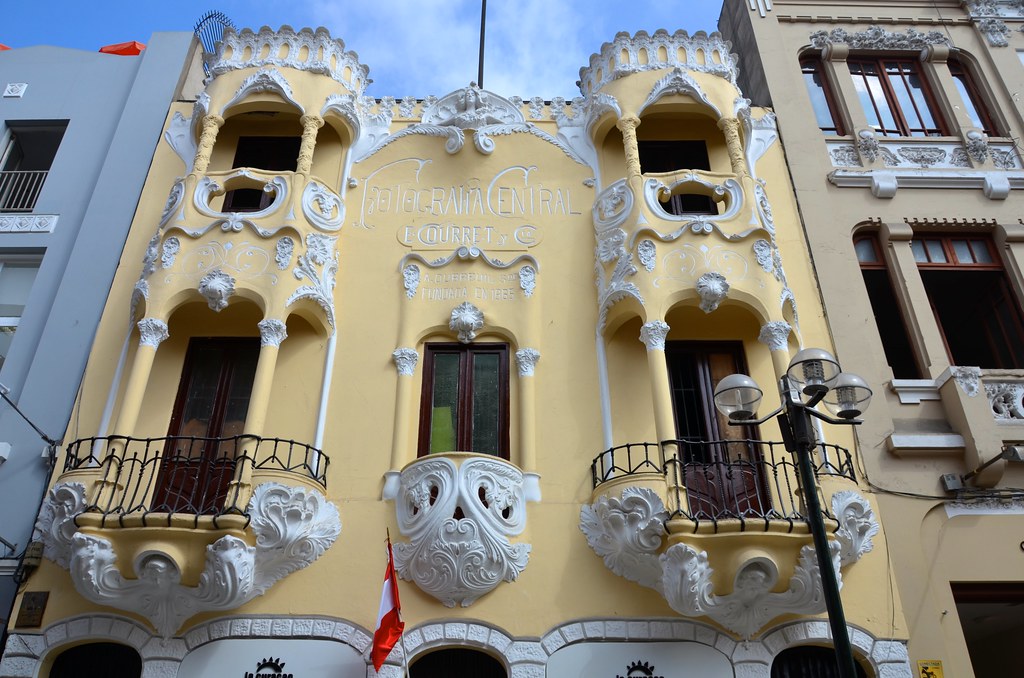 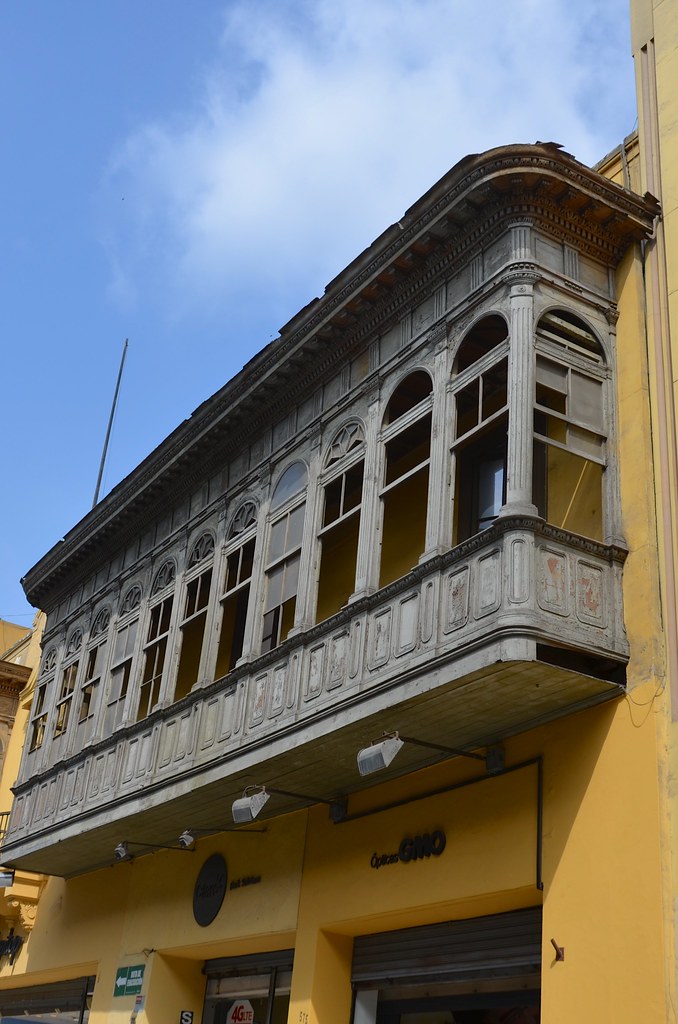 Almost all of the buildings were built after an earthquake leveled the city in 1746.

Plaza de Armas of Lima, also called Plaza Mayor, is the birthplace of Lima and the core of the city. 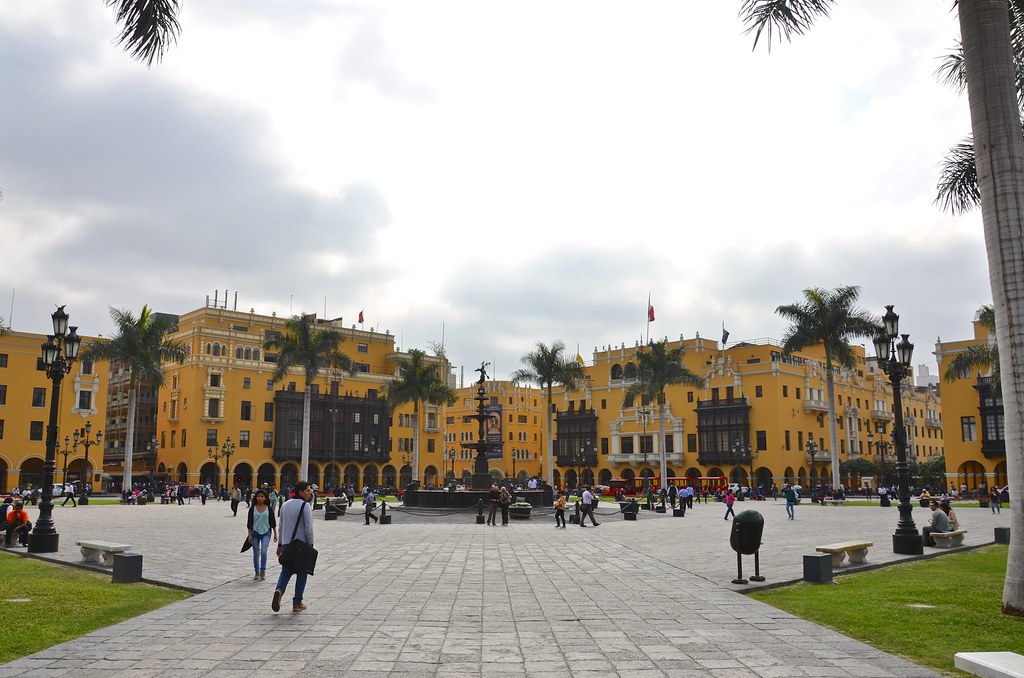 It is surrounded by the Government Palace: 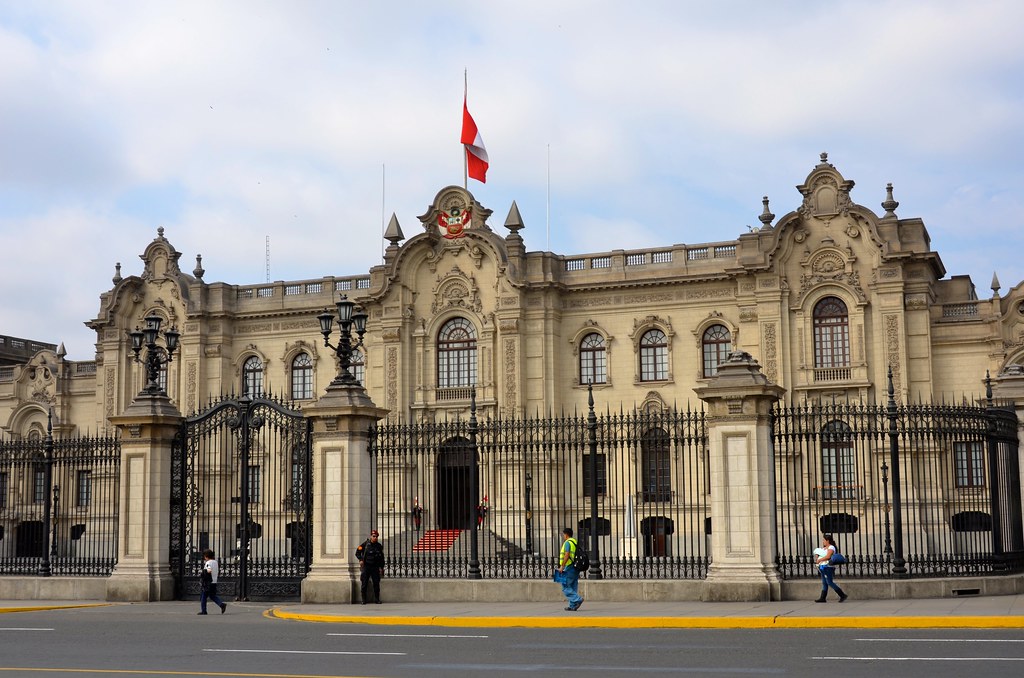 The Cathedral of Lima: 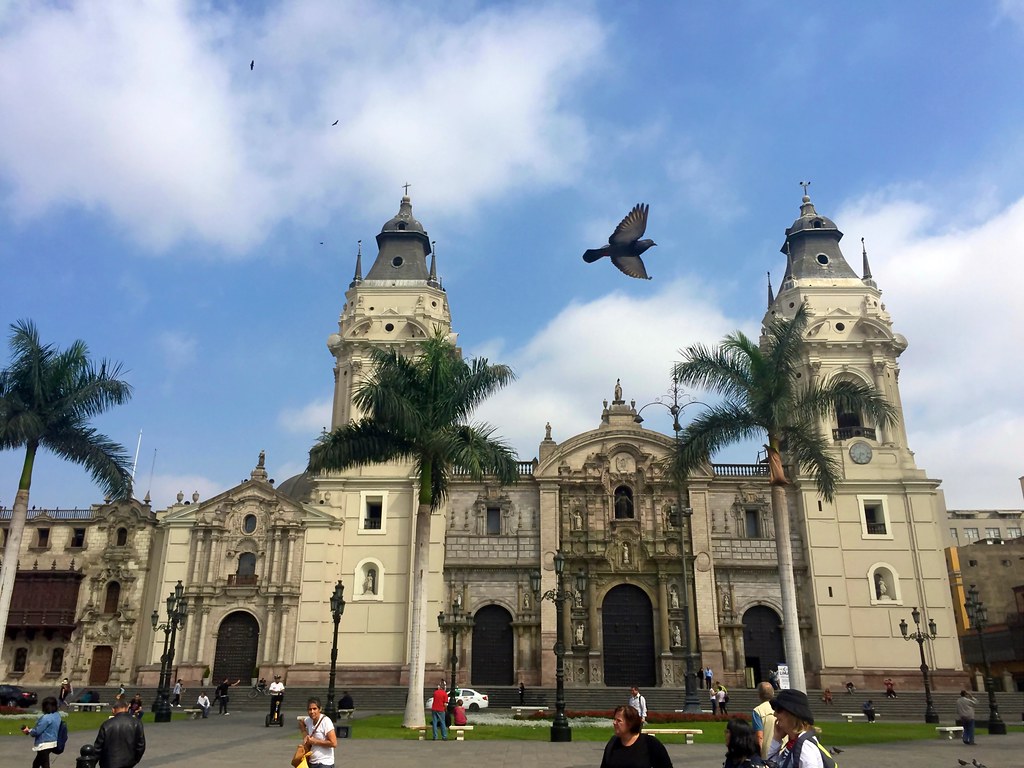 The Archbishop’s Palace of Lima: 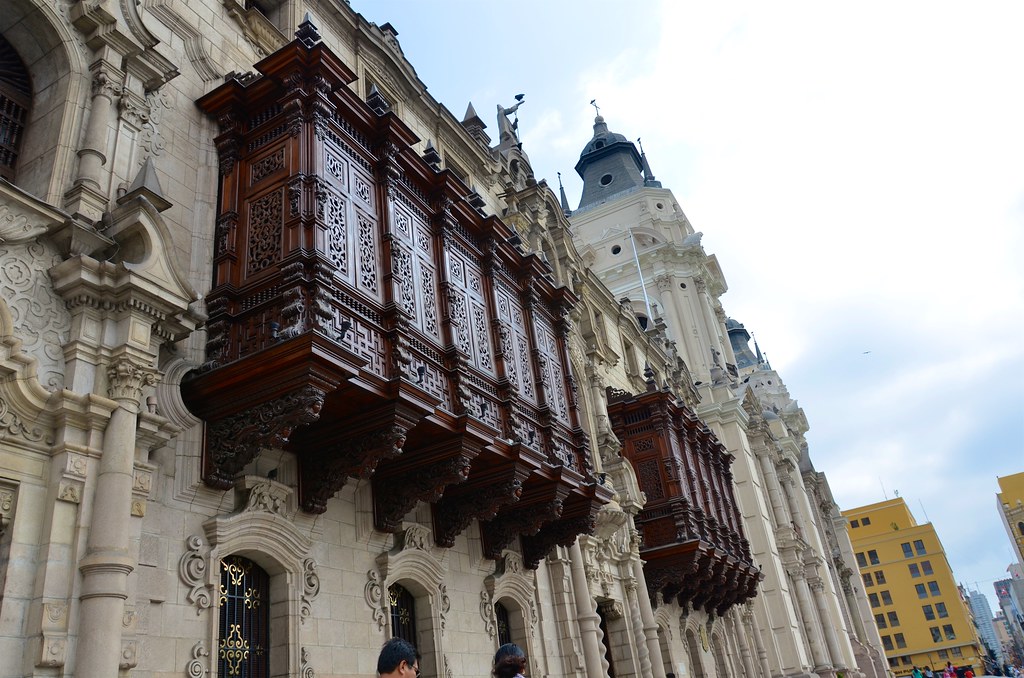 The Municipal Palace and the Palace of the Union.

Behind the Government’s Palace is Casa de la Literatura Peruana (House of the Peruvian Literature). 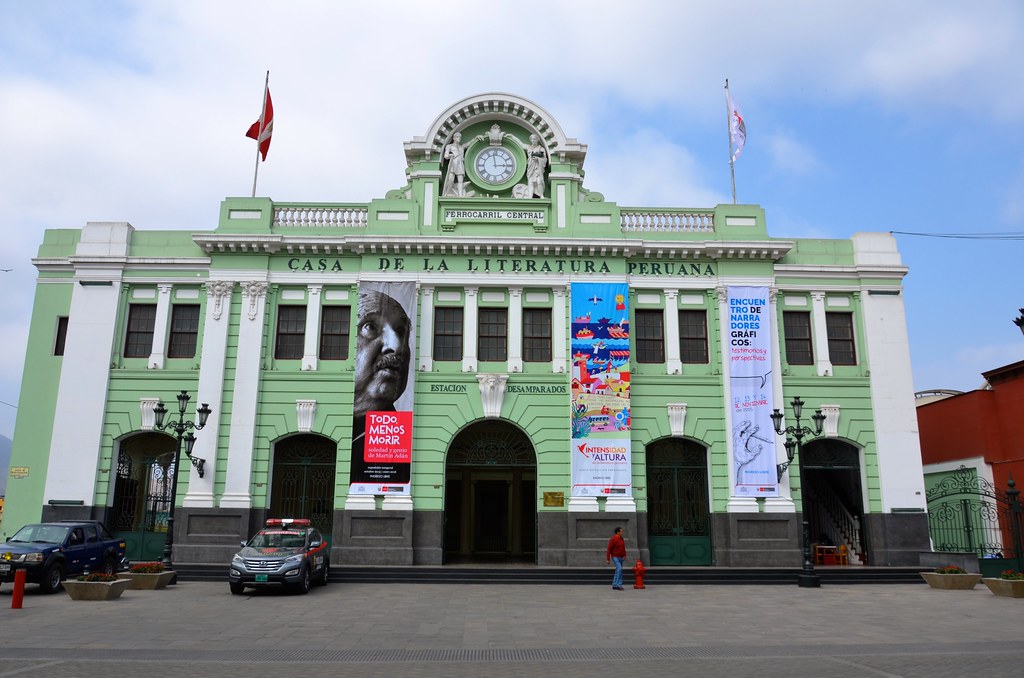 The building was originally Lima’s main train station. Today it houses a cultural center and a library.

At the corner of the Government’s Palace is Bar Cordano, one of the oldest bars in the country. 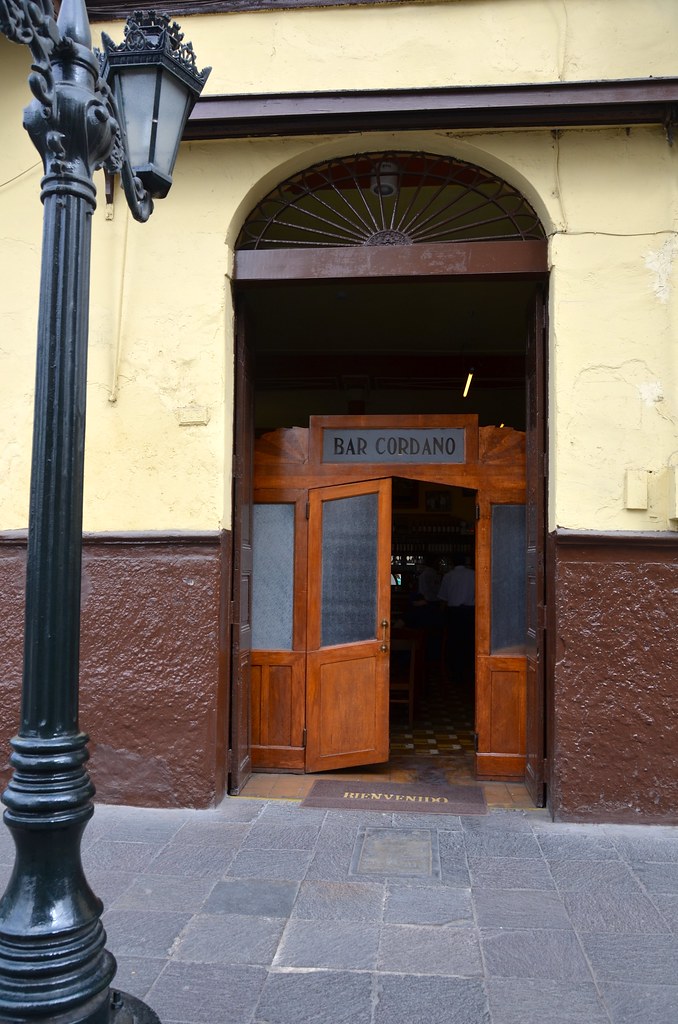 The bar is a Lima institution as many presidents, poets, writers, artists and distinguished characters were (and still are) their customers in 110 years of history. 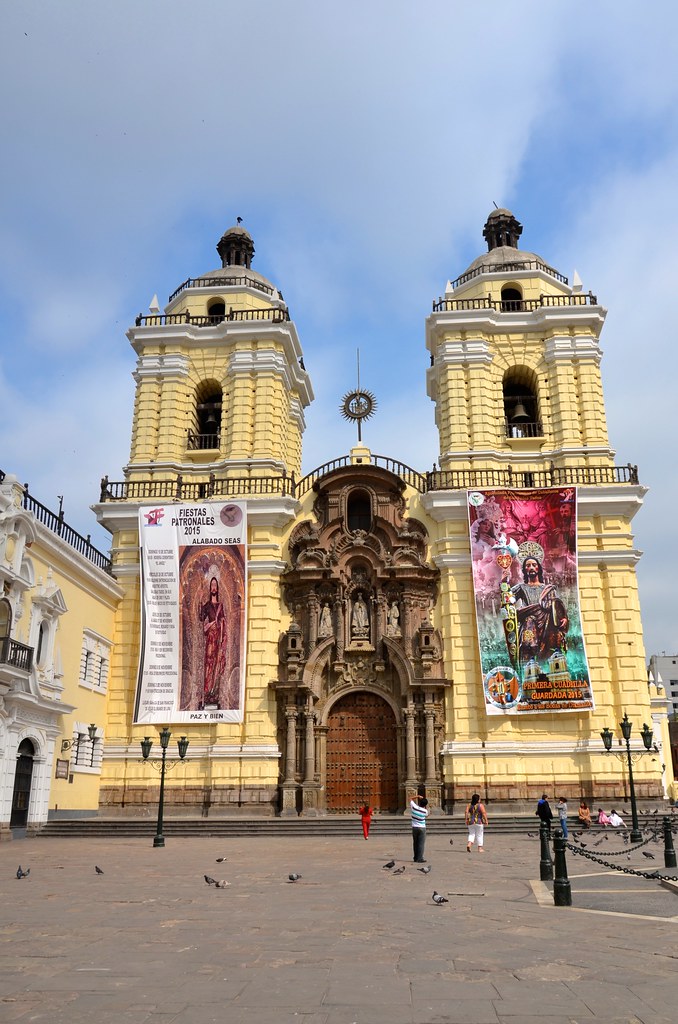 This is where you’ll find the catacombs of Lima that were discovered in 1943. 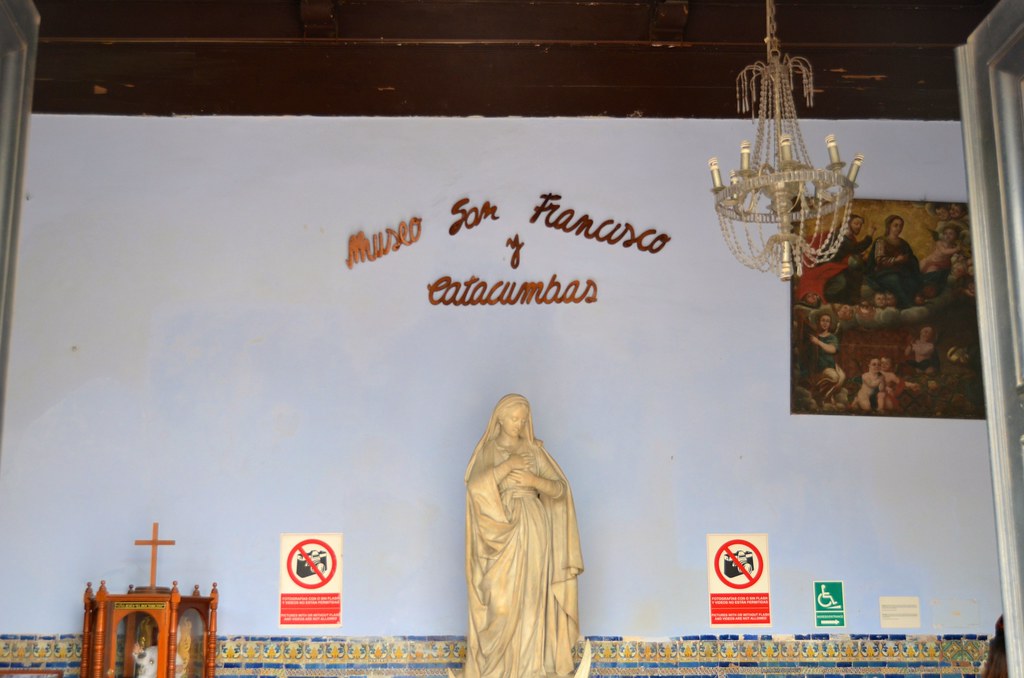 It is estimated that 25,000 bodies were laid to rest there until 1808. Photography isn’t permitted inside, but I am sure you get the picture.

Our next stop was Mercado Central (Central Market), and you know how much I love walking through local markets. 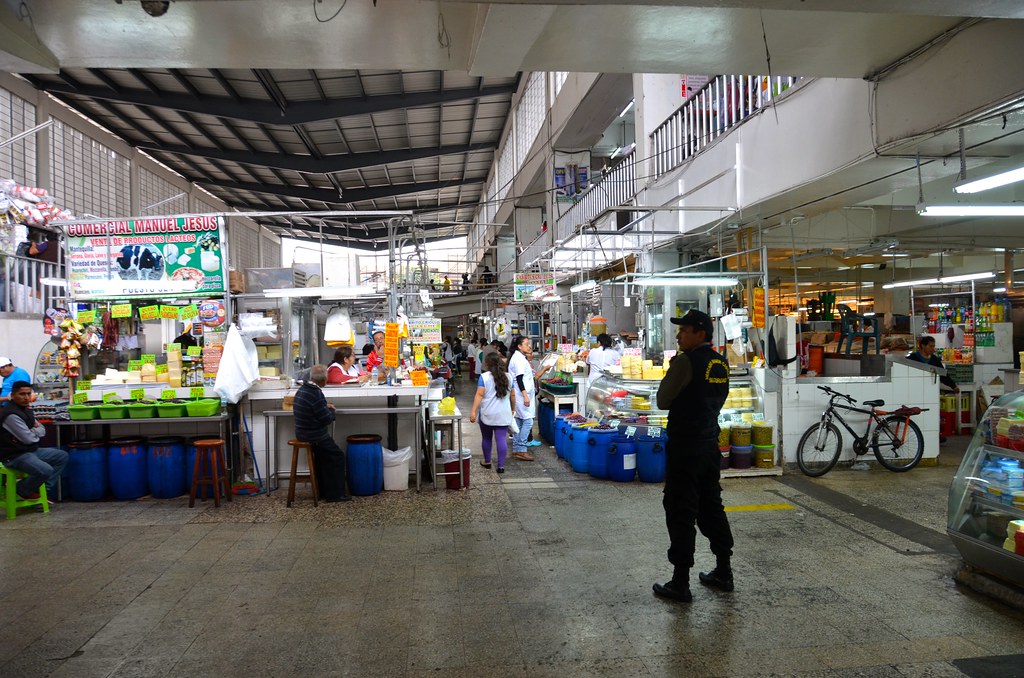 Hundreds of vendors display the various ingredients of the city’s cuisine: 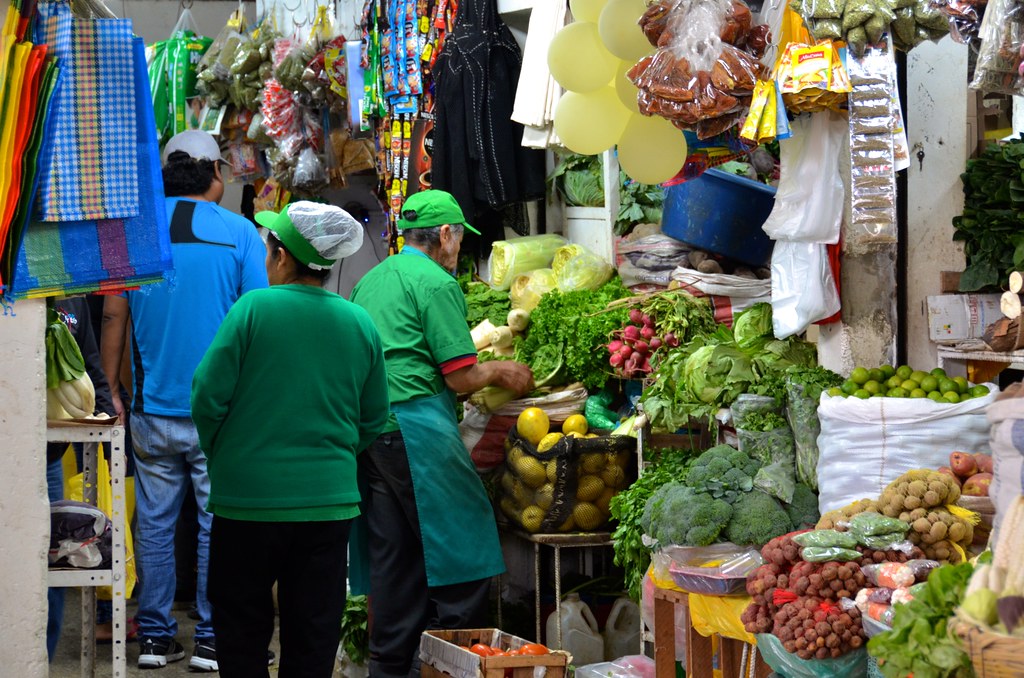 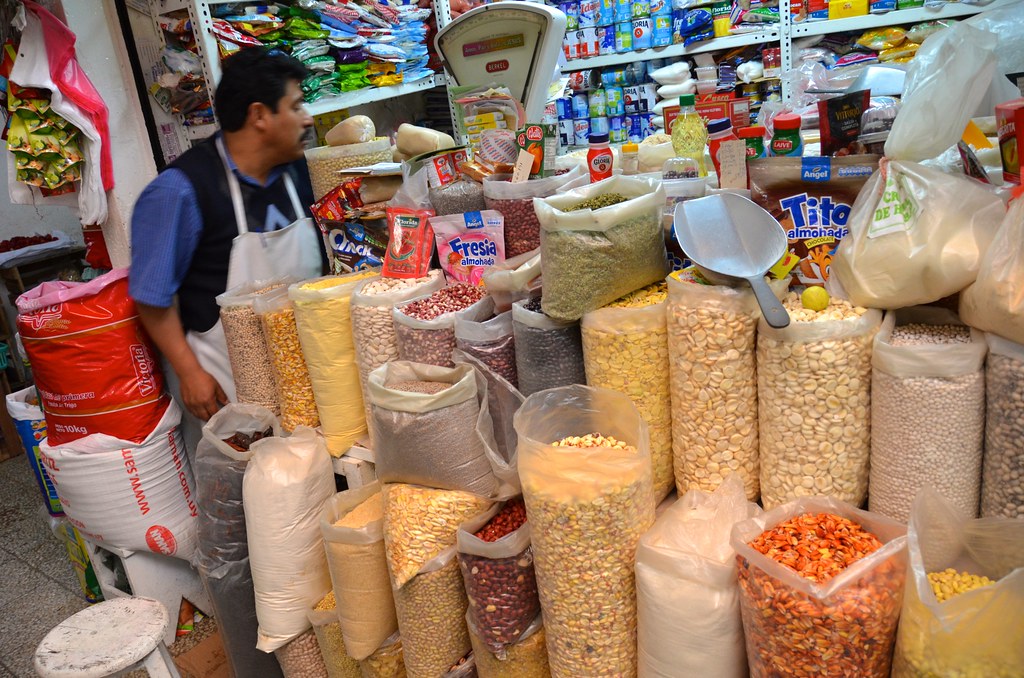 The market has everything from 55 varieties of corn to piles of meat and hooks of poultry. 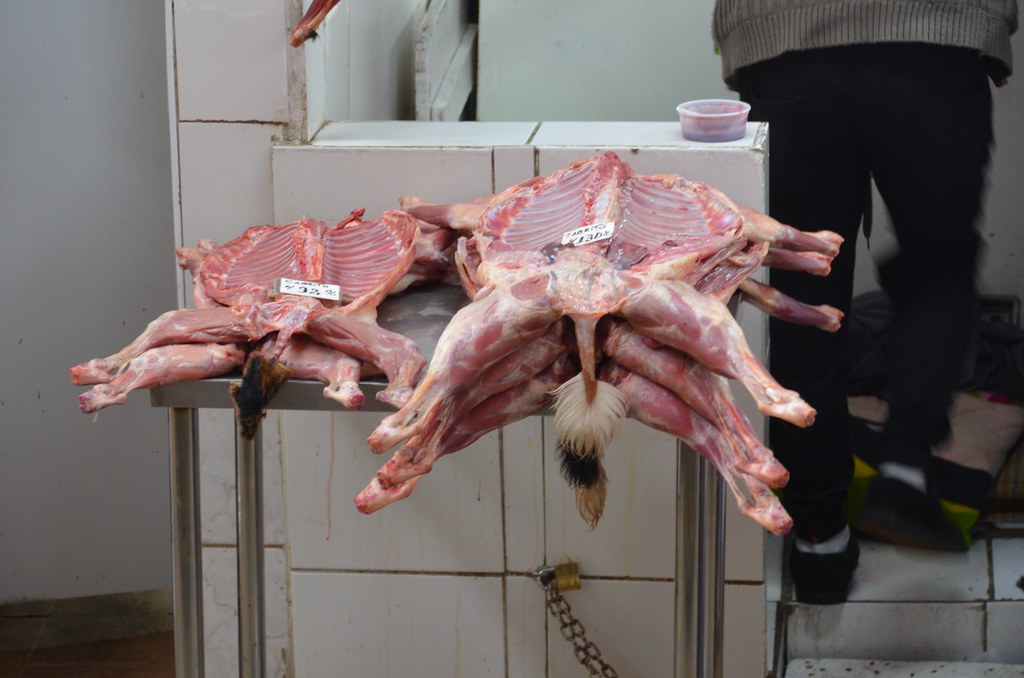 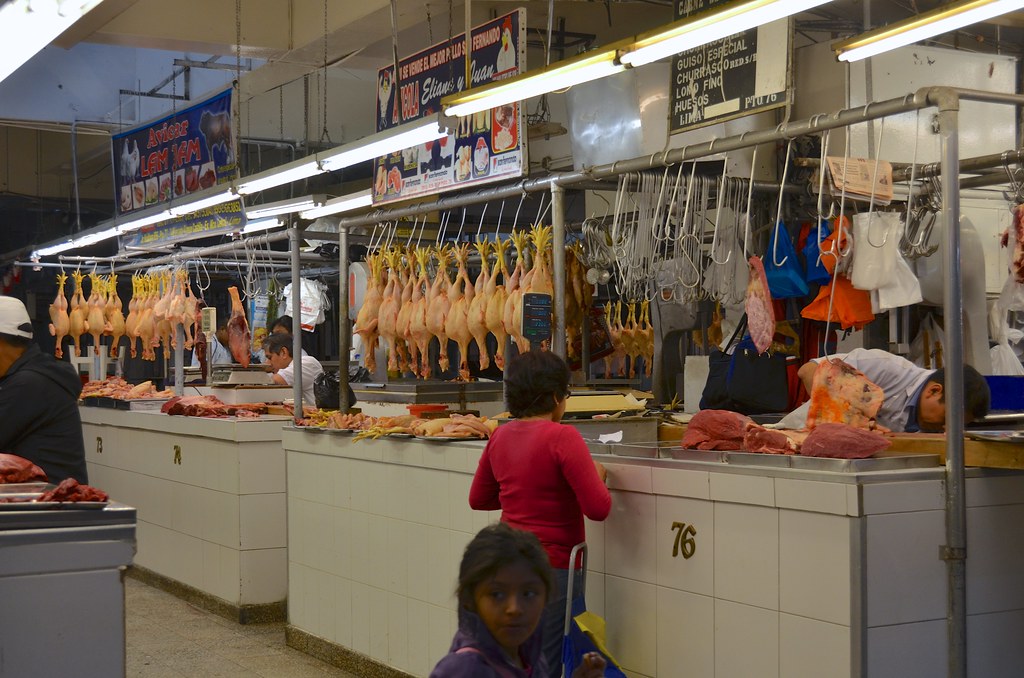 And offal, of course. 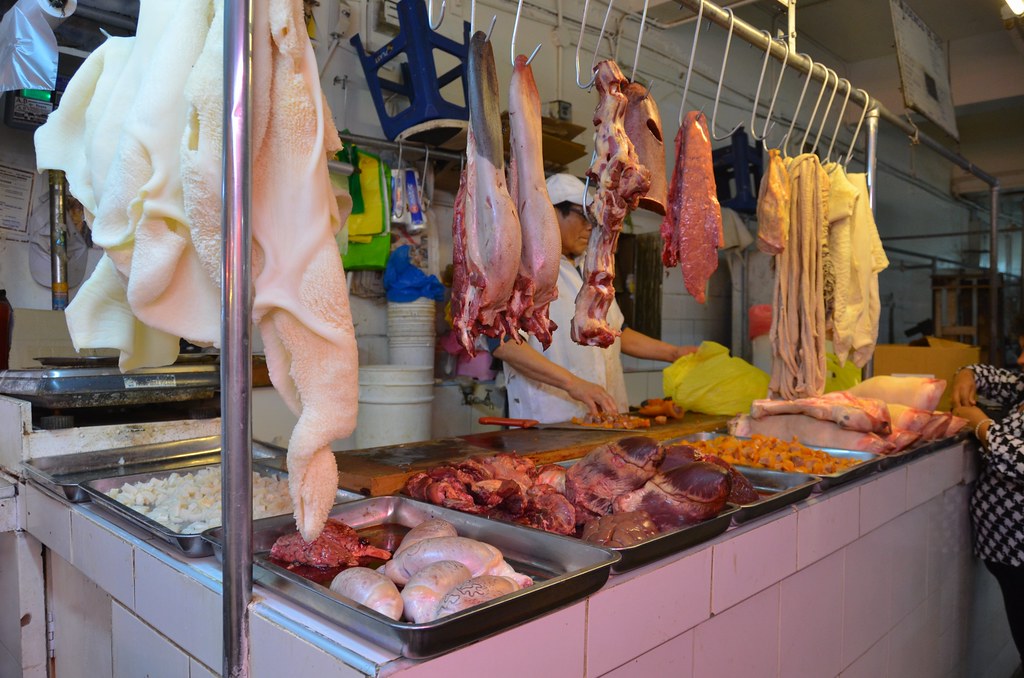 The tour ends at Bar Maury with a Pisco Sour and Cancha Salada: 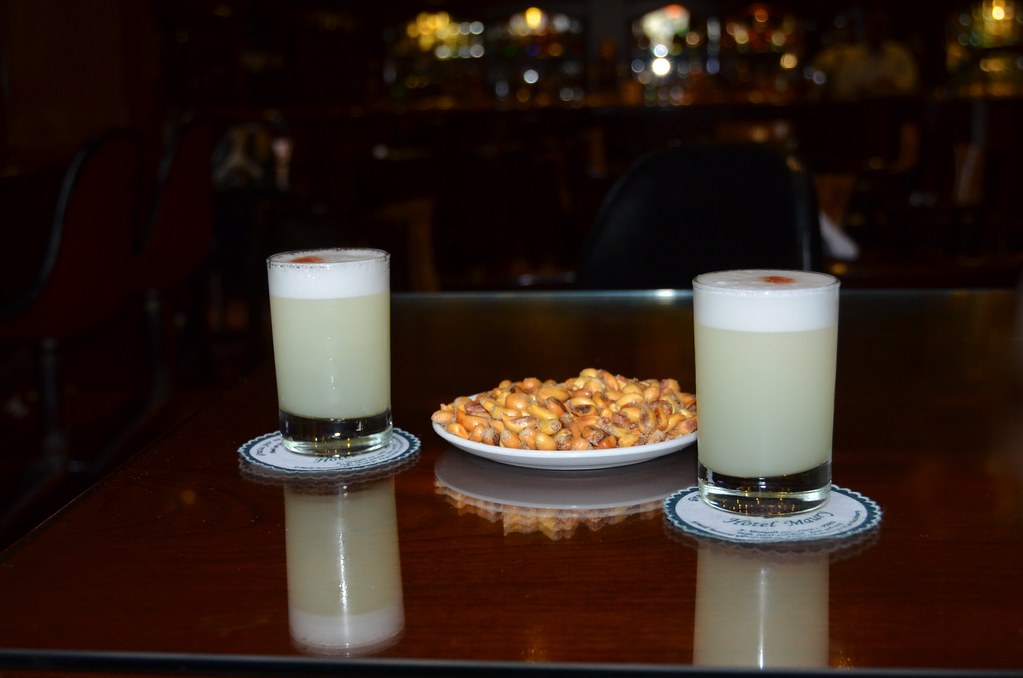 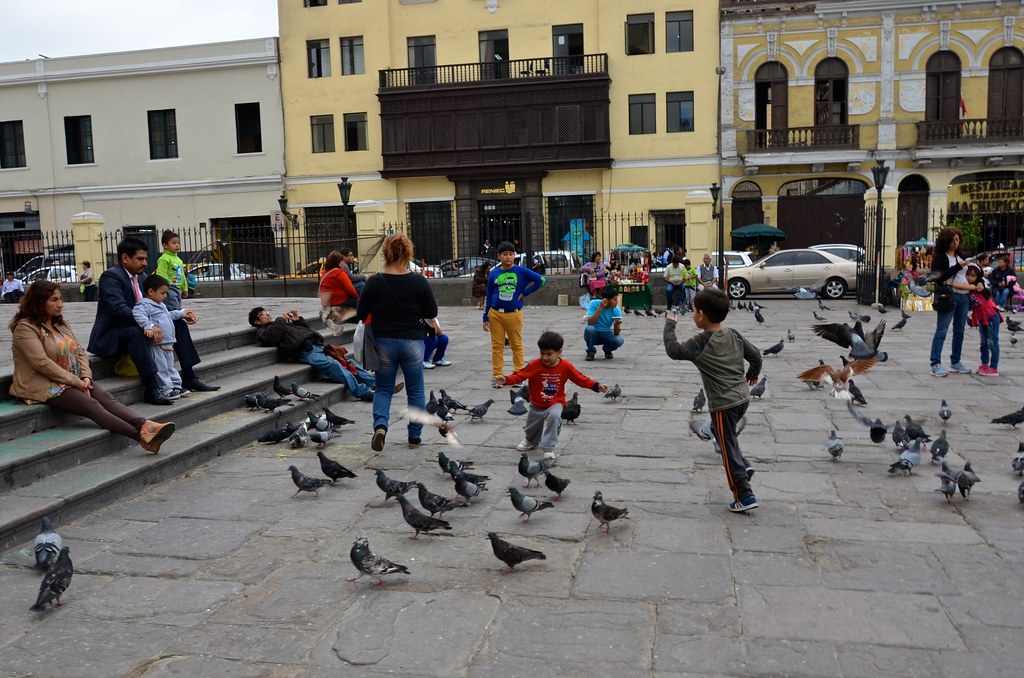 It is the best way to get a small taste of Lima’s culture and history in a short period of time.

While in Lima, be sure to check out two of my favorite restaurants.

You can read all about them HERE.