John’s son Michael graduated from High School in May 2009. Our graduation gift to him was a trip to Buenos Aires over the Thanksgiving holiday. 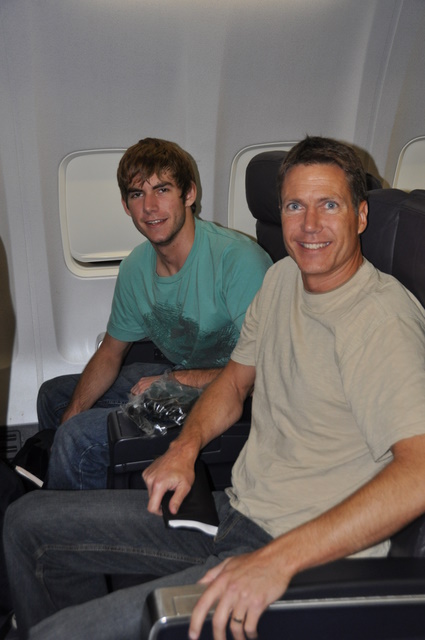 Our flight on Copa Airlines from Orlando to Panama to Buenos Aires arrived bright and early on Wednesday morning.

We checked into the Malabia House, a gorgeous boutique hotel in Palermo Soho: 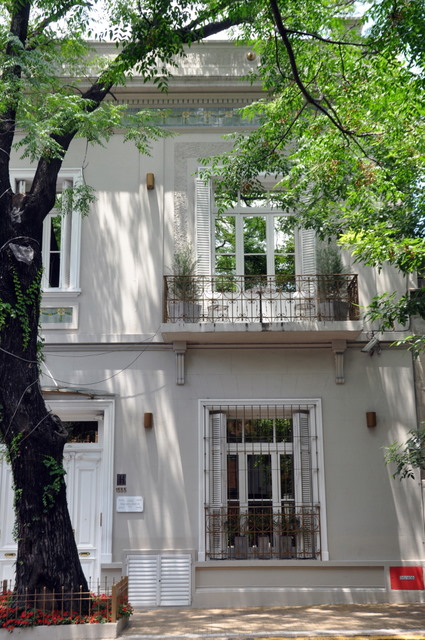 It’s hard to believe this charming building was a convent in the 19th-century.

We freshened up and then walked to the Plaza de Mayo, the main square downtown. I read ahead of time that we’d more than likely see a demonstration or a march down there and sure enough, we did! 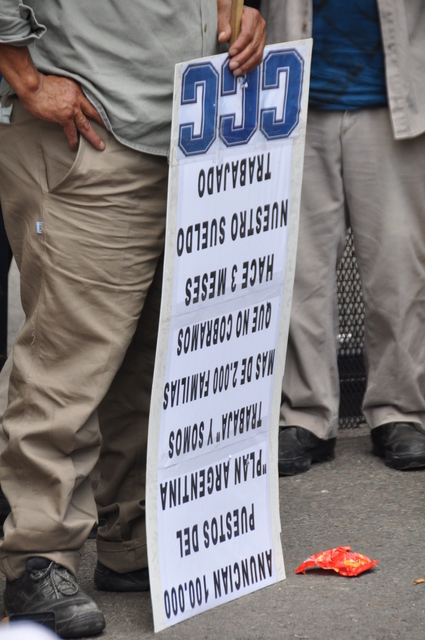 Loads of people with signs and banners were lined up to march for unemployment benefits. 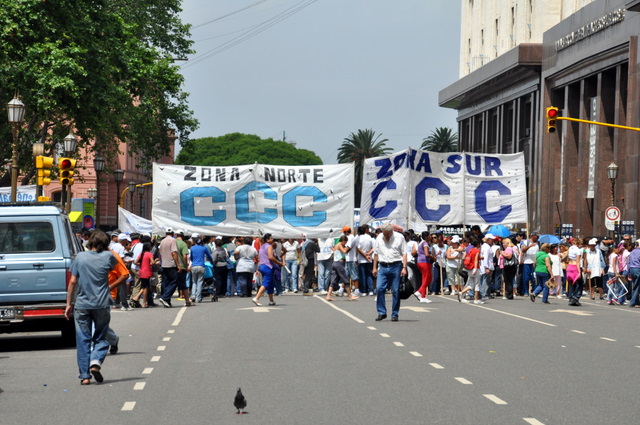 A section of the square was barricaded for The March to take place… a block to be exact.

We decided there wasn’t much to see so we headed down Avenida de Mayo in search of food. 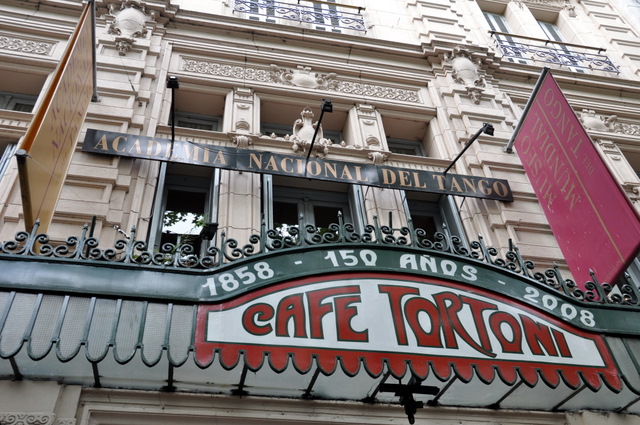 Michael saw on the news later that night that while we were eating a super cheesy cheeseburger at the famous Café Tortoni, The March got a little out of control and people were getting shot at with water cannons.

Dang it! I wish we would have stayed to see that!

We walked off our burgers by heading to 9 de Julio Avenue to see the Obelisk and other statues and landmarks. 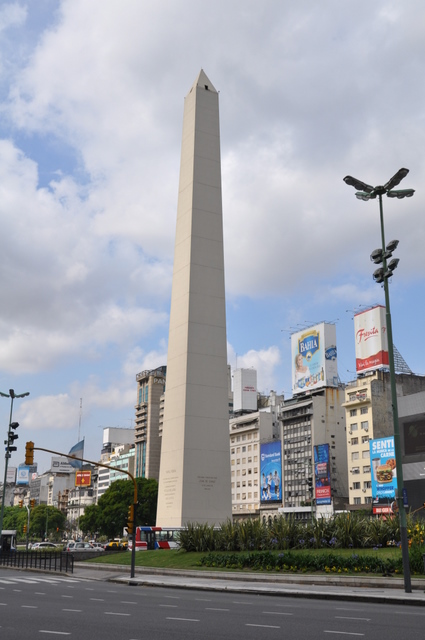 The avenue has six lanes in each direction which is the widest in the city.

For dinner we went to Buenos Aires most famous steakhouse, La Cabrera. 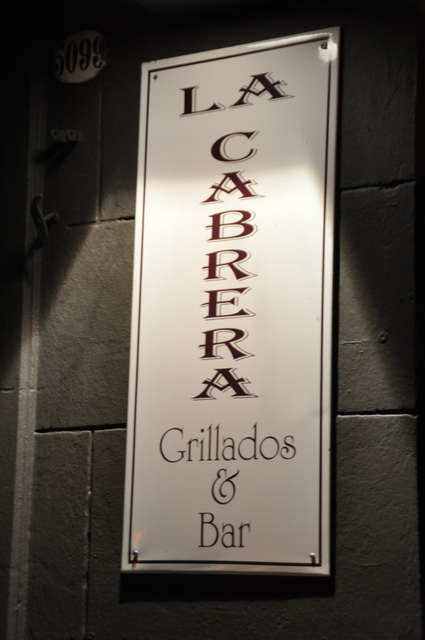 They offered complimentary hors d’œuvres and champagne while we waited for our table. I think it took about 2 hours for us to be seated, but it was well worth the wait. 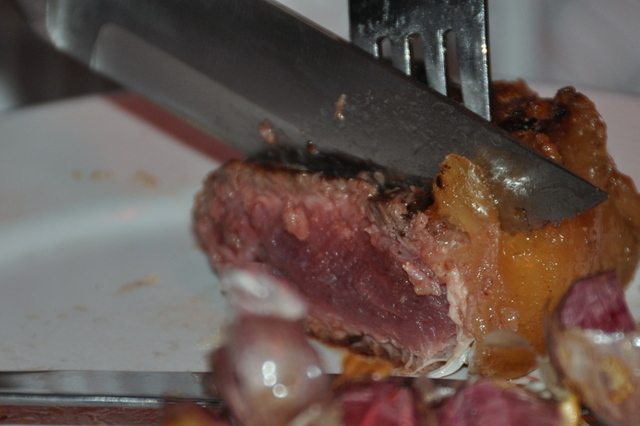 The next day was Thanksgiving.

While many of you were gathered together watching football and eating turkey, we went on a day trip to El Tigre and then had dinner at Lo de Jesus, another local steakhouse. 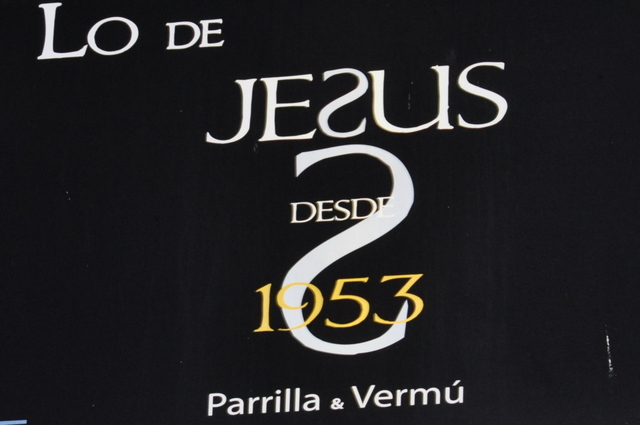 The staff at the Malabia House suggested it to us. In their opinion, it was way better than La Cabrera.

Better than The Famous Steakhouse? 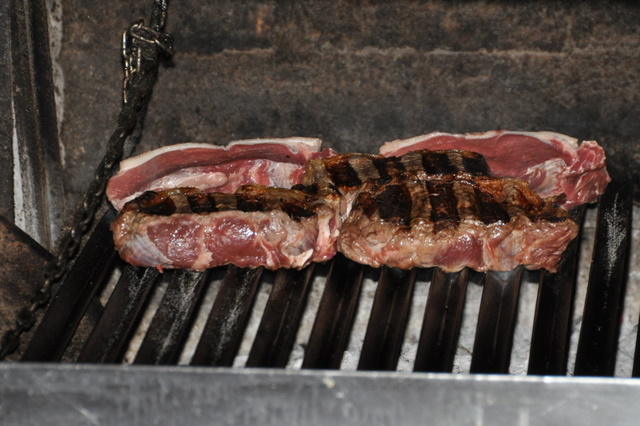 Argentine Beef and a Mendoza Malbec for Thanksgiving dinner – it was heavenly.

And, thanks to the ESPN iPhone Application, we were able to keep up with the football action, too!

It rained all day Friday so it was a perfect day to shop. We stumbled on a clothing store in Palermo Soho called Volando. I haven’t been able to find them online yet, but I will continue to search.

As much as I dislike shopping, I loved that store. Great clothes and incredible deals!

Friday night we went to a Tango Dinner Show at Equina Carlos Gardel. 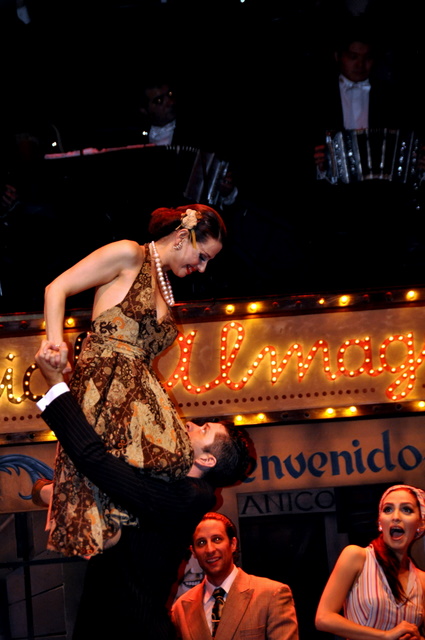 Dinner was delicious, but the Tango Show was the highlight of the night. 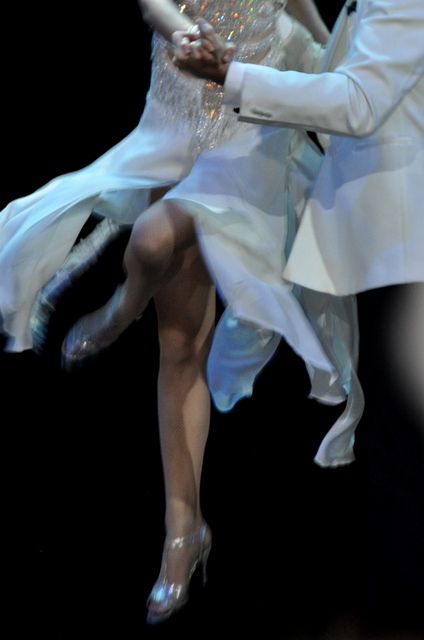 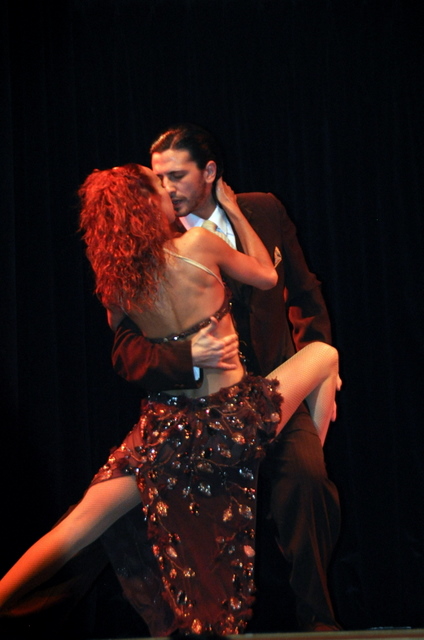 A MUST on the list of Things To Do while in Buenos Aires.

Saturday morning, we went to a Gaucho Party at the Estancia Santa Susana.

We were greeted with empanadas and wine along with the smell of delicious food cooking on a huge outdoor pit. 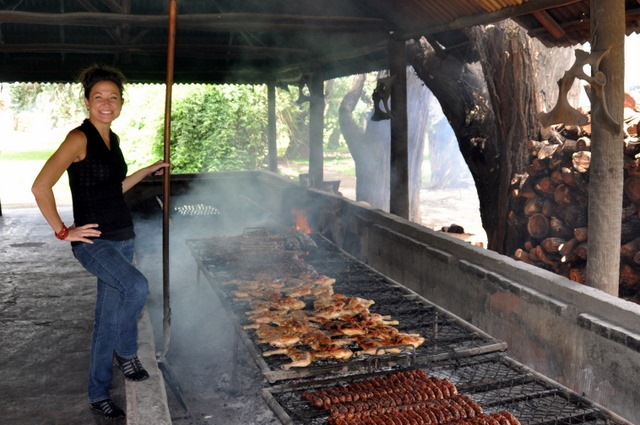 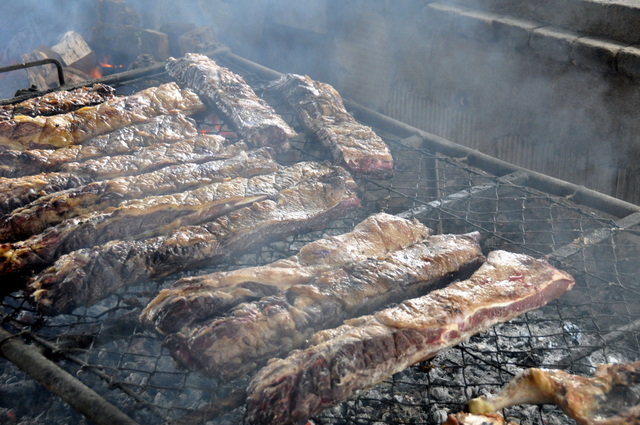 While the food sizzled away on the grill we went on a horseback ride.

You know the kind of ride where the horses have been on the same trail over and over and over again. Basically, they take YOU for a ride rather than the other way around. 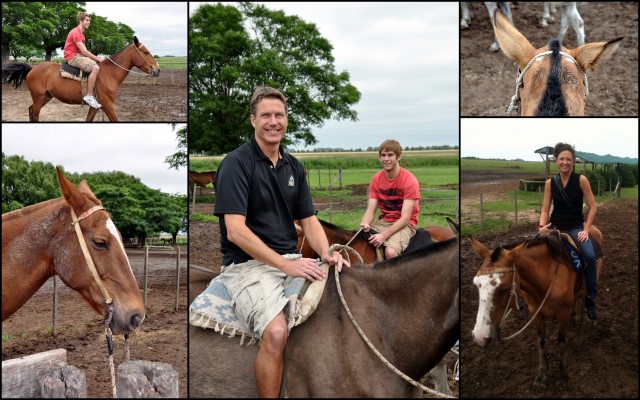 Basically, you have zero control and just hope that they don’t get too feisty and throw you. The cranky fella that took me for a ride whipped his head around several times with hopes of nipping my leg.

I didn’t blame him though. He was just tired of the same ole, same ole…

Do you hear that?

That’s the sound of people making a mental note to take the Horse & Carriage Ride instead of the Horseback Ride.

Please don’t let my opinion scare you off. In all honestly, it wasn’t as bad as I am making it sound. And well, if you have never been on a horse you probably won’t even know the difference. 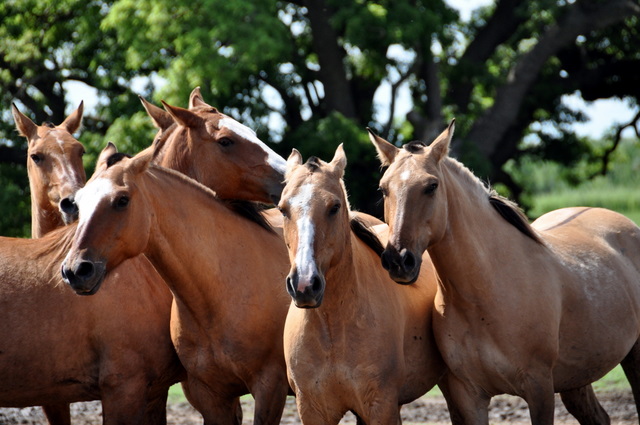 Our lunch consisted of all the food and wine you could consume.

And then some more.

You can trust the three of us did our part.

After we gorged, a sweet couple entertained us with the tango and then one of the gauchos did a traditional dance with Boleadoras. 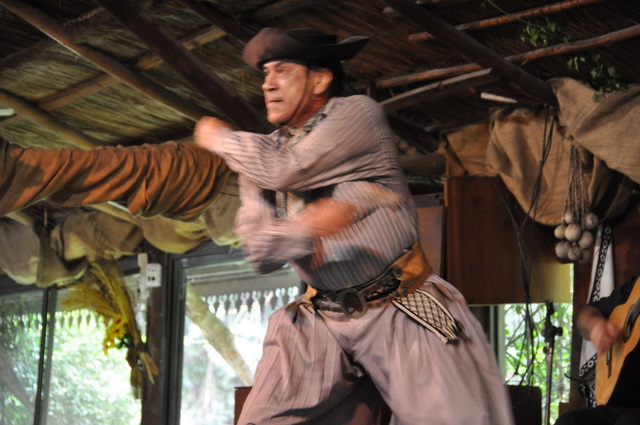 We then went outside for a demonstration of the Gaucho’s skills in a ring race. 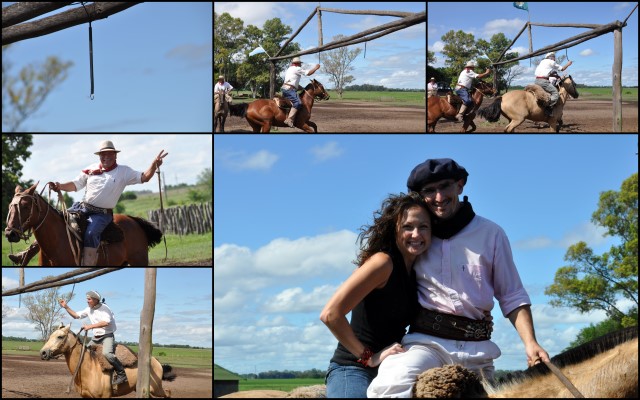 The three of us loaded our overfull bellies up on the bus and took a much needed nap on the way back to the hotel.

Yes a nap. We had to rest up for dinner.

Can you believe that we ate so much beef that we decided our last dinner in Argentina needed to be something non-beef?

The staff at the Malabia House gave another wonderful recommendation for a local trendy restaurant known for its fresh and natural cuisine.

Quimbombó is Indian Fusion and it was incredibly creative and inspiring. 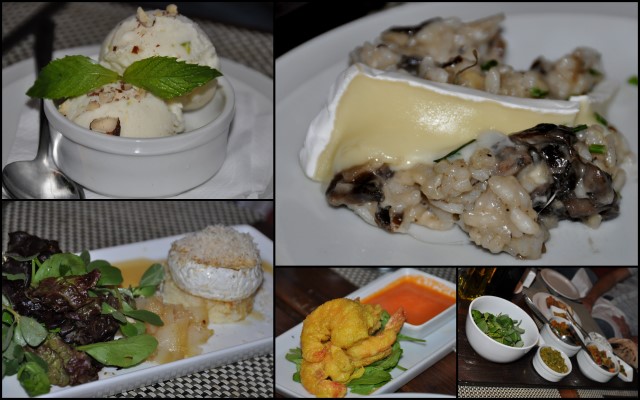 It was an extraordinary meal and not just because the food was delicious and imaginative.

That meal was our final night together in Buenos Aires: 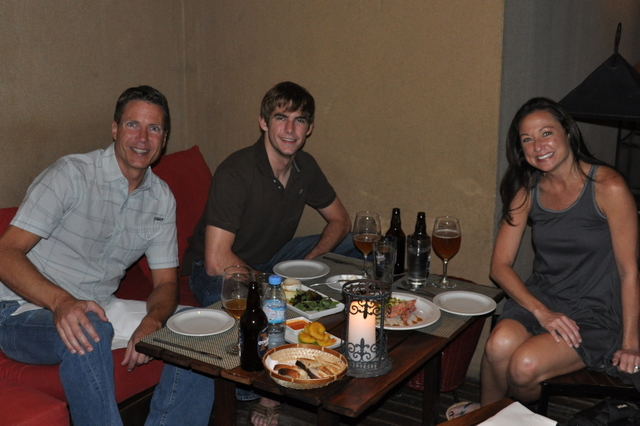 And the beginning of our adult relationship and friendship with Michael.