The Island Hopper is a United Airlines flight from Honolulu to Guam that makes stops in Majuro, Kwajalein, Pohnpei, and Chuuk. 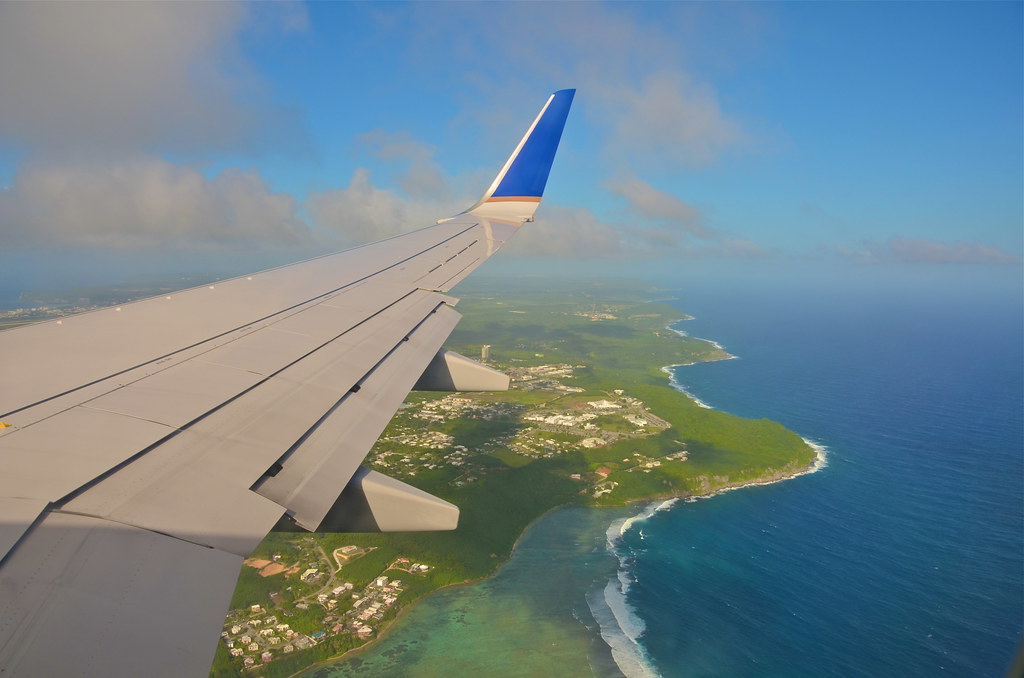 John first read about the Island Hopper on Flyer Talk, one of the travel forums he reads.

After reading a few trip reports we decided to do it on our way to Tokyo. 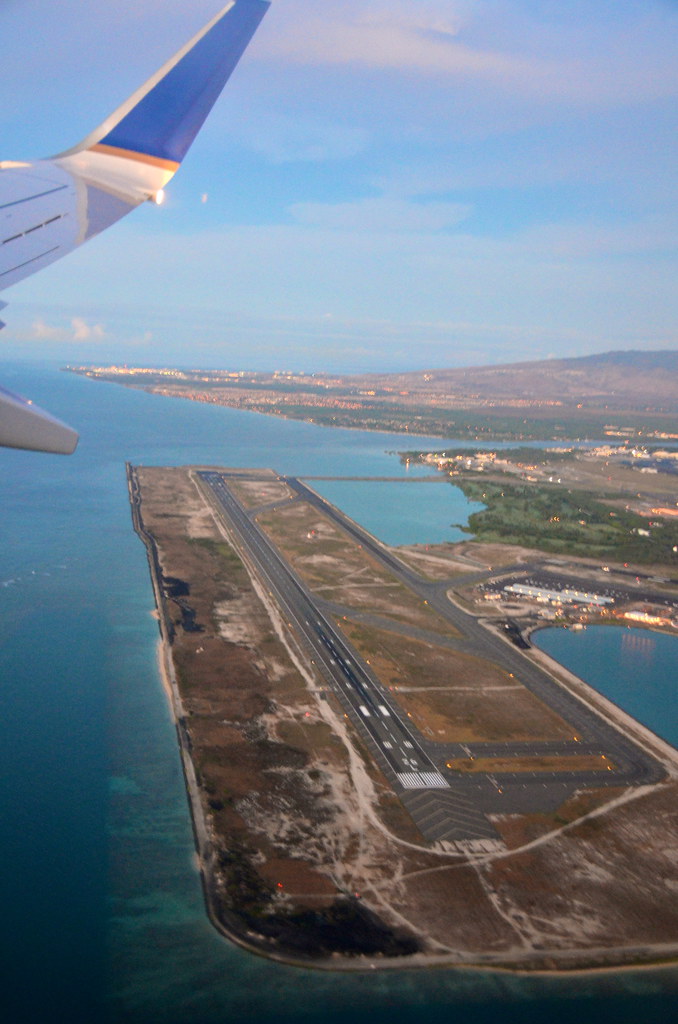 The flight from Honolulu to Majuro is about 5 hours. 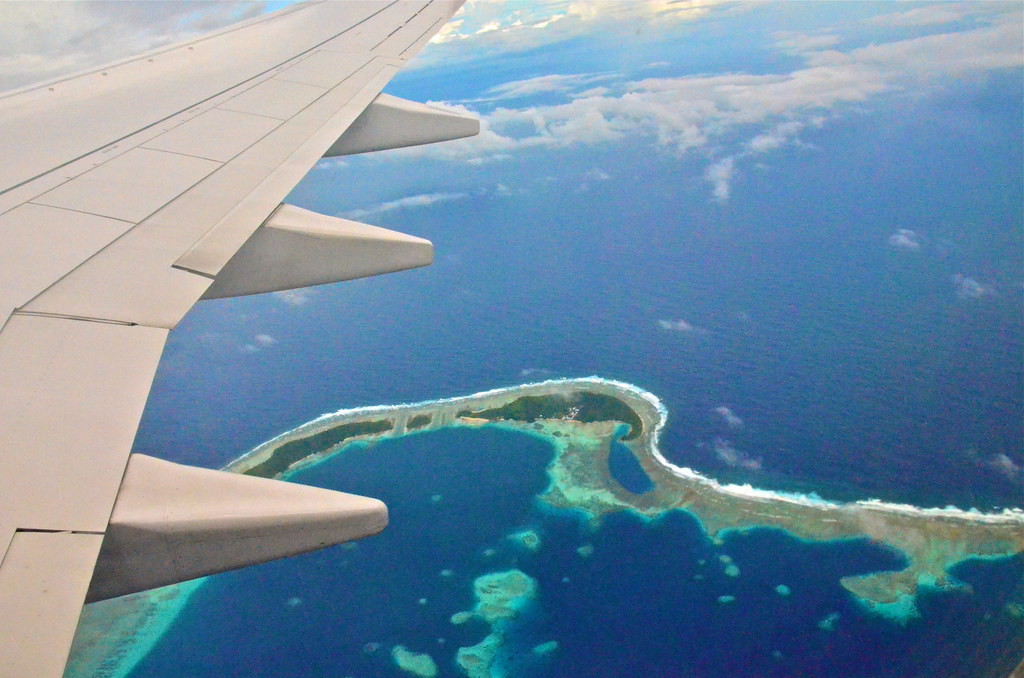 Majuro is the largest city in the Marshall Islands. It is also the capital. 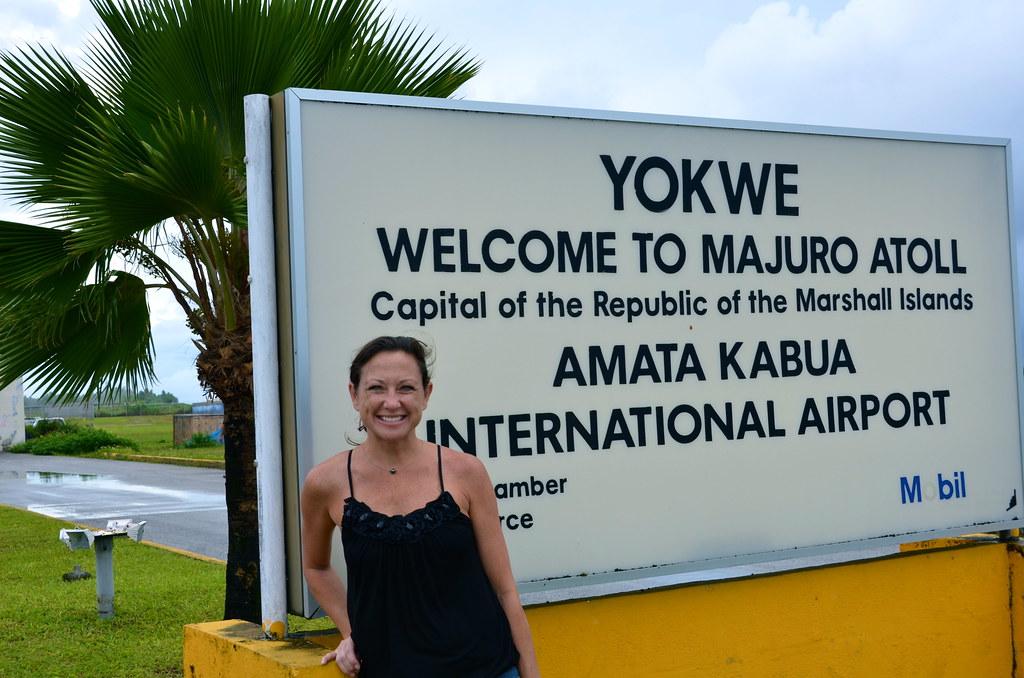 At each stop they asked half of us to deplane so they could clean and restock. 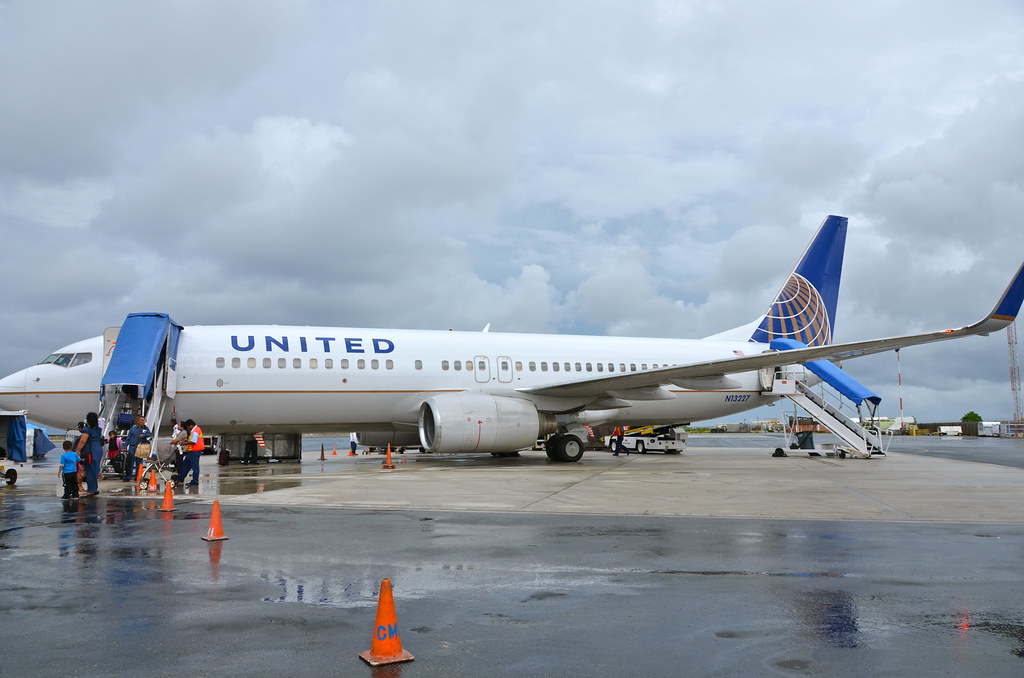 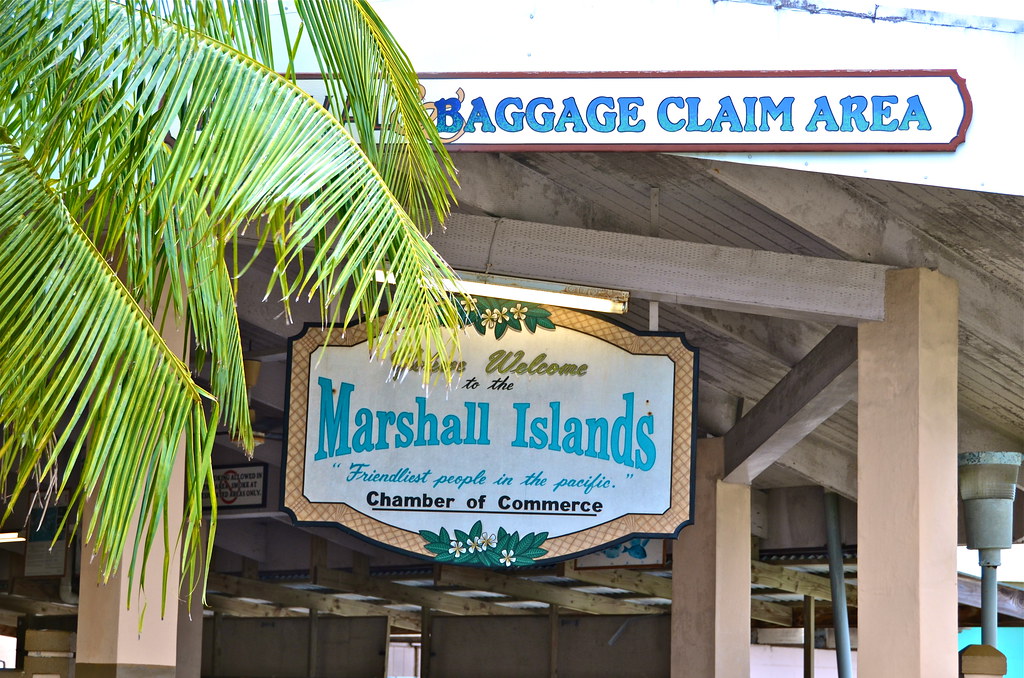 We stood outside of the departures area of the airport until it was time to board. 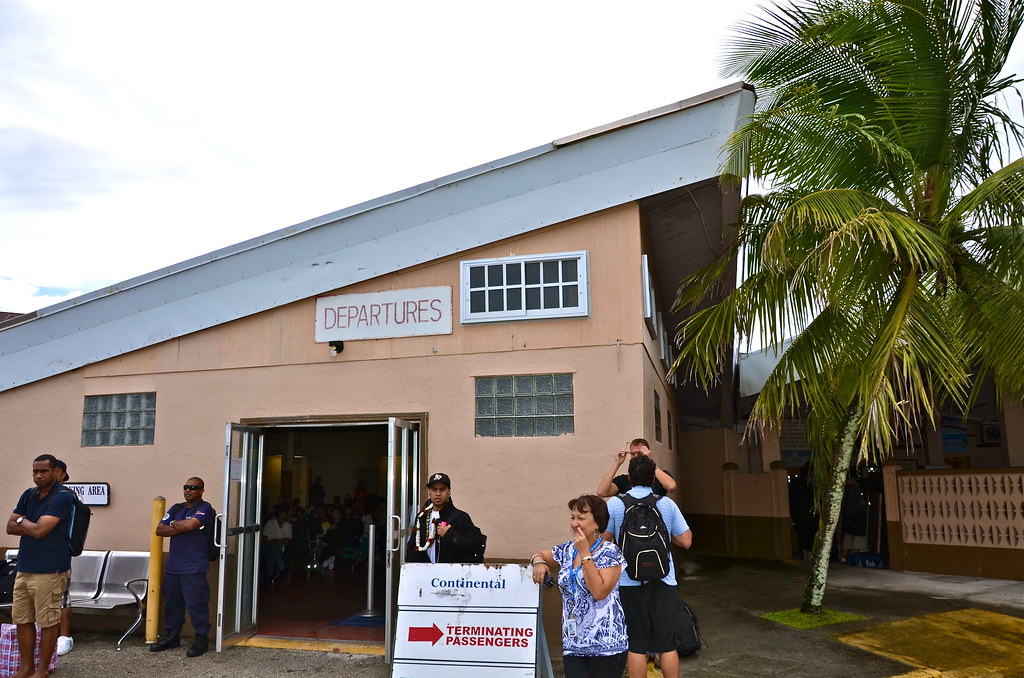 Our next flight was Majuro to Kwajalein — it only took about 50 minutes. 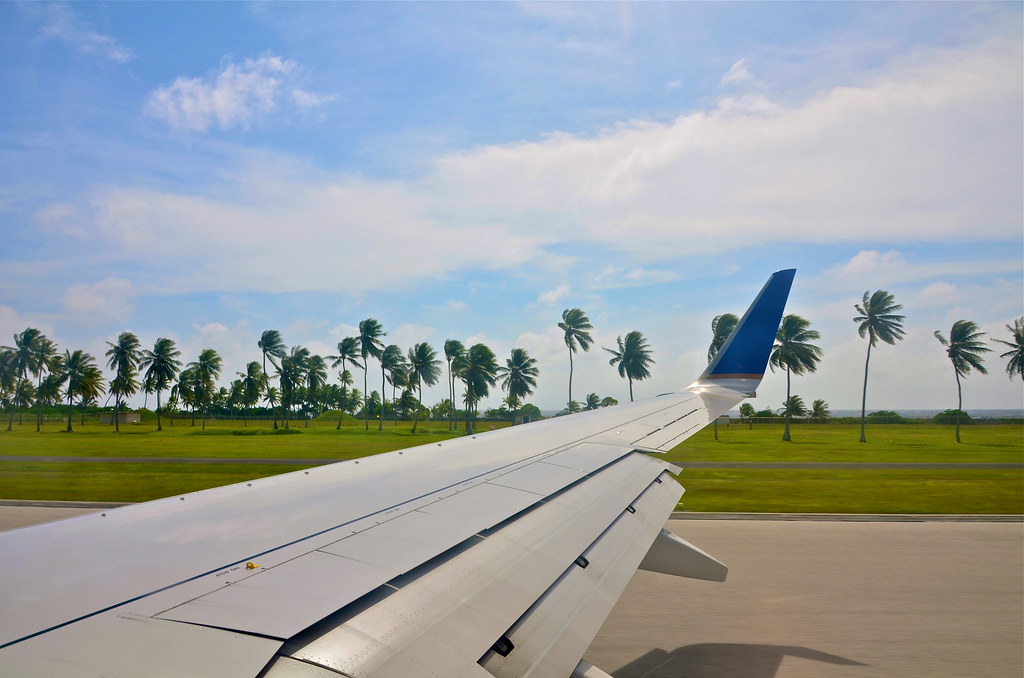 Kwajalein is part of the Marshal Islands. It is the southernmost and largest island in the atoll. 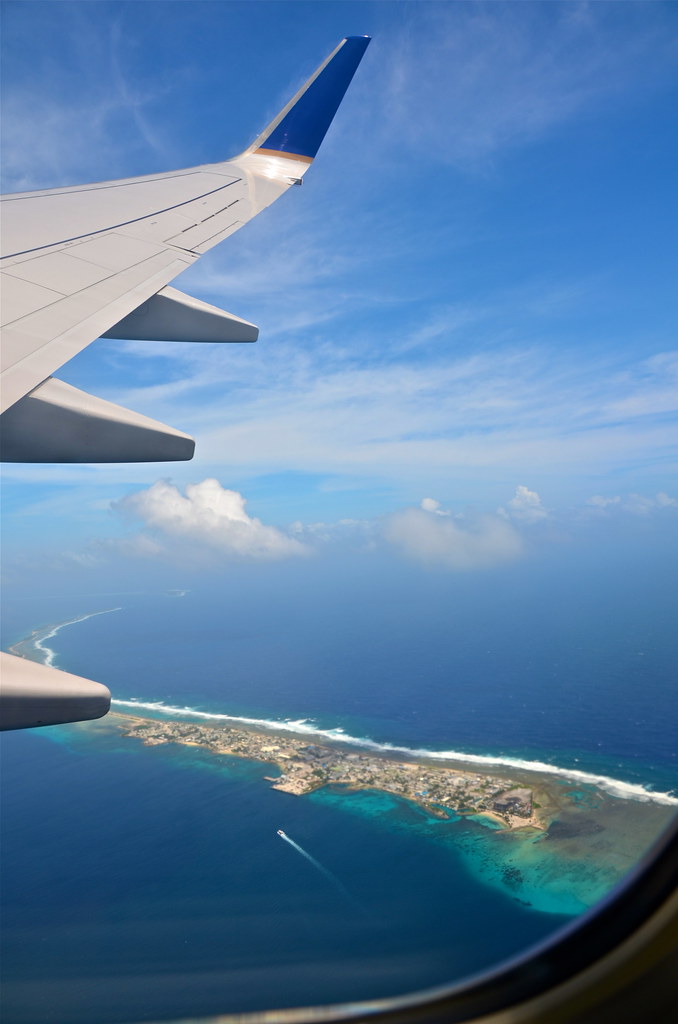 We didn’t leave the plane in Kwajalein but only because we didn’t think we were allowed to. 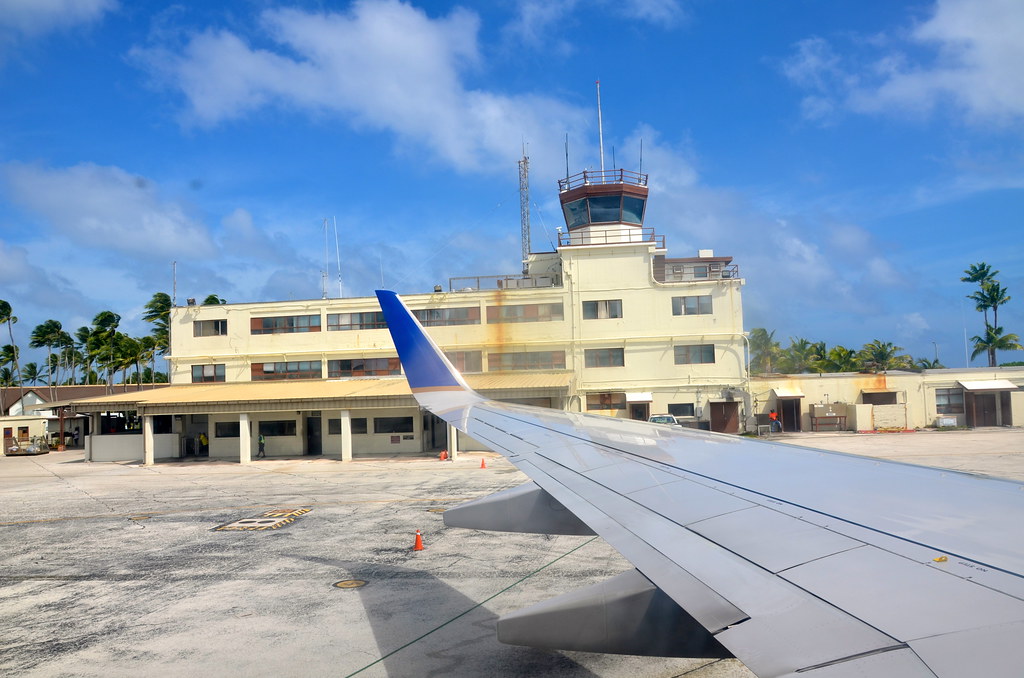 Later we found out that even though it wasn’t our side’s turn to deplane, we could have.

The next flight from Kwajalein to Pohnpei was about an hour and a half. 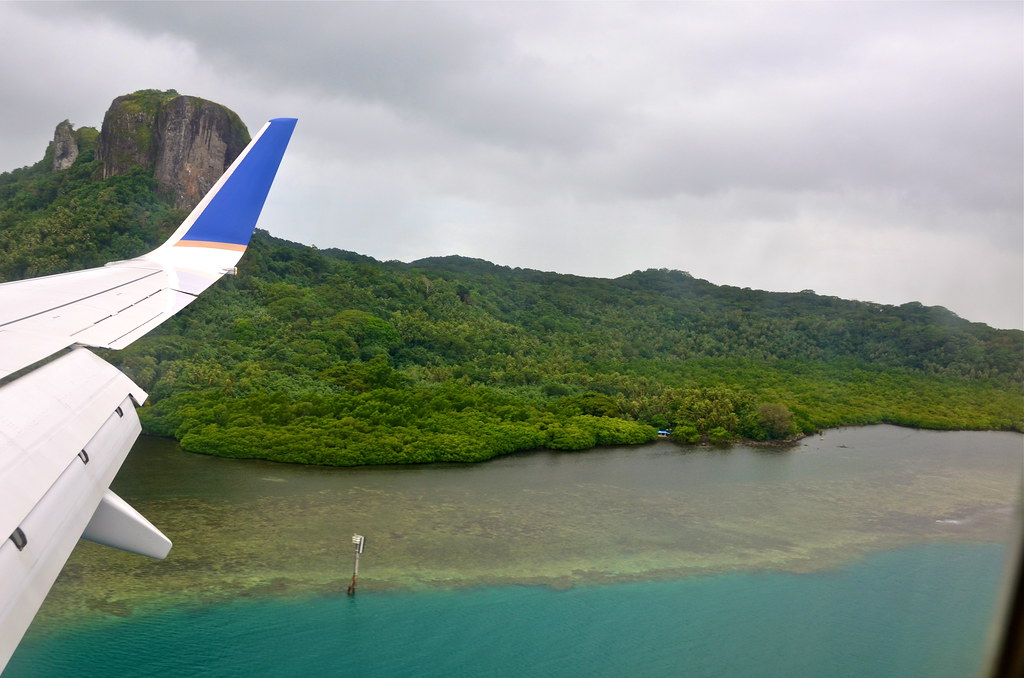 Pohnpei Island is the largest, highest, most populous, and most developed island in Micronesia. 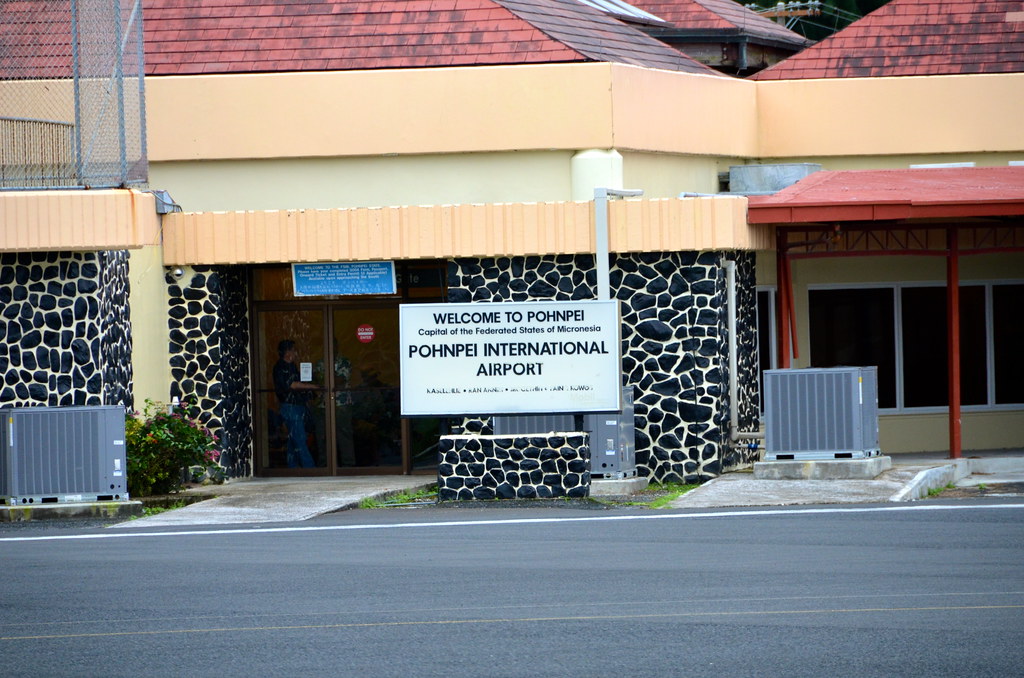 Instead of walking to the airport, we decided to hangout on the steps of the plane with some of the crew and other passengers. 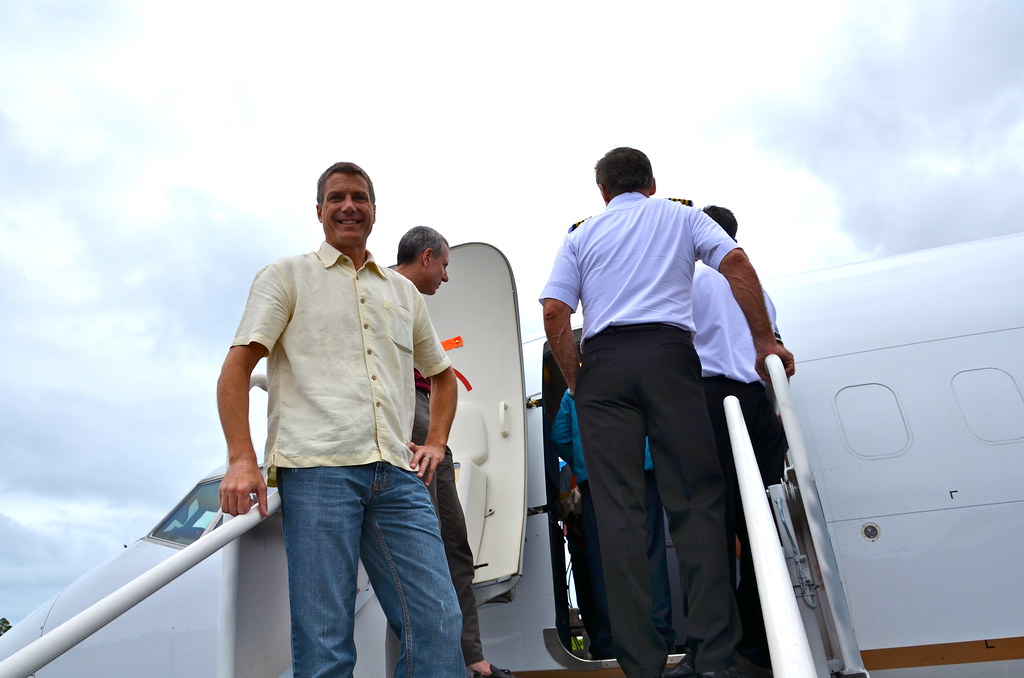 Our next stop was Chuuk, one of the four states of the Federated States of Micronesia. 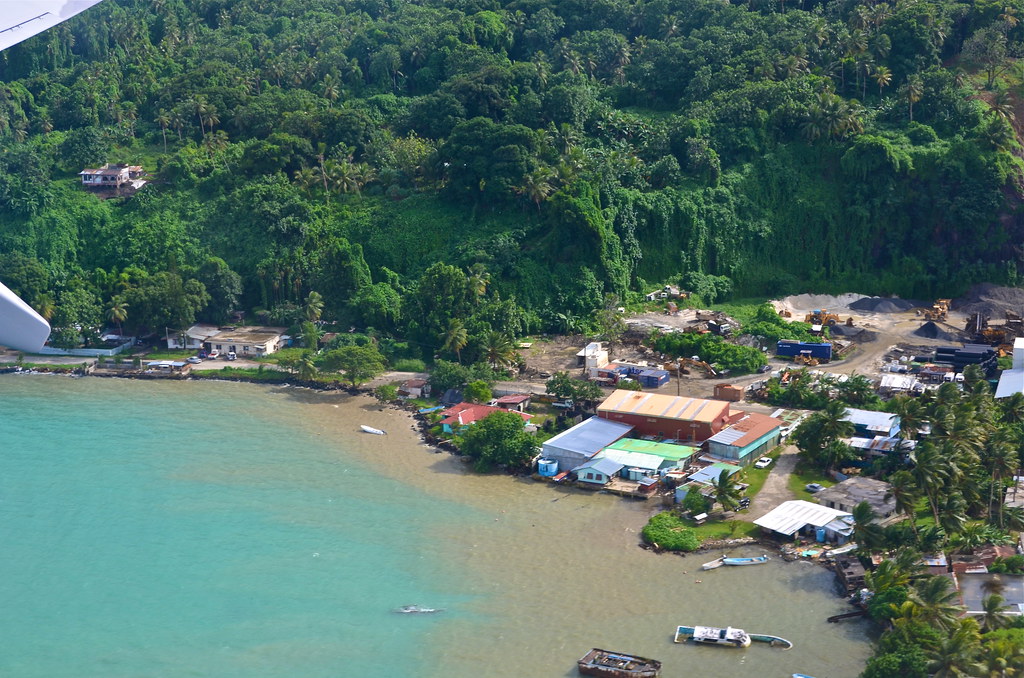 The flight from Pohnpei to Chuuk was about an hour. 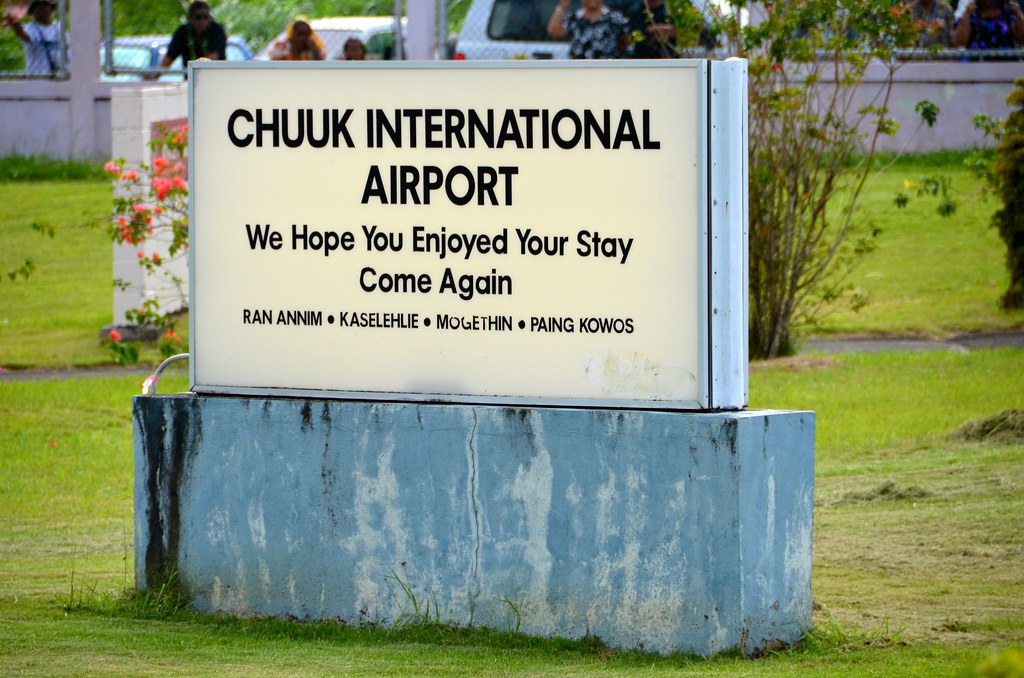 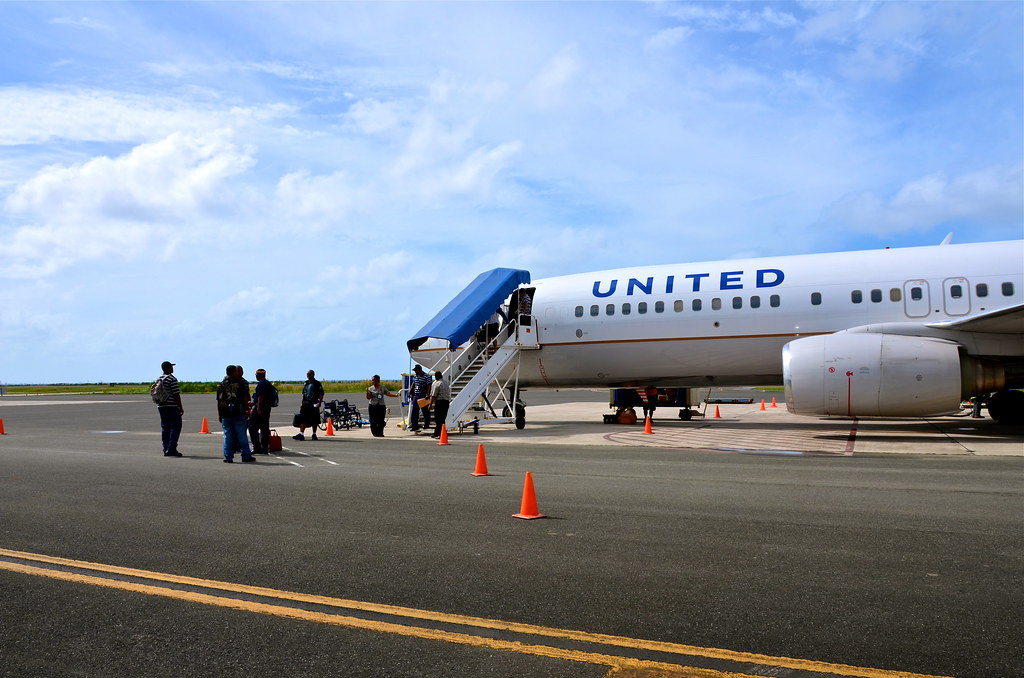 Chuuk is a major shipwreck site from WWII and has been named the best shipwreck diving destination in the world. 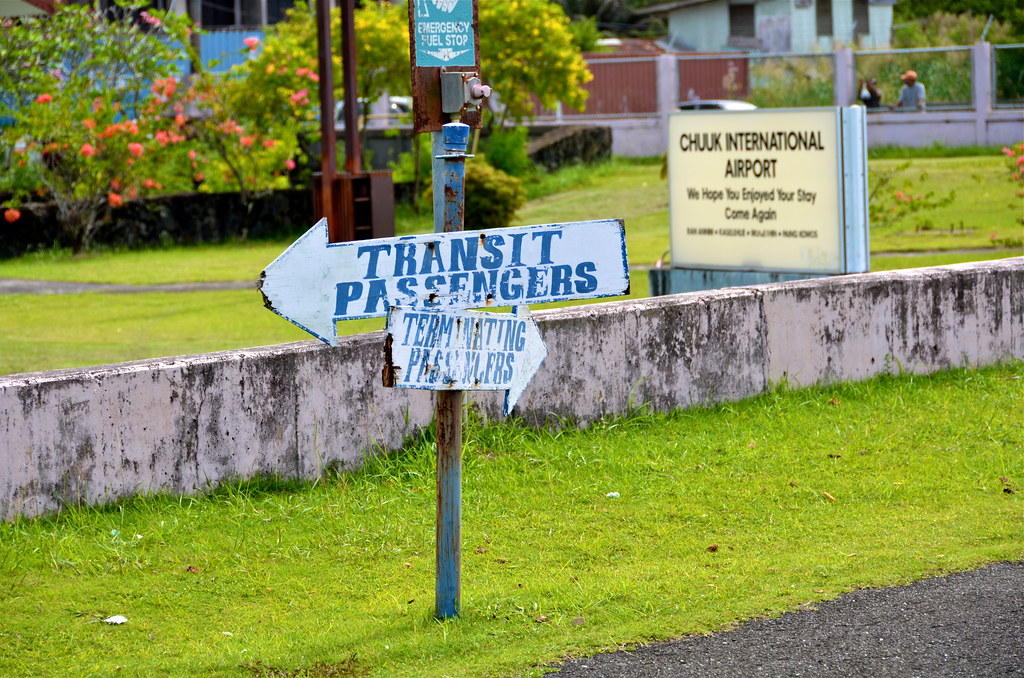 The last leg on the Island Hopper is an hour and a half flight from Chuuk to Guam. 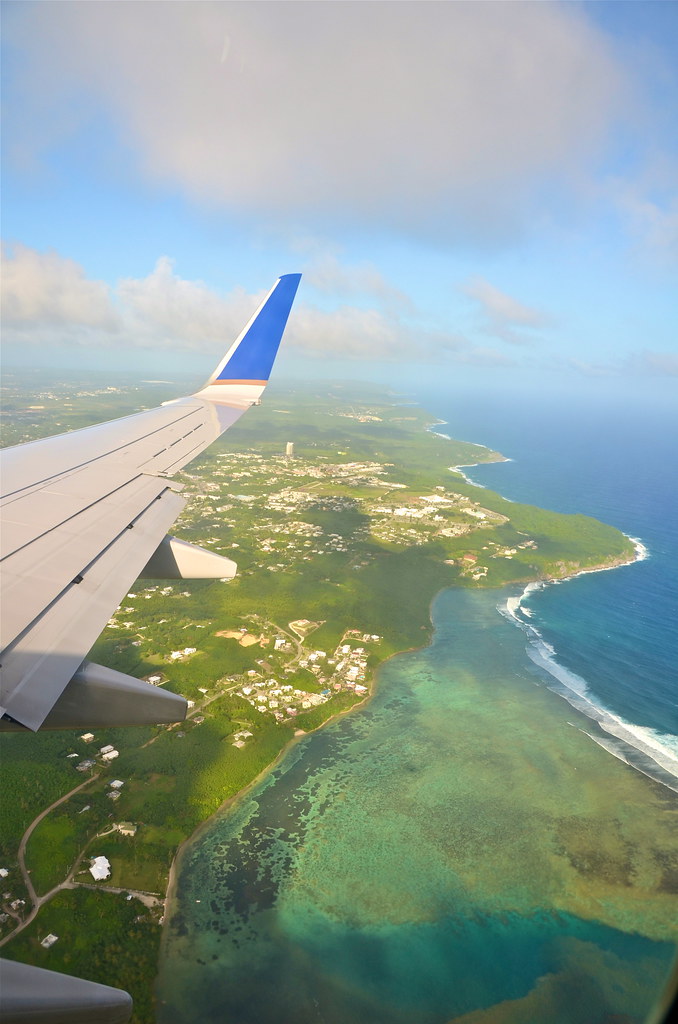 Guam is the largest island in Micronesia and is an unincorporated territory of the United States. 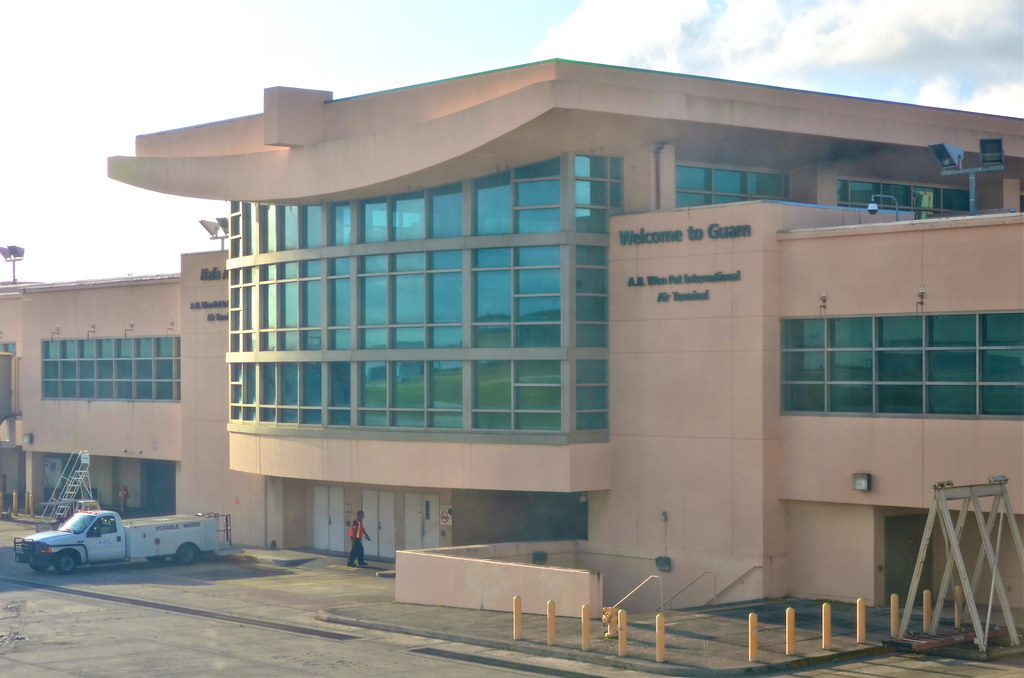 When we walked through customs we were greeted with “Welcome back to the United States!”

Unfortunately we couldn’t make the flights work for a stopover in Guam. I really look forward to getting back there one day.

If you ever get the chance to do the Island Hopper, do it. 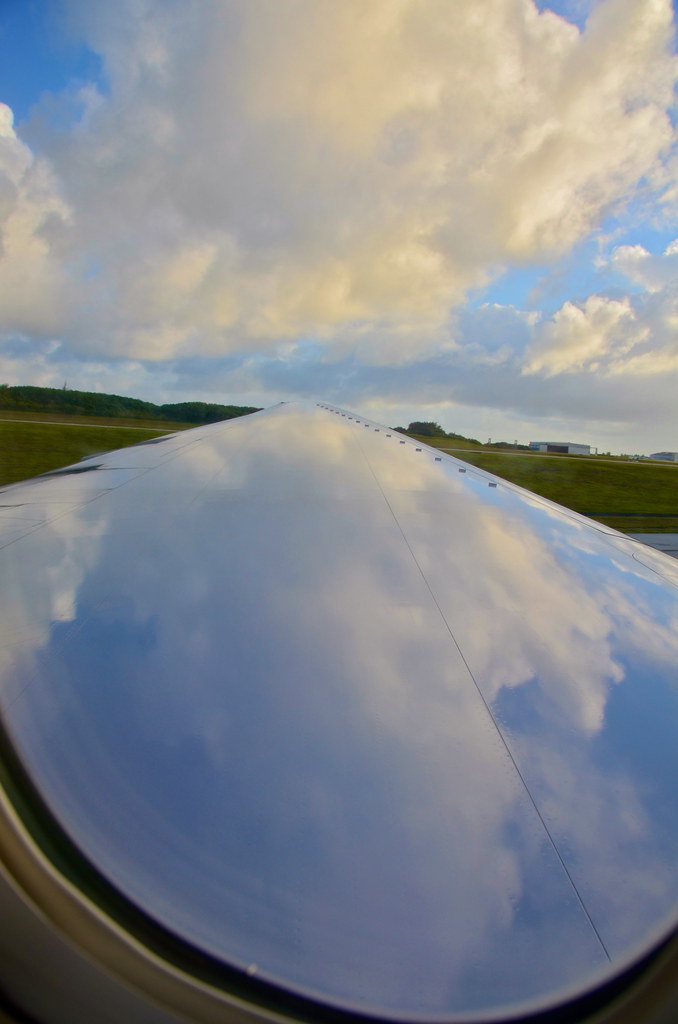 It may have been the longest way to get from Florida to Tokyo but it was an amazing day of views, takeoffs, and landings. 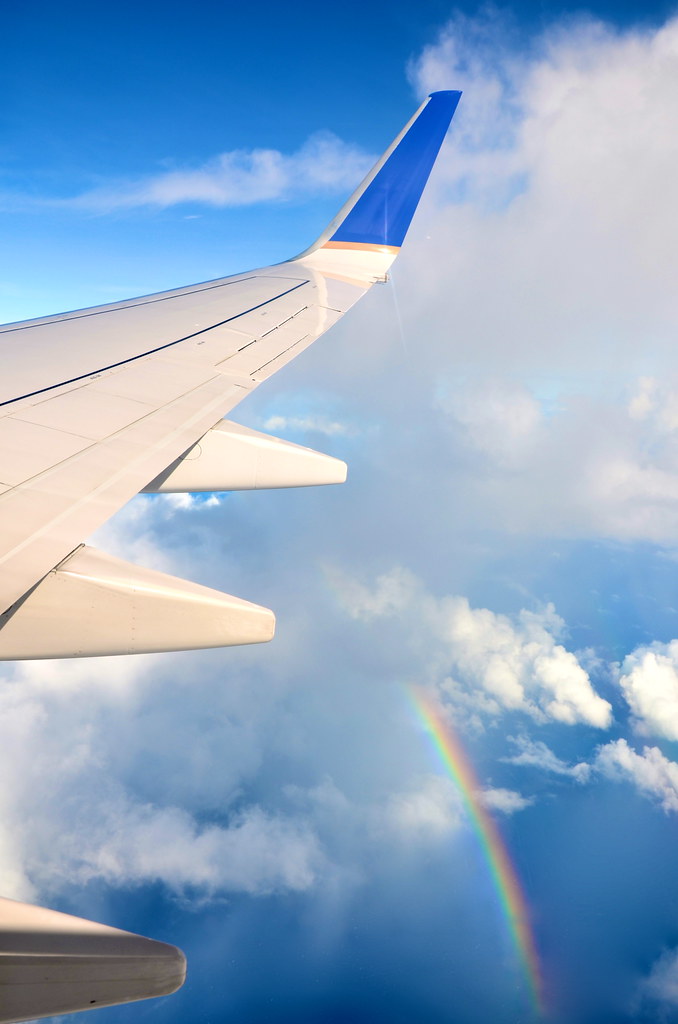