The other night I picked up two Prime Delmonico steaks from my local meat market and cooked them TRex style. 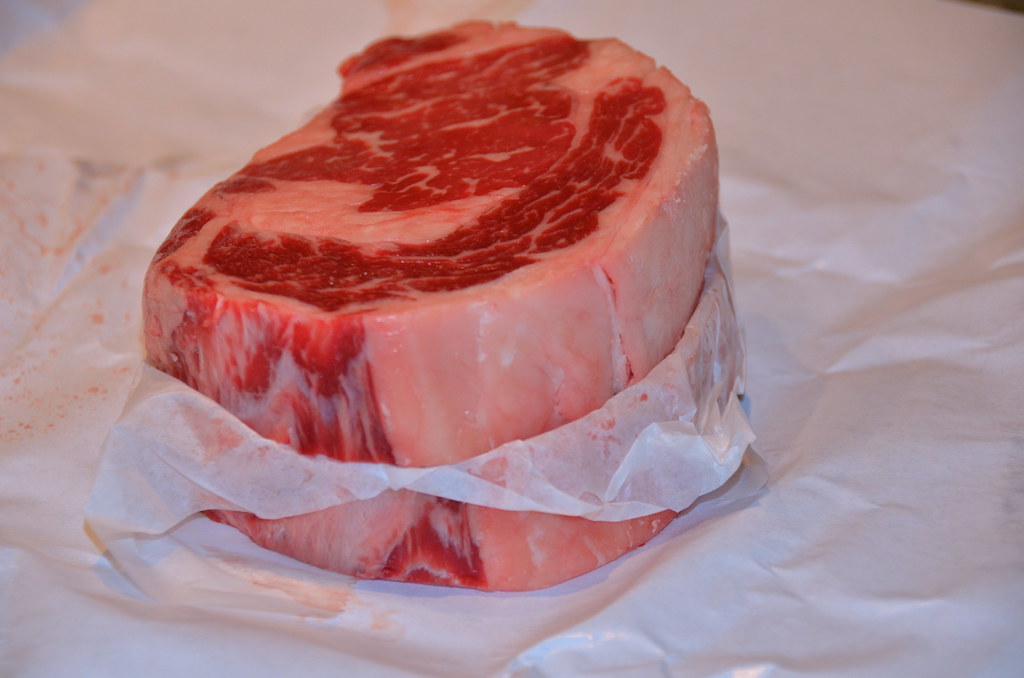 TRex is a guy who frequents the Big Green Egg forums. Those of us in that world consider this way of cooking a steak, the TRex Method.

You can read all about his method HERE.

You’ll want your steaks to be room temperature before cooking them. Just leave them out on the counter for about an hour or so. 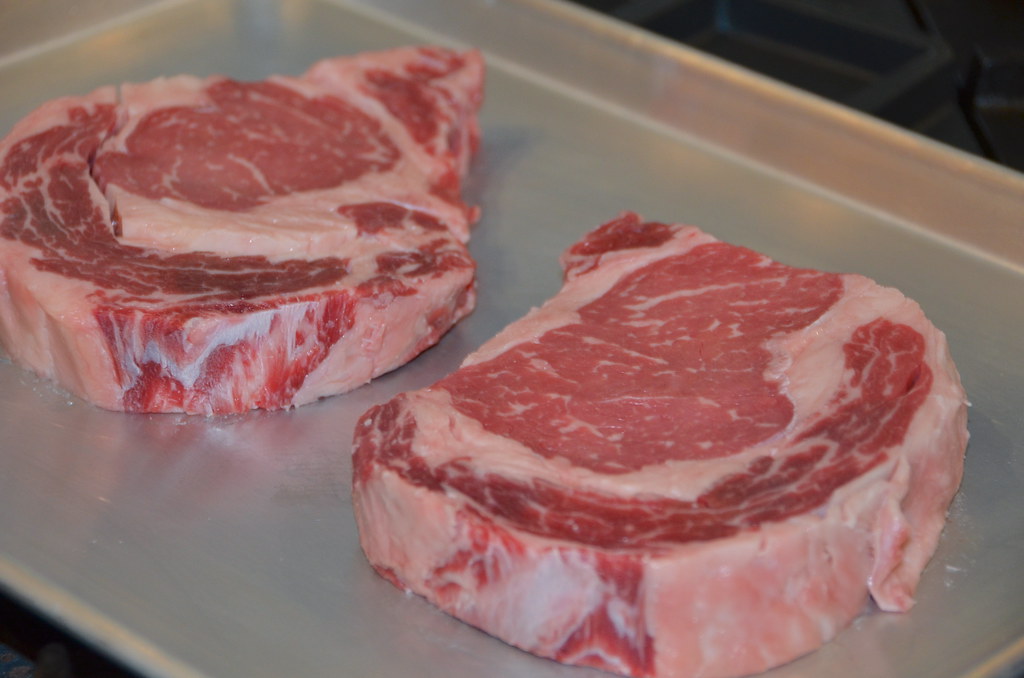 Once your Big Green Egg (or other grill) is super hot (750°F+), brush the steaks with oil, season with salt and pepper, and put them on the cooker. 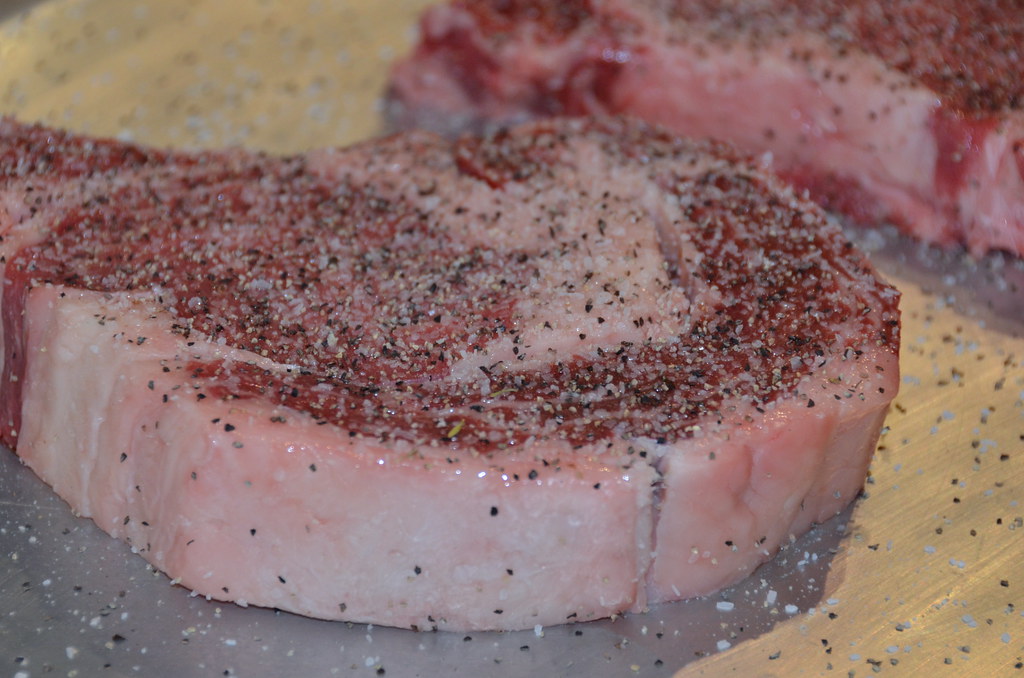 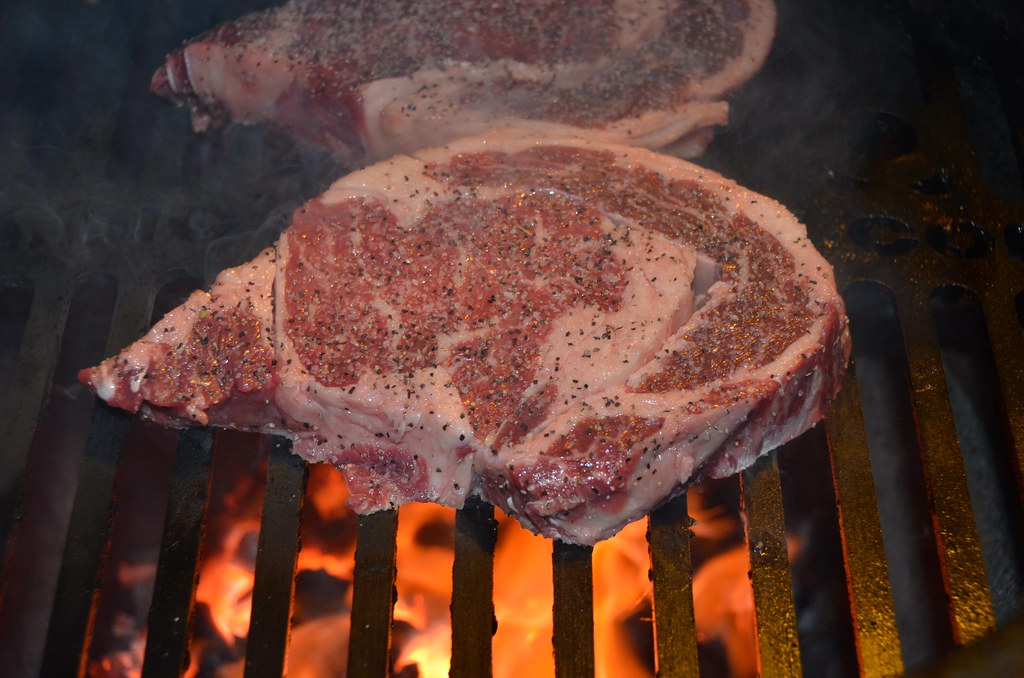 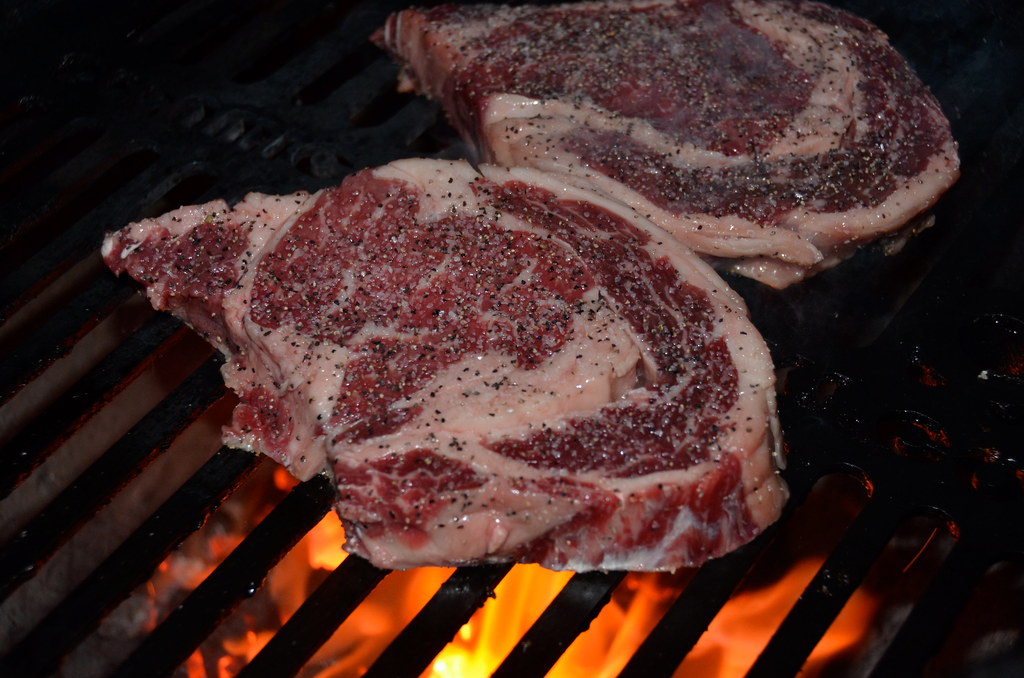 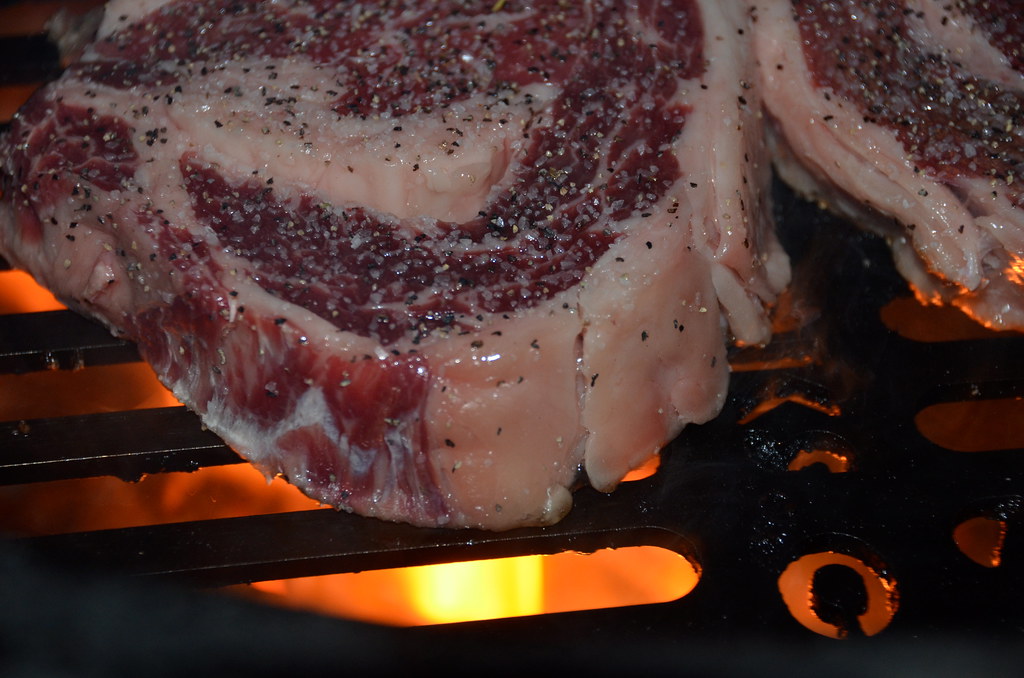 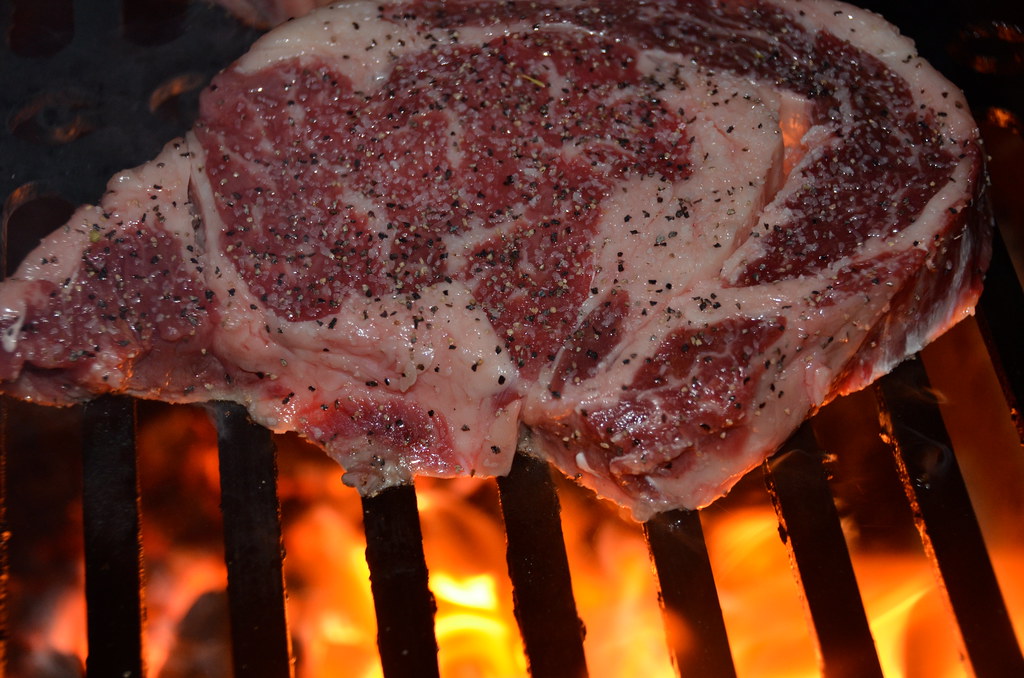 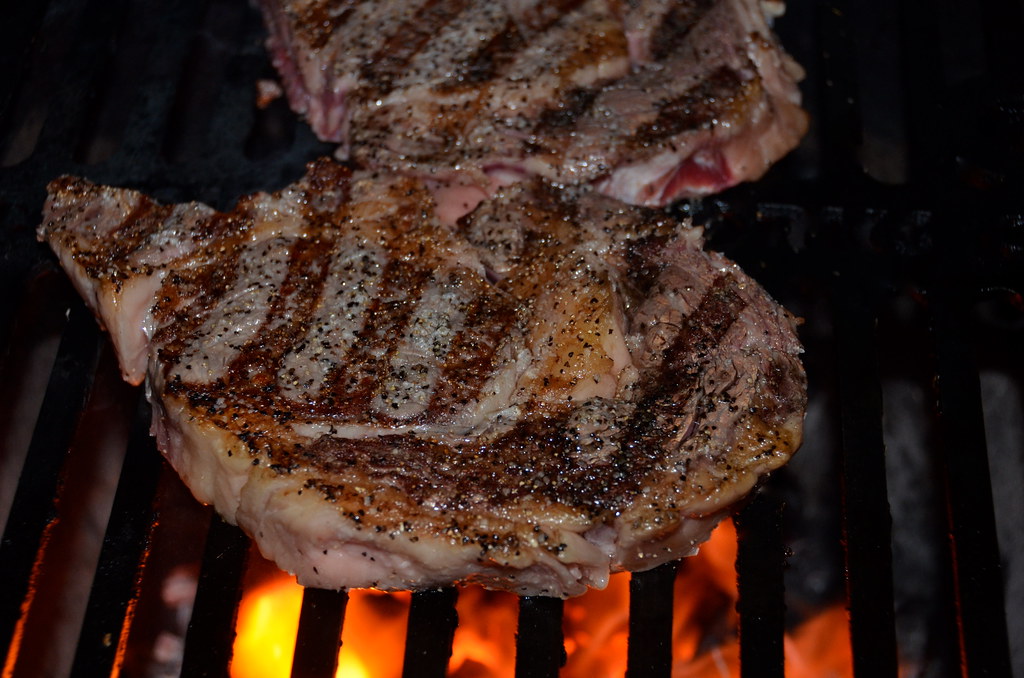 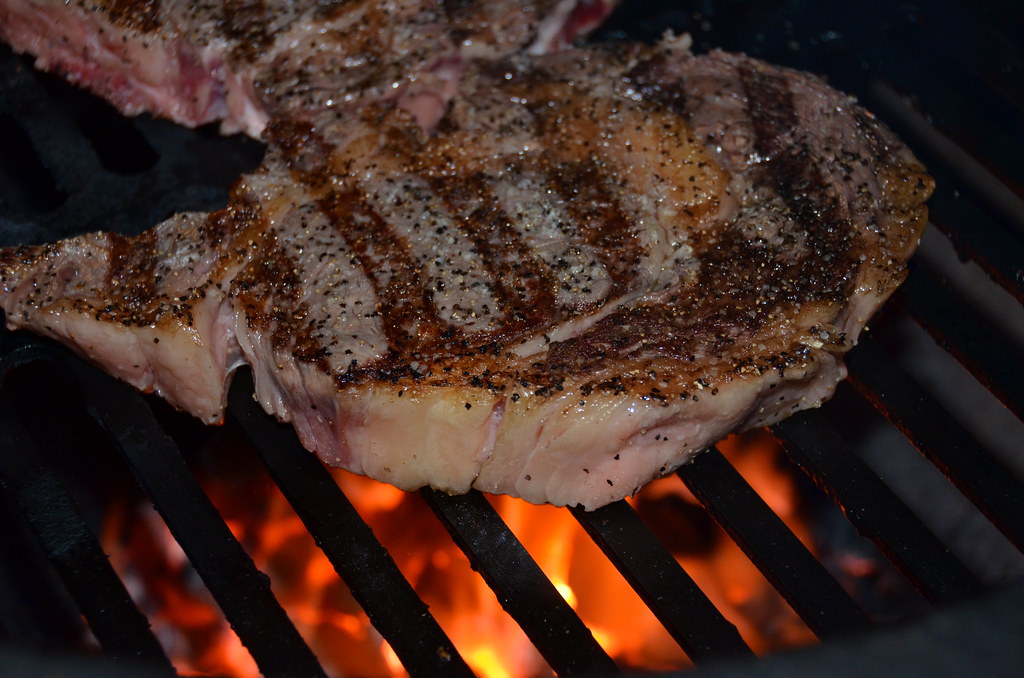 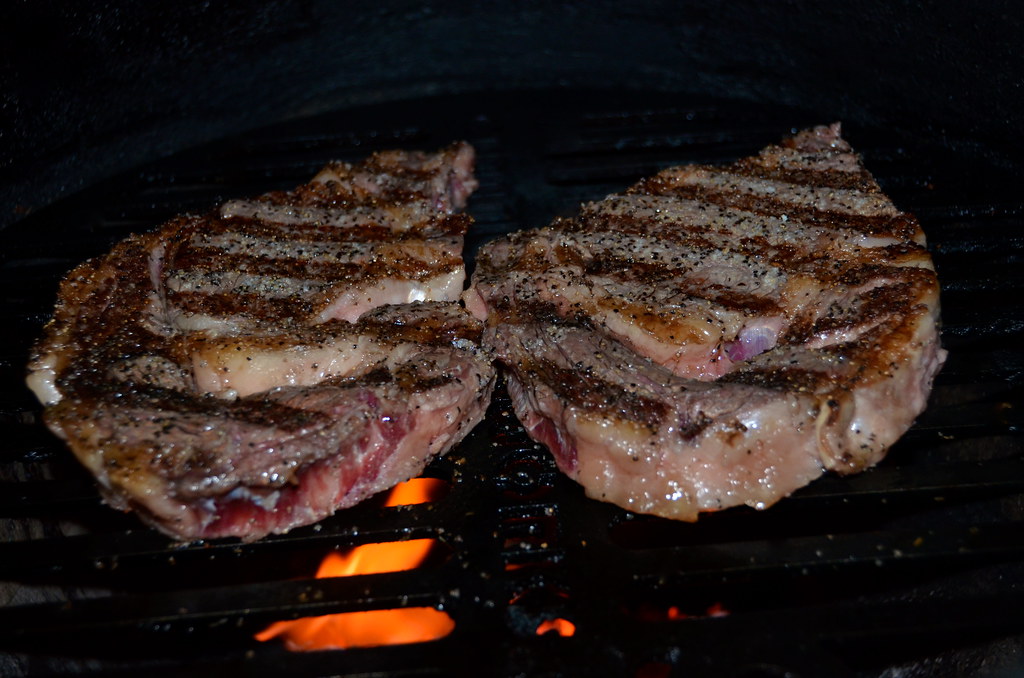 Remove the steaks from the cooker and take them inside for about 20 minutes. 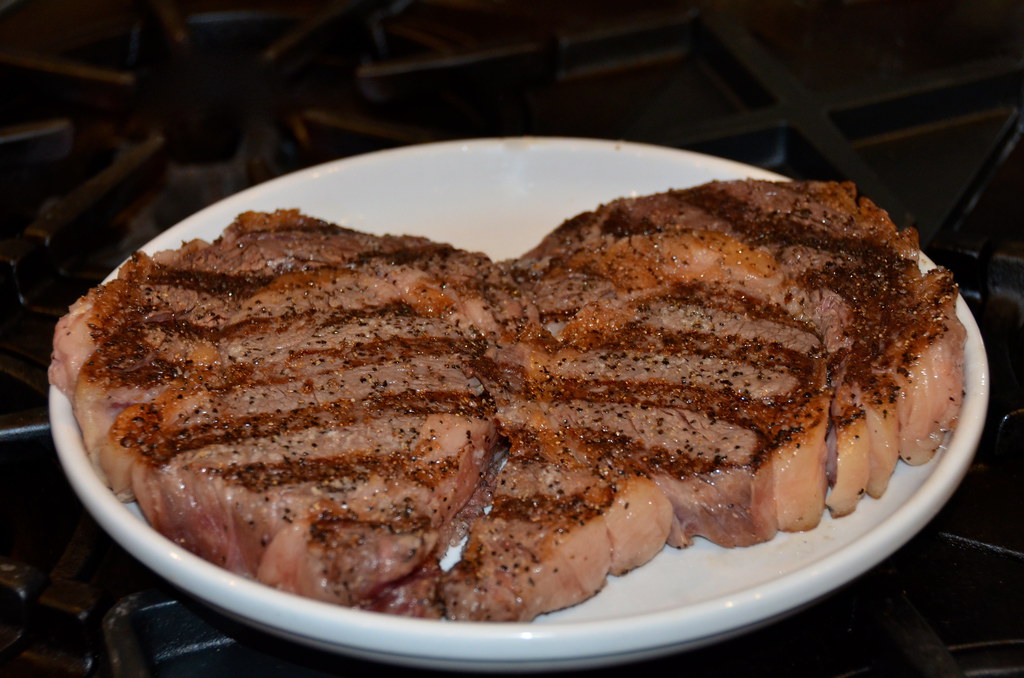 This resting step is very important. Here is what TRex has to say about it:

I learned this important tidbit from a friend of mine, David Welch, who has been a chef at several well-known steak houses, including Pappas Bros. in Houston. Meat is mostly muscle that will contract and tighten during the searing process (think of when you get a “knot” in your shoulder muscle). For a tender, juicy steak, you must let the muscle in the meat relax before you cook your steak at a lower temperature (think of a massage working the knot out of your shoulder). After much experimentation, I have found that the optimum resting time for a steak is 20 minutes. Any longer than this and the juices start to run out of the meat. So leave the steak on a plate in your kitchen and walk away (if you have a dog, you may not want to walk away).

In the meantime, bring your cooker down to about 400F. This is a good time to open a bottle of wine and let it breathe.

After 20 minutes, put the steaks back on the cooker. 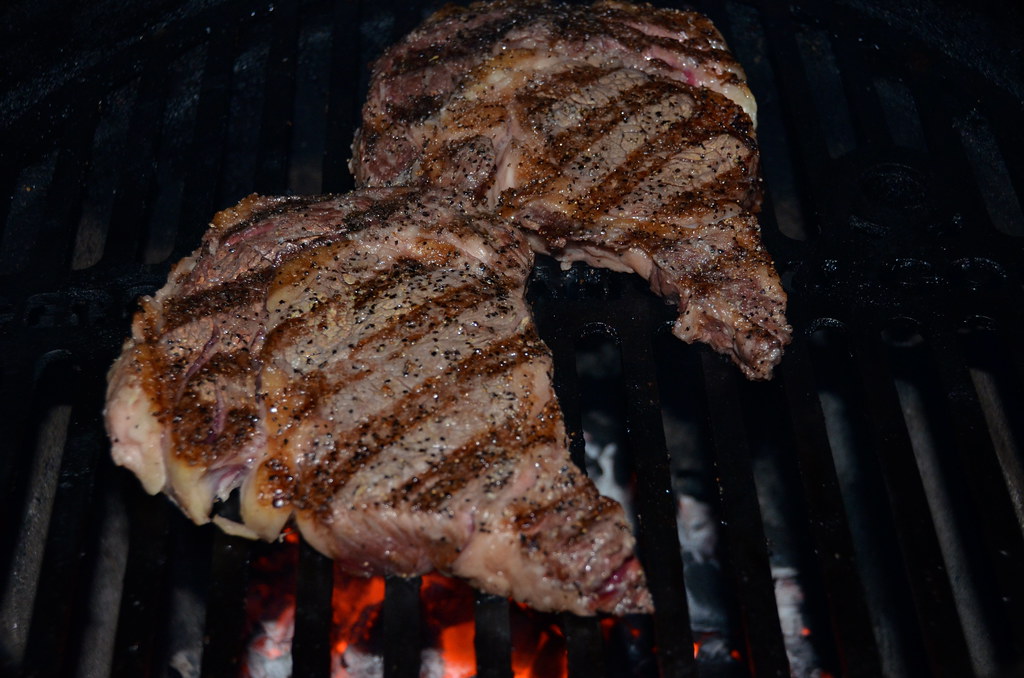 Cook for about 5 minutes on the first side and then flip. 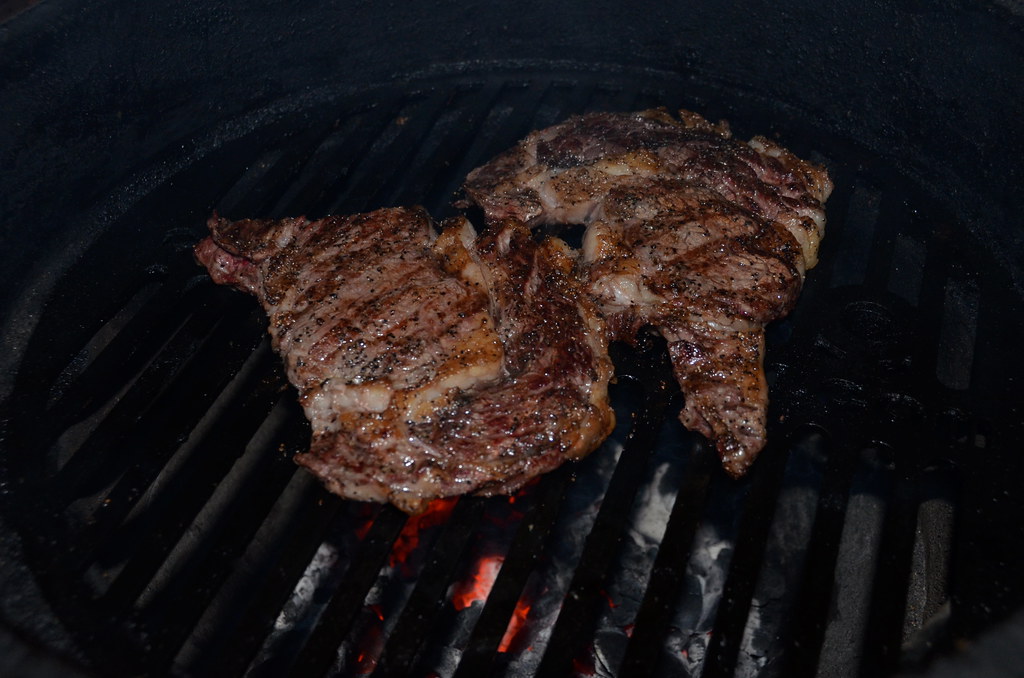 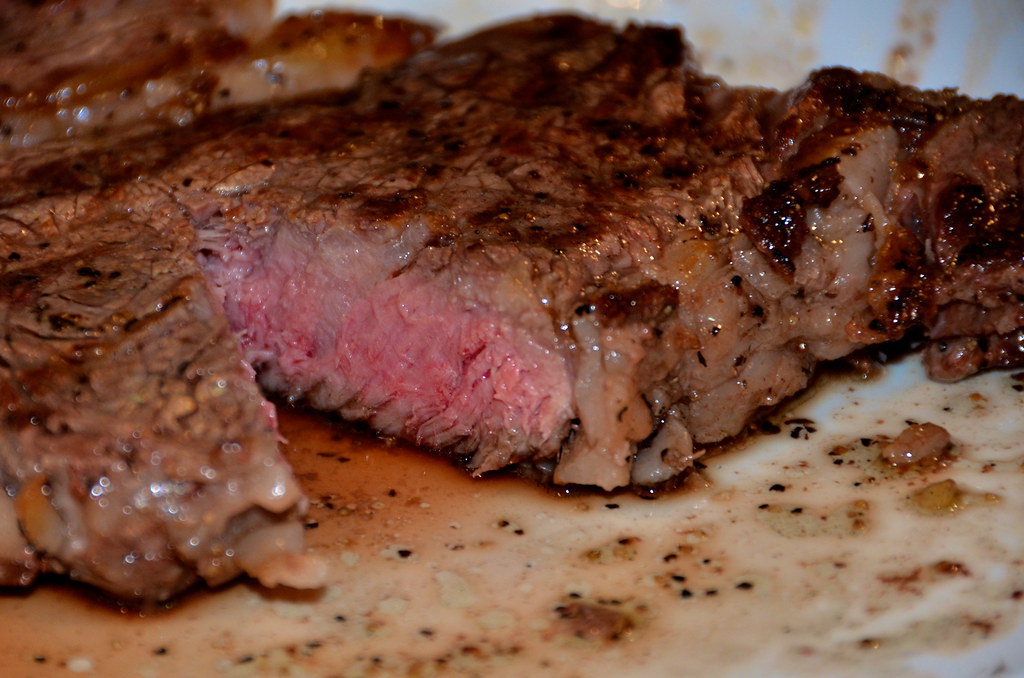 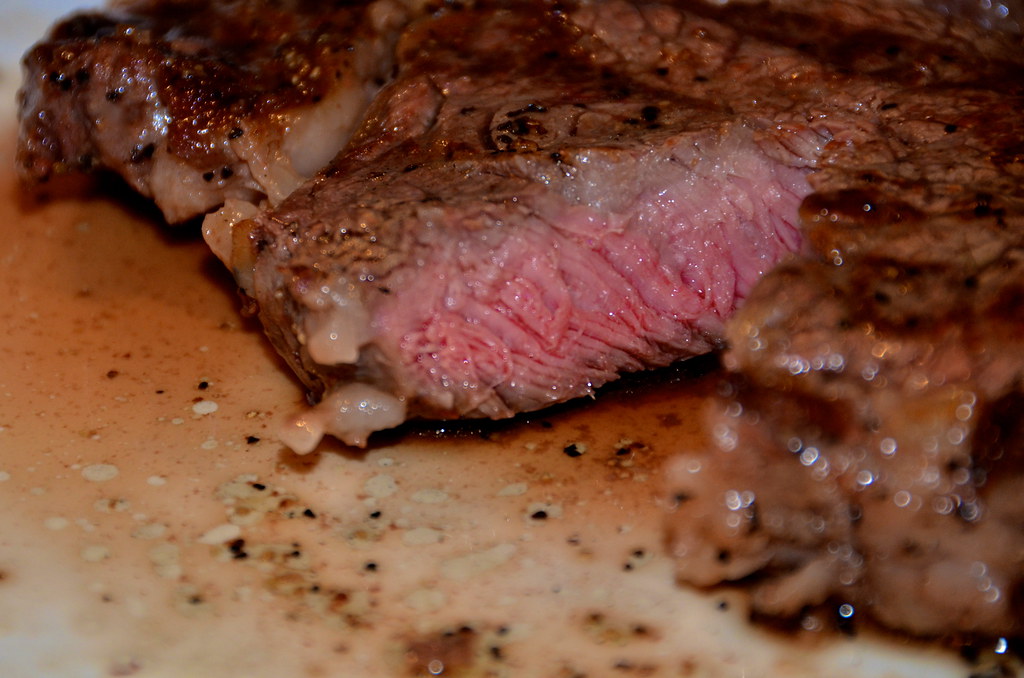 We enjoyed our TRexed prime delmonicos with a bottle of 2001 Franciscan “Magnificat” and twice baked potatoes.