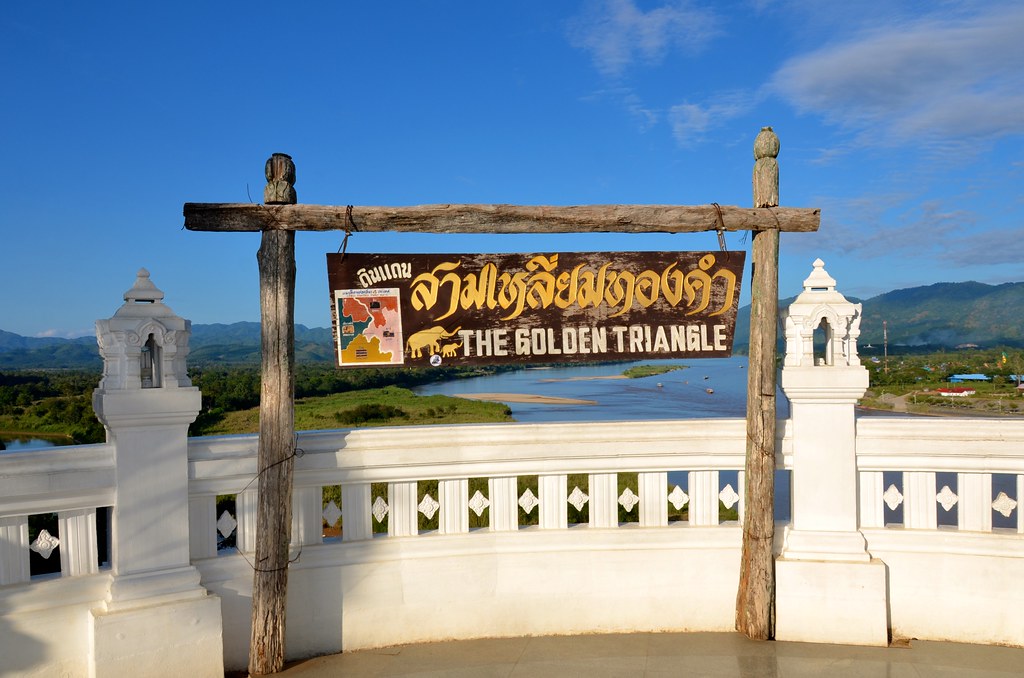 The Golden Triangle is an area in Southeast Asia where the countries of Laos, Myanmar, and Thailand meet. 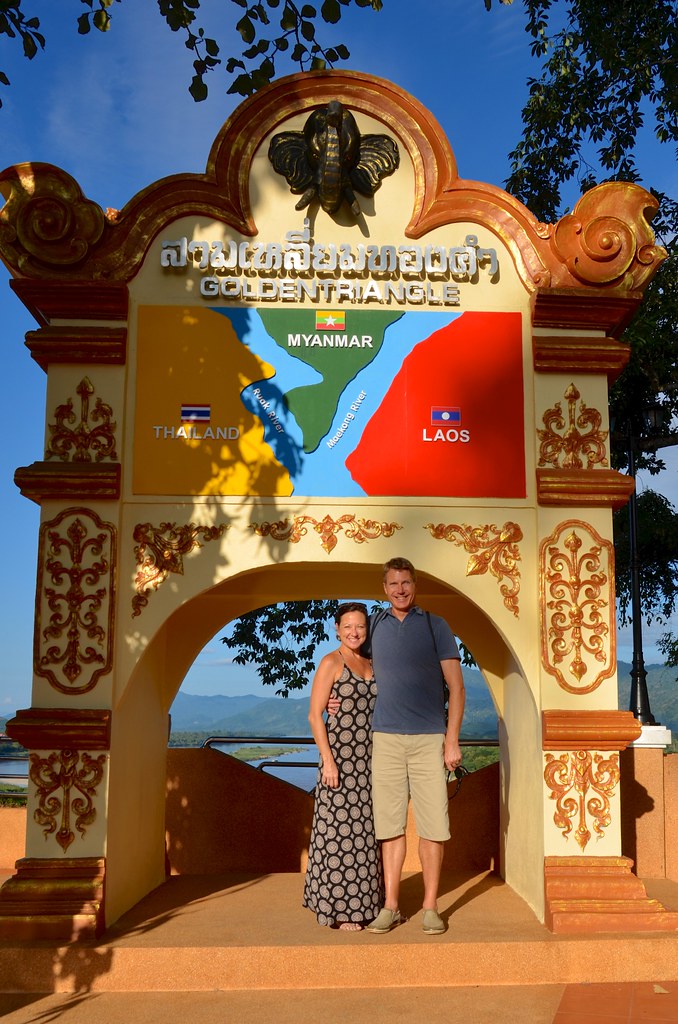 The Ruak River and Mekong River form a natural boundary between the three countries. 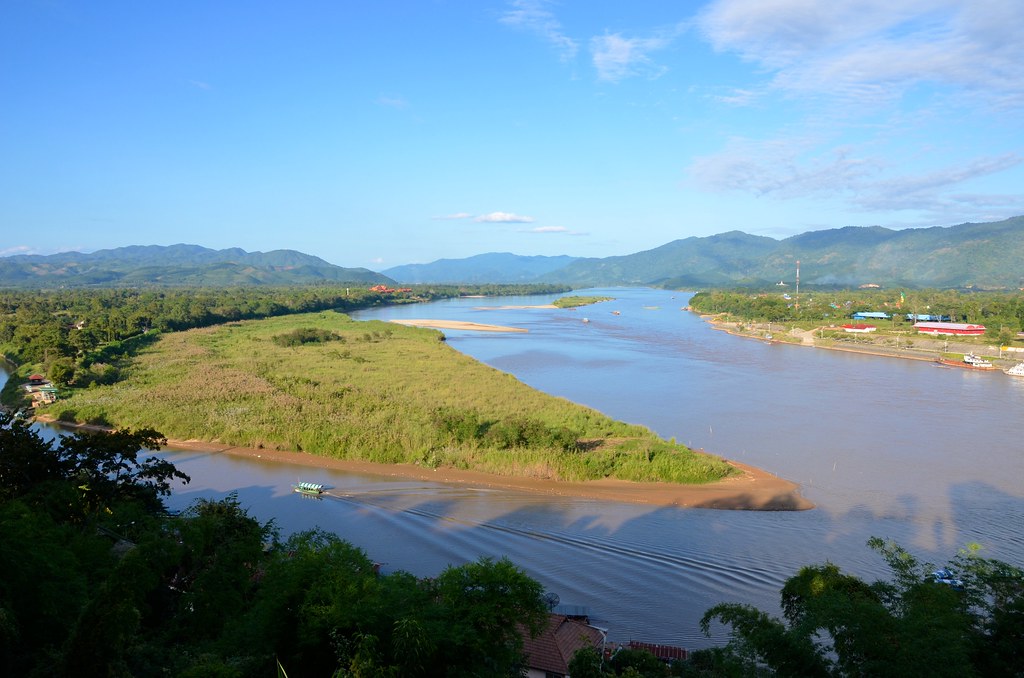 Laos is located east of the Mekong: 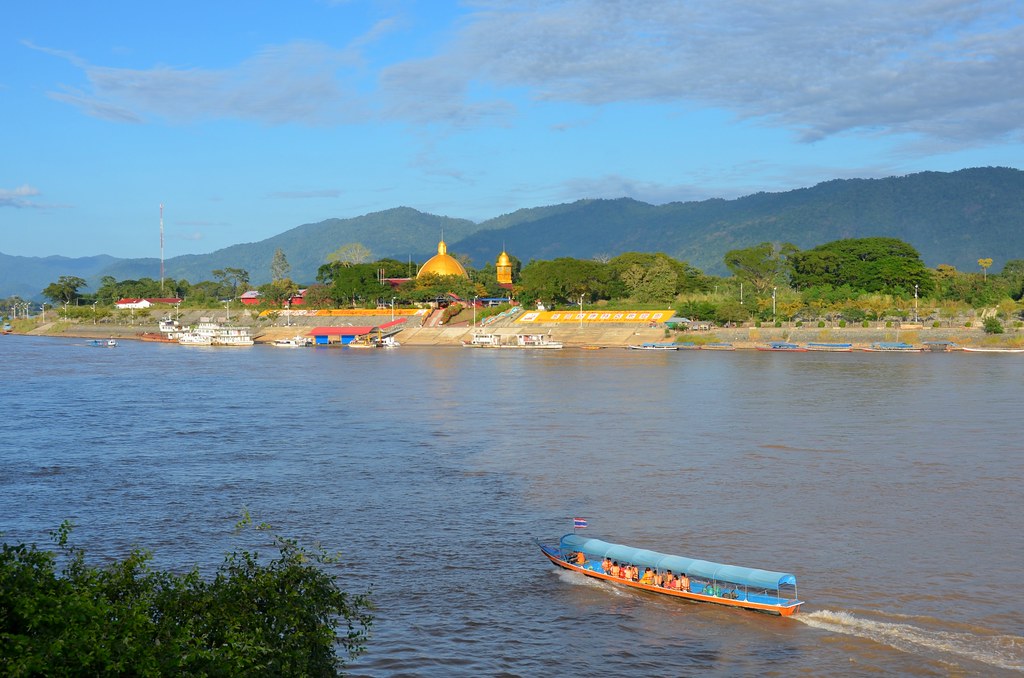 Myanmar is located to the north of the Ruak: 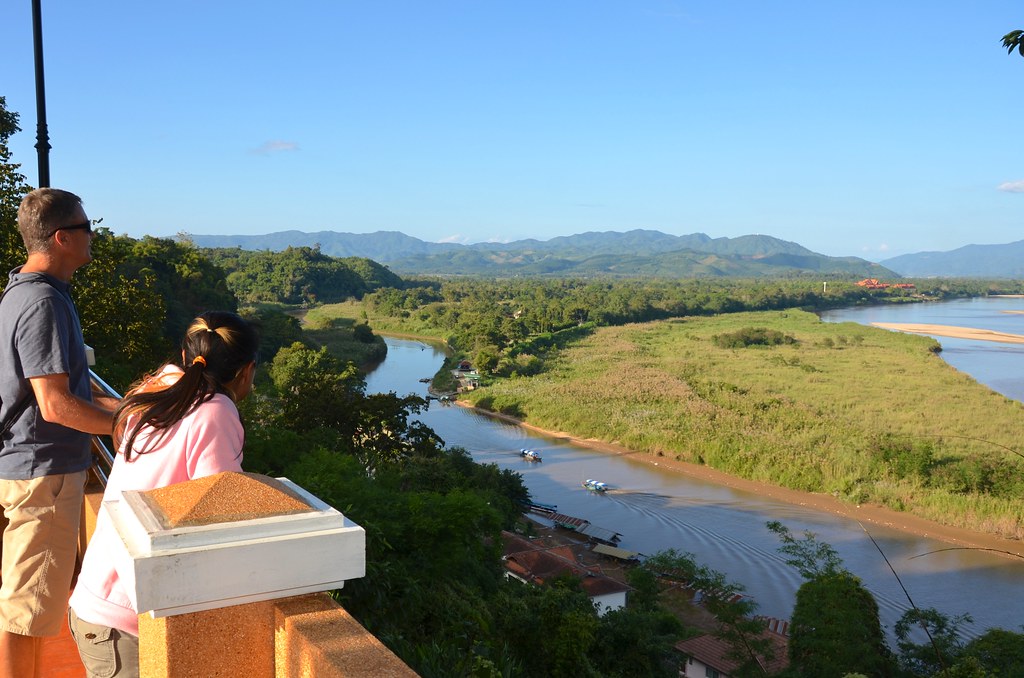 And Thailand is to the west of the Mekong.

Historically, the Golden Triangle was famous for its opium production and drug trade. The governments of Thailand, Laos, and Myanmar successfully cracked down on opium producers in the 1990’s which resulted in a significant reduction in the cultivation in the area. Of course this made it difficult for farmers to support their families, so many turned to production of new drugs, mostly methamphetamine. 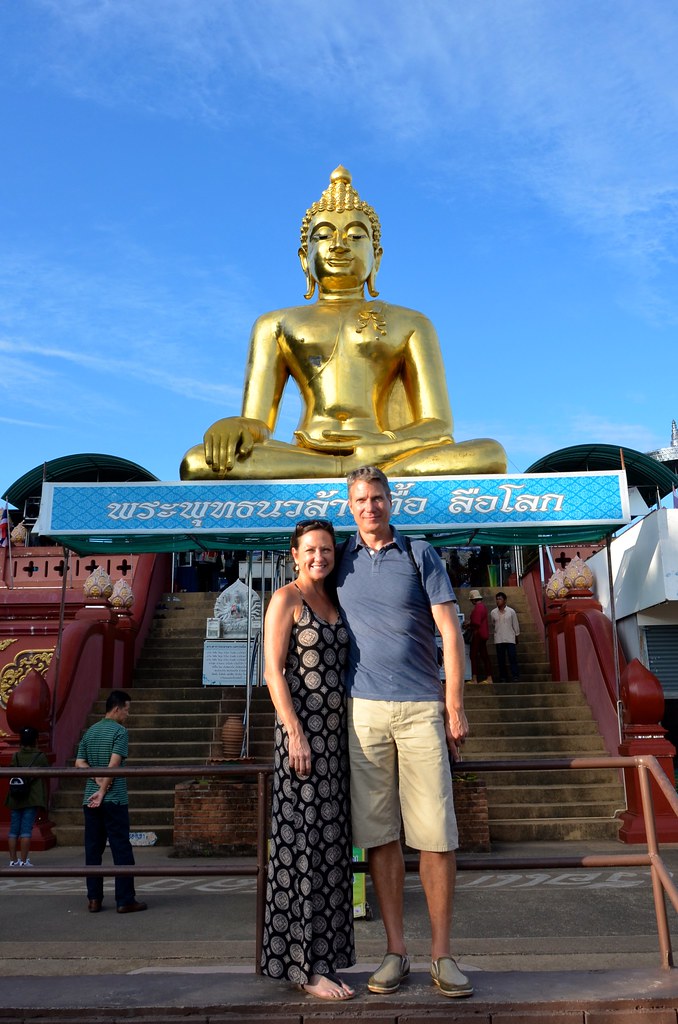 Yes, it’s quite touristy but, why not!

Where else can you see a giant golden Buddha seated on a treasure ship? 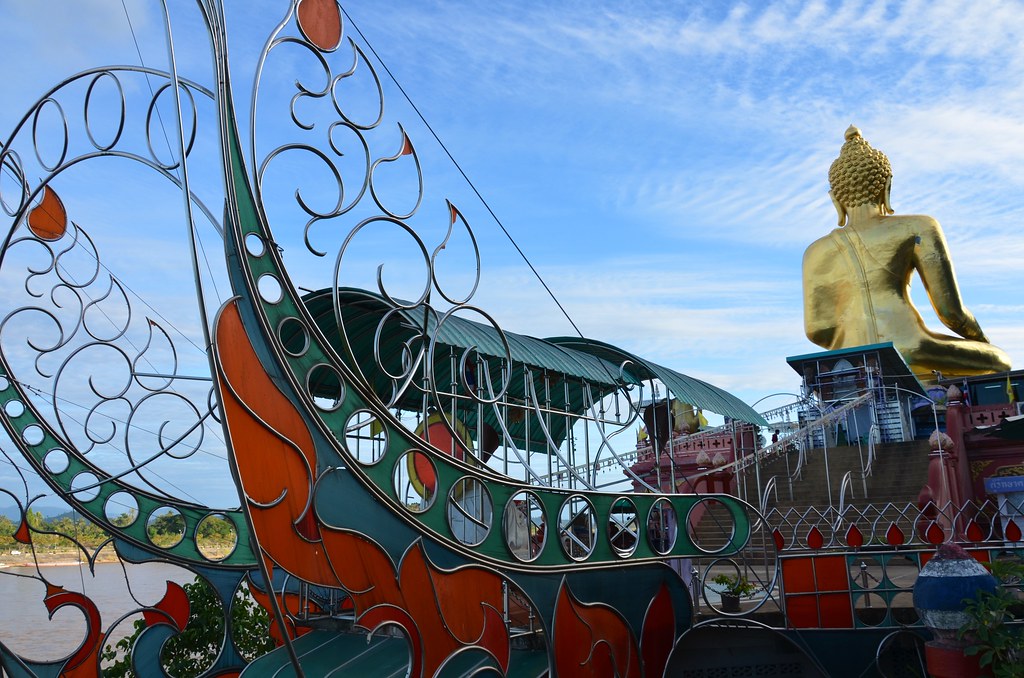 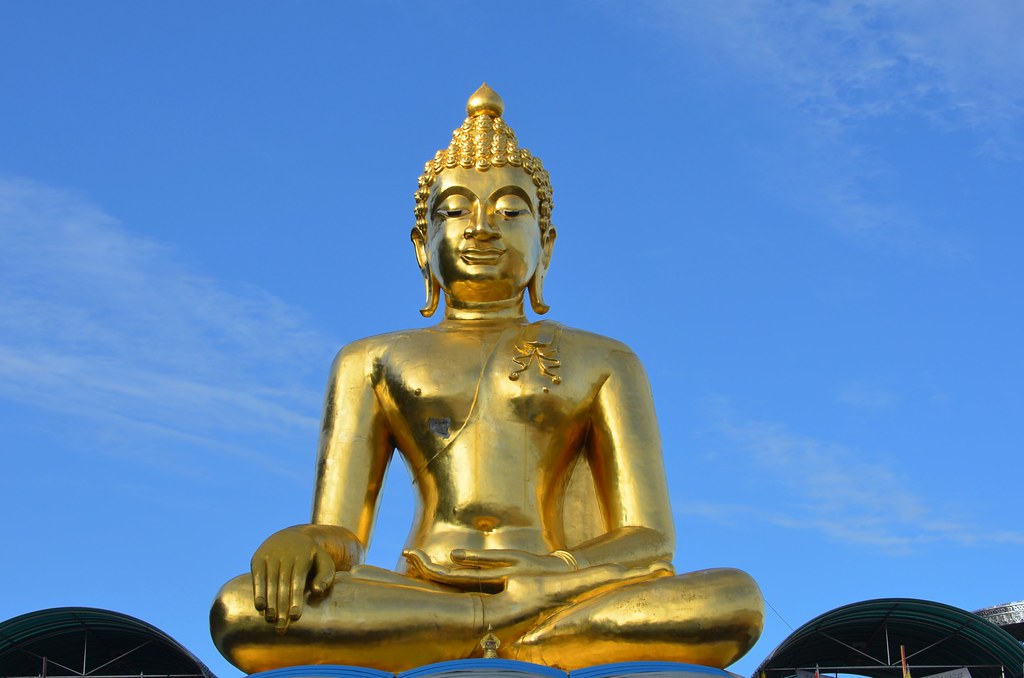 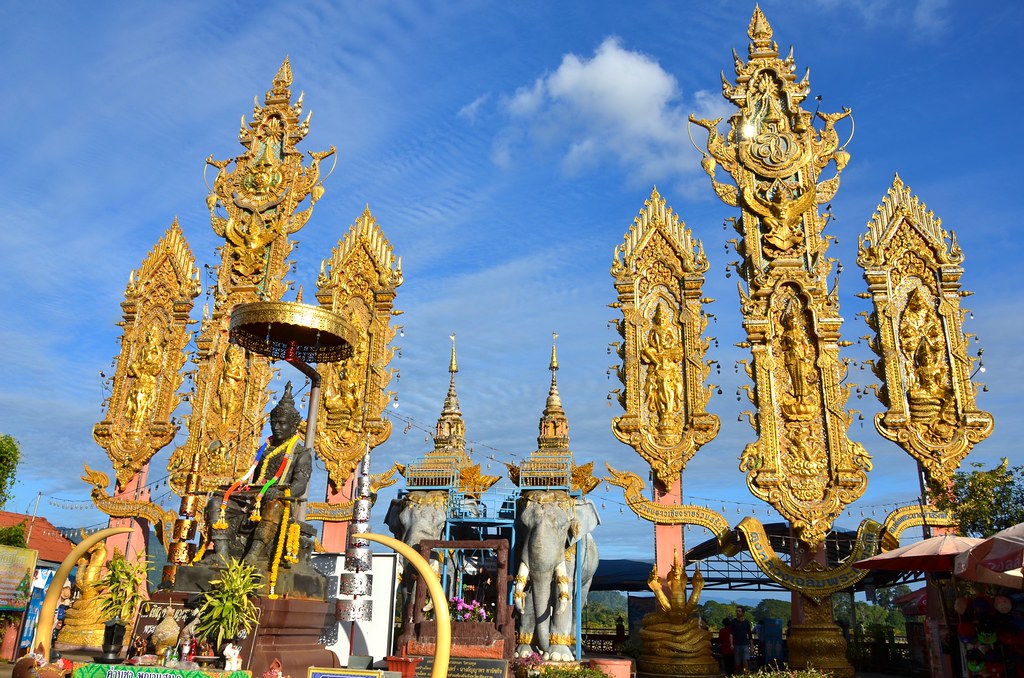 And for a donation, you can climb to the top and pose for a photo! 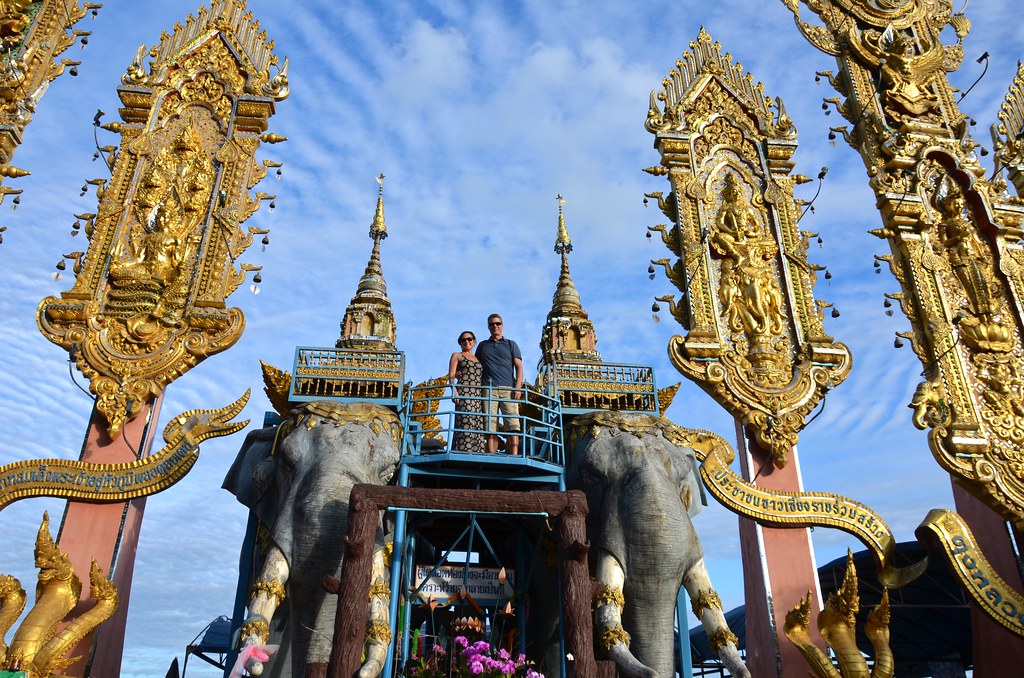 This attraction can be found on the Thai side in the city of Mae Sai. 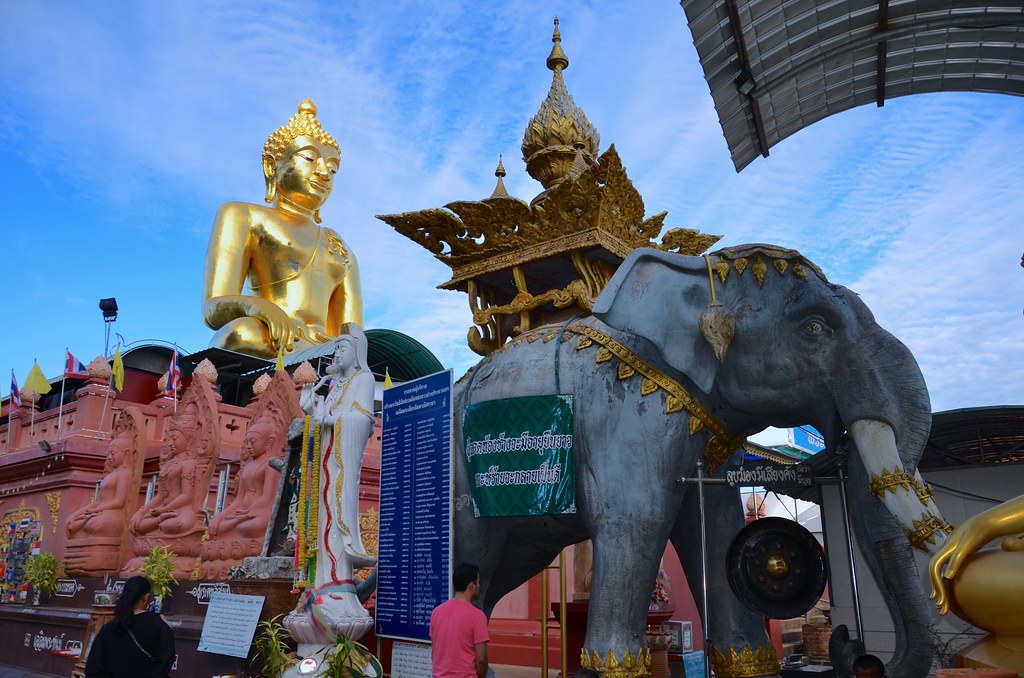 Our trip to The Golden Triangle was part of a full-day tour we went on with Travel Hub Chiangmai.

Their full-day tour to the Chiang Rai province offered a lot of flexibility based on the things we wanted to do and see.

Other stops of the day were The White Temple, Karen Long Neck Village, and Crossing the border from Thailand to Myanmar.

2 Responses to "The Golden Triangle"