I had no idea what to make for dinner the other night so I called John to see if he had any cravings. He didn’t either so that meant we were leaving it up to my local fish store.

A few minutes later we were the proud owners of five huge King Crab Legs: 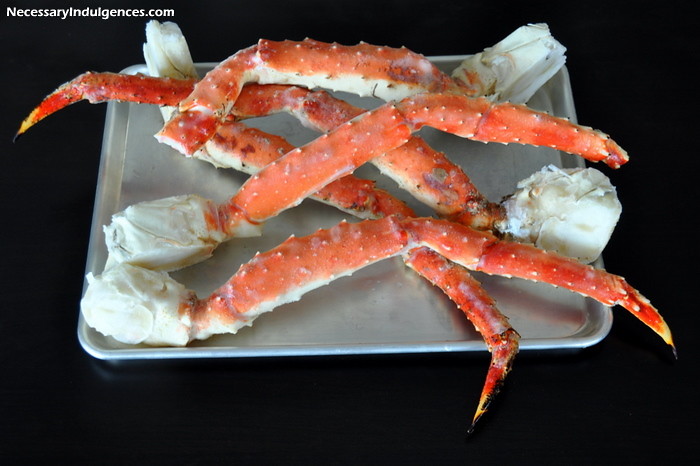 I don’t know if you can get an idea of how large these really are but that’s a standard half-sheet pan, 18” x 13”.

To justify this Party of Gluttony, I told John we were celebrating something. He played along but we quickly agreed that we had no idea what to celebrate but that we’d figure that part out later. Let’s cook!

Since I had never cooked crab legs before I needed to do some Googling.

I found some great advice HERE so I turned up the music and preheated the oven to 350F.

Since the crab legs are already cooked, the goal is to defrost them and just reheat them in the oven.

I wrapped the crab legs with damp paper towels (as suggested) then defrosted them using the defrost setting on our microwave.

I then put them on a sheet pan with a small amount of water and minced garlic: 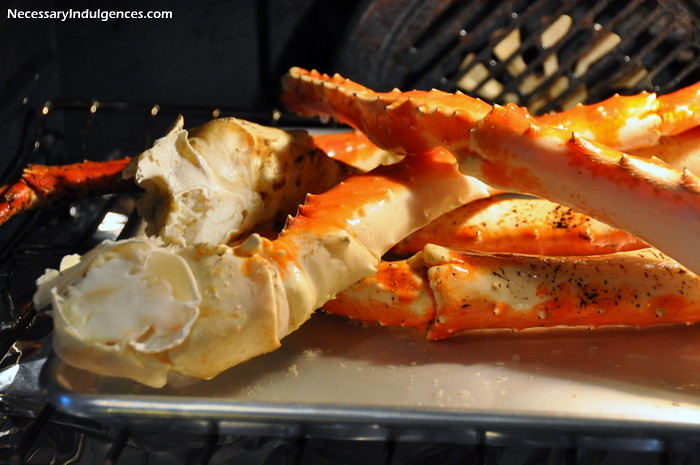 I have no idea if this did anything but my thought was that the water would create steam and keep the crab legs from drying out.

While they were cooking, I slowly melted butter and fresh minced garlic in a small saucepan. As the water evaporates some of the milk solids will float to the top separating from the butterfat: 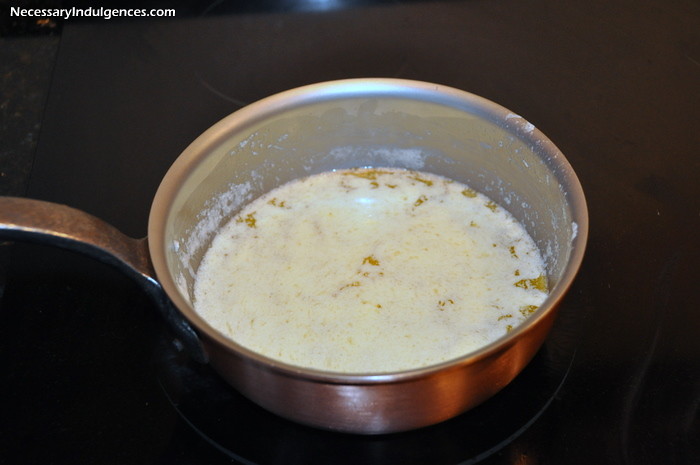 You can skim this off and make clarified butter, but we both prefer the flavor of melted butter with the fat left in there. 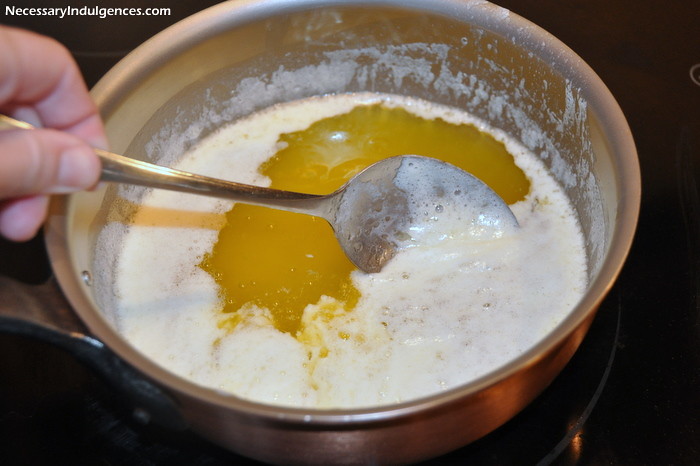 It’s a preference thing and thankfully no one can tell you what you have to do with your melted butter.

Not because I say so, but because if you use margarine or any of that diet stuff, your head will fall off.

I can’t remember how long I left them in the oven, maybe 20-30 minutes but it felt more like 3 weeks! 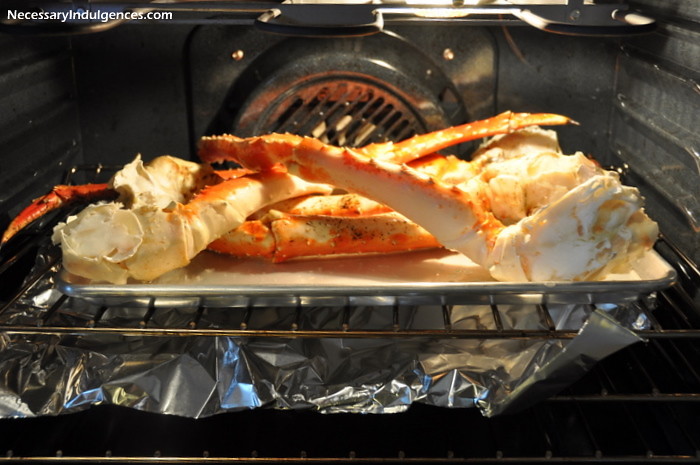 John suggested we play a quick game of pool to keep us from pacing and circling the kitchen. Patience isn’t a strong suit around here.

I taste-tested the knuckle meat to check for doneness and it was perfect, so we tossed them on the newspaper covered table and CHOWED!

They pulled out of the shell exactly the way you dream of: 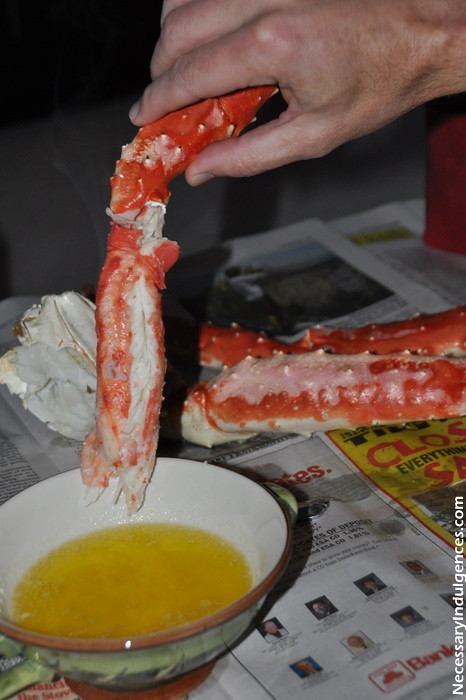 We ate until we physically couldn’t eat another bite.

All that remained were 4 of the 5 knuckles: 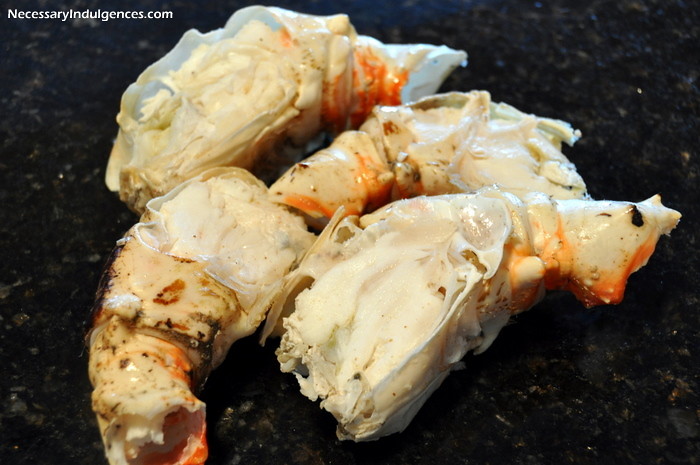 And I ate those for breakfast the next day.