I mean, it isn’t a huge secret that baking and I don’t get along.

So thankfully, she agreed to share another dessert recipe with us!

An abundance of squash and zucchinis is a summer fact of life for many with gardens. 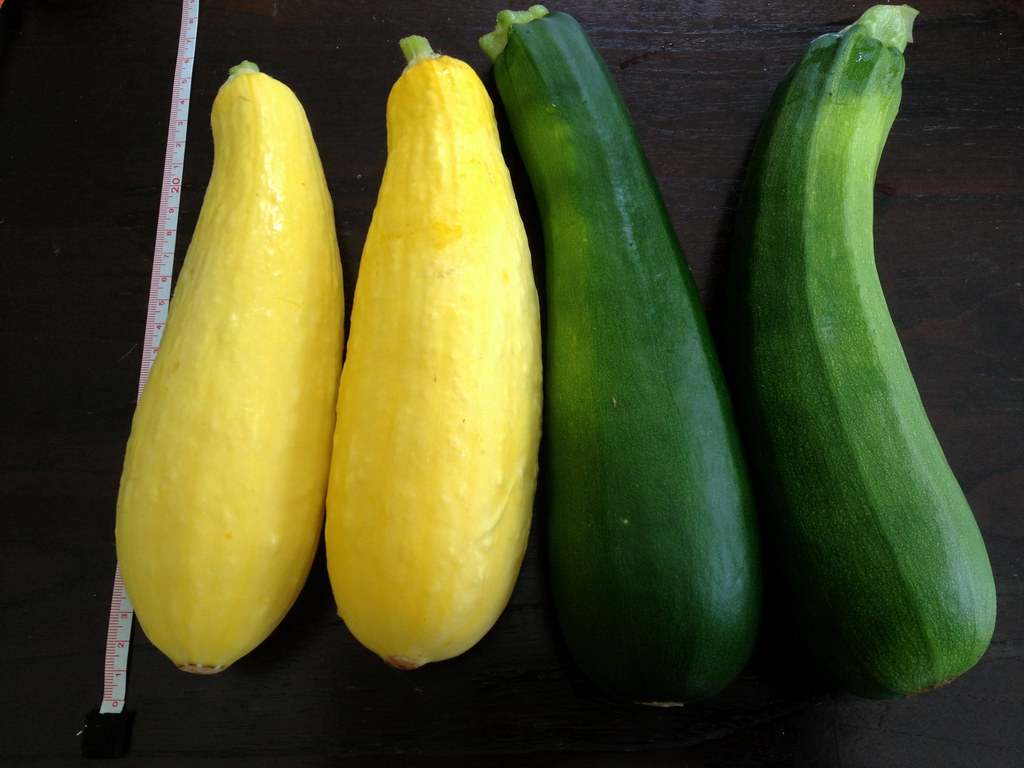 Even for those of us who eat more than our share of squash blossoms early in the season. 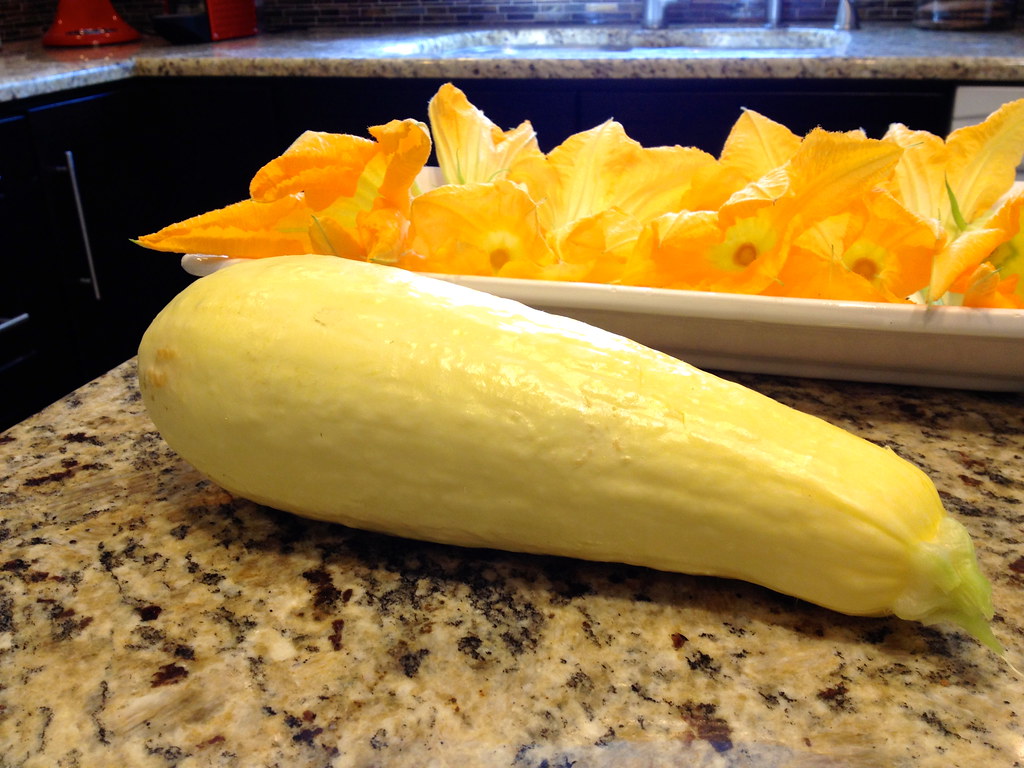 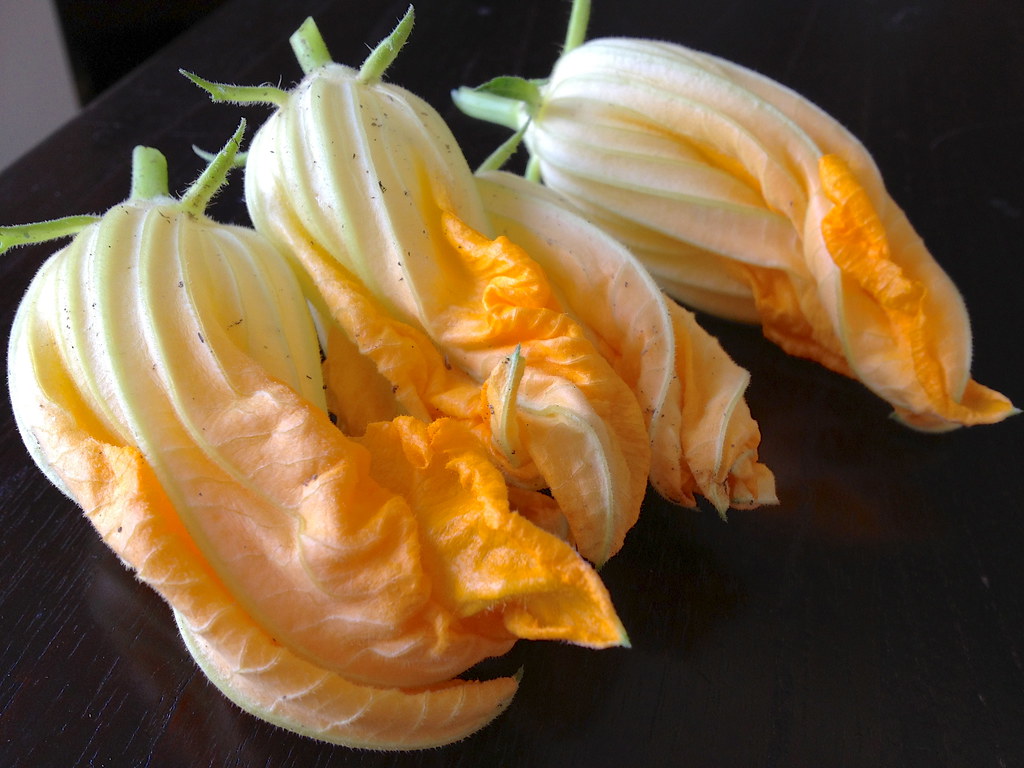 I stuff my blossoms with mozzarella, but Jeff, my husband, prefers his with goat cheese AND mozzarella—can you tell he grew up in Wisconsin? 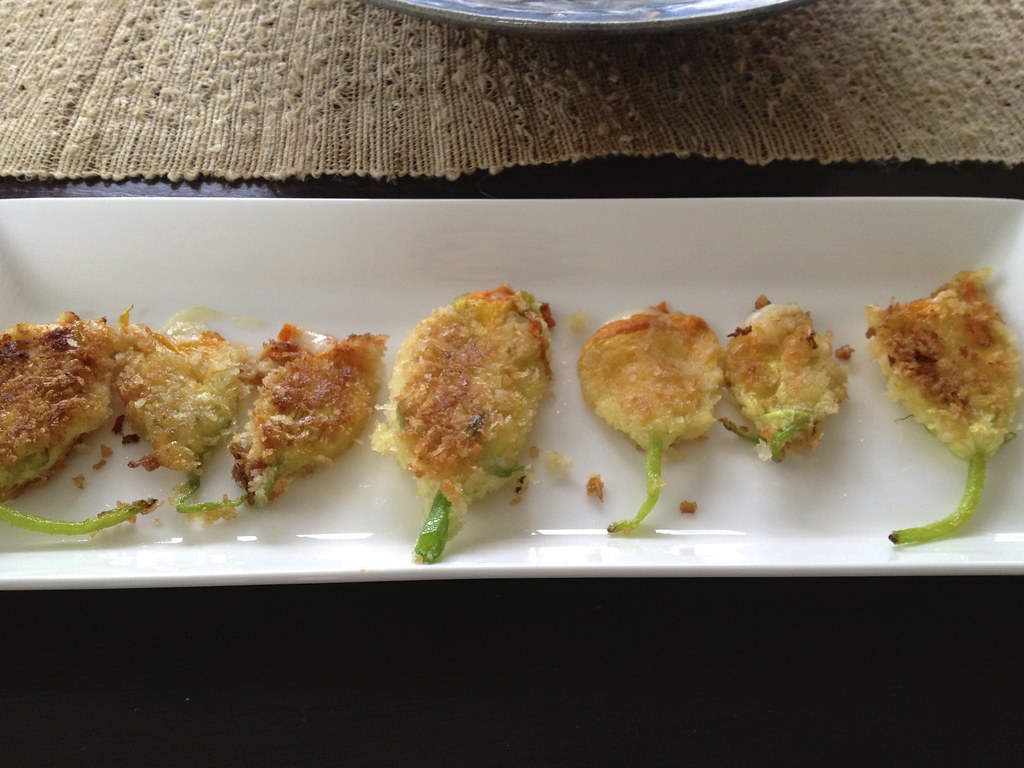 I love going out to see the daily progress of my hard working squash—even as Jeff grows nervous, knowing he’ll have to eat a veggie that’s not his favorite. 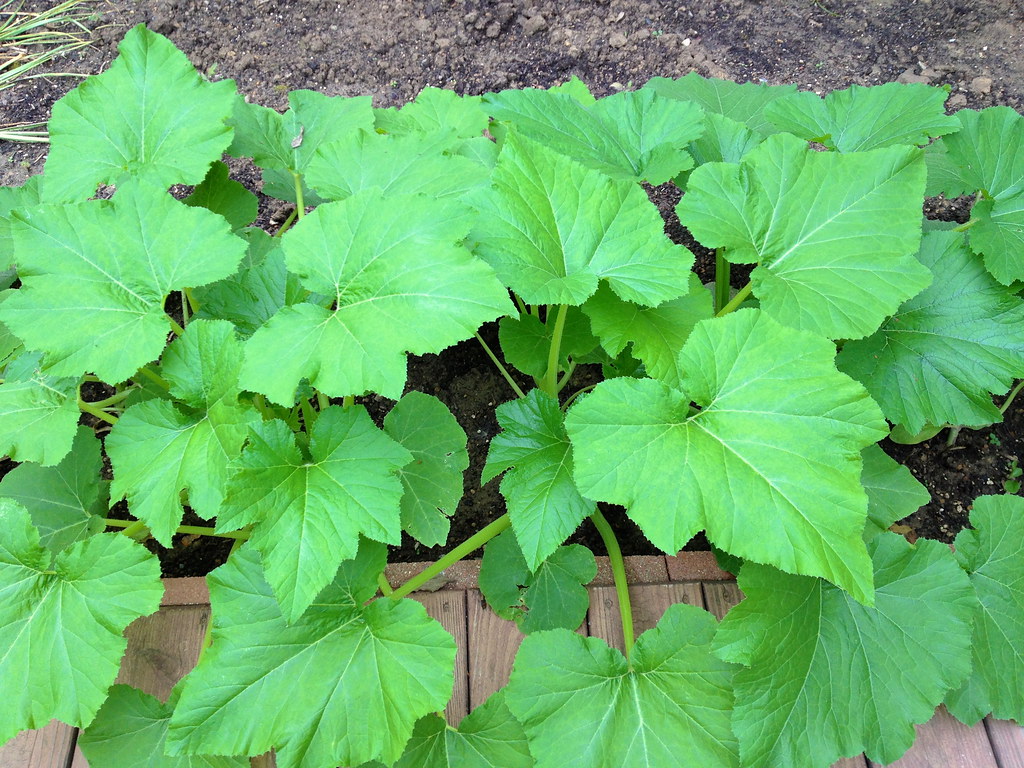 Because squash and zucchini are not his favorites, I need to be creative when it comes time to cook them. 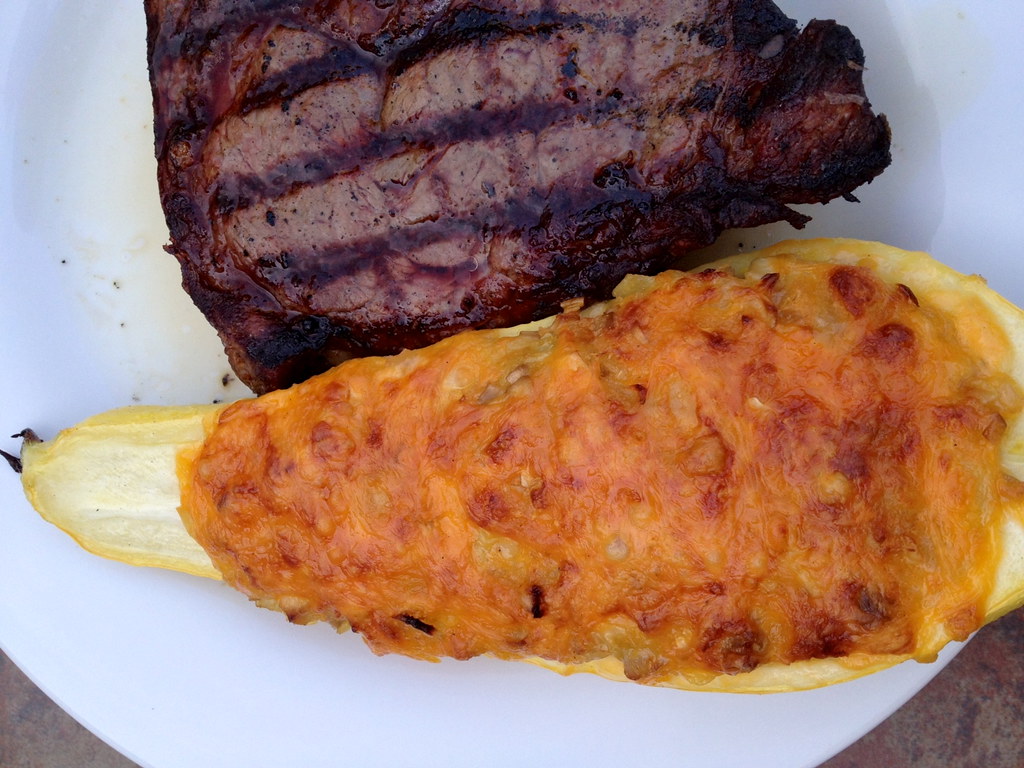 I stuff my squash with mushrooms and panko and cheese (I mentioned he’s from Wisconsin, right?) and throw them on the grill, but you can only have that so many times before eaters go on strike.

My other go-to recipe is double chocolate zucchini bread (which can also be made with squash). 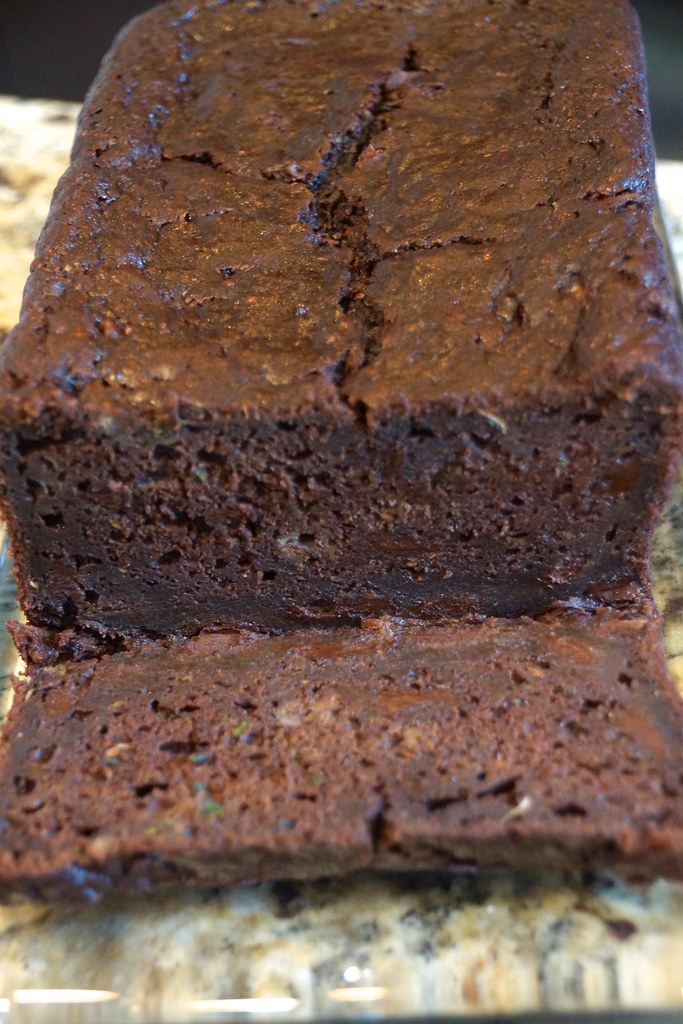 Here’s a (no longer) secret confession: I don’t like cinnamon. Yes, I know it’s good for you. Yes, I know it pretty much precludes me from eating pumpkin pie or drinking apple cider. Yes, I know the earth may stop rotating now that everyone knows. I don’t care, I just don’t like it.

My recipe omits the cinnamon. You can add it if you like, I’m sure it will only make the recipe better (I don’t know how of course, but I’m sure it does . . . ).

If I make this just for me and my friends, I also add a scoop of espresso powder, but Jeff doesn’t like coffee, so I omit that when I cook for him.

We are nothing if not accommodating around here.

One of the problems I had when I was first trying to find a good zucchini bread recipe is 1) there was cinnamon EVERYWHERE! and 2) the ingredient values were difficult for me to figure out.

How big a zucchini, exactly, does it take to make 2 cups of shredded zucchini? Would I have enough? Would there be too little? Would I need to figure out what to do with ¾ of a leftover zucchini? The interwebs were full of people wondering the same thing, none of whom actually had an answer.

Fear not, I’ve figured it out: 1 pound of zucchini = 2 cups of shredded zucchini. 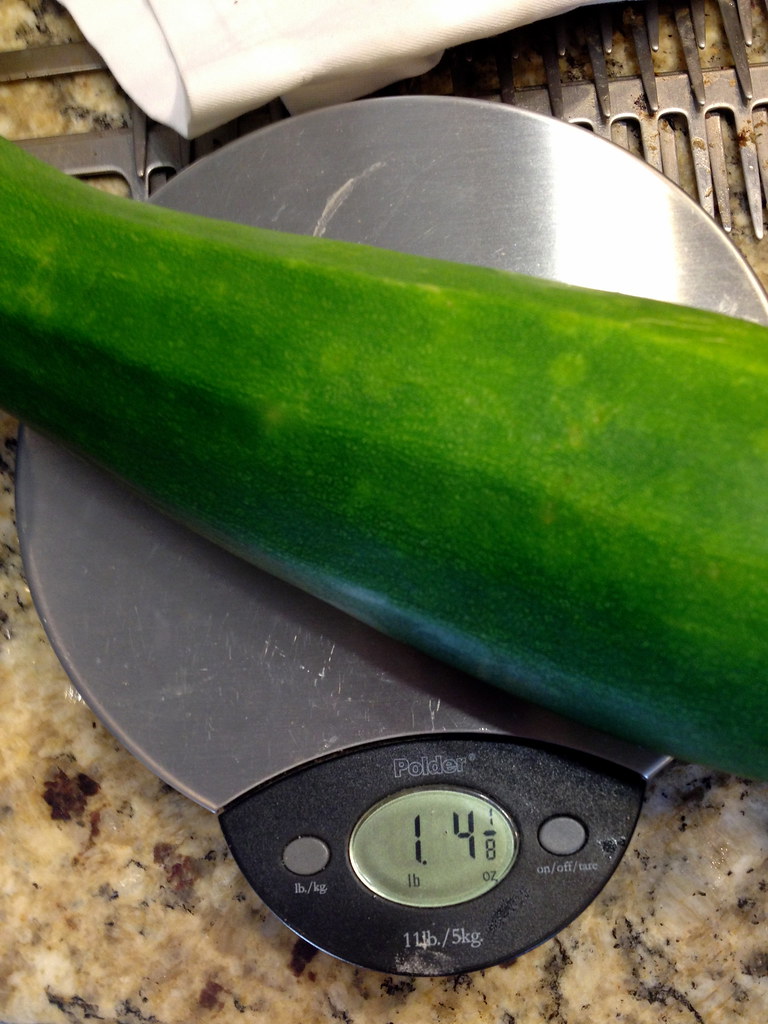 Boom. My work is done.

One final note: most chocolate zucchini bread recipes require Dutch process cocoa powder. I live in a place where this is not something you can buy at the store. Also: I have a bunch of natural unsweetened cocoa powder I use for chocolate ice cream and nearly nothing else.

These two ingredients are NOT interchangeable. The beauty of cooking, however, is there is ALWAYS a way around an ingredient problem and this one is no exception. The solution does require some math. Never fear: I’m a mathematician by trade, so I’ll do the calculations for you.

For every 1 ounce of Dutch process cocoa powder, you need 3 tablespoons of natural unsweetened cocoa powder plus 1/8 of a teaspoon of baking soda. I included both measurements so you can choose how you want to make the bread based on the ingredients you have on hand.

And so, on to the recipe:

And then pick ONE or the other of these: 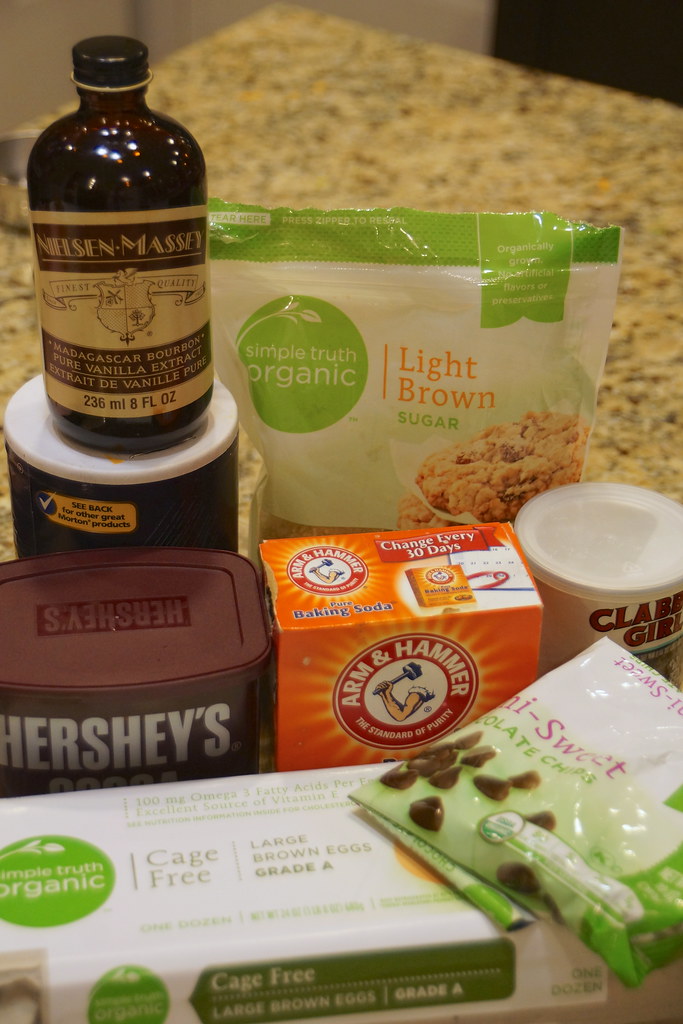 Preheat the oven to 350F and grease your pan with unsalted butter (I guess you can use spray, but, as I’ve said before, we are a full fat family so I butter my pans). I like to flour my pan with chocolate powder, too, but that’s just how I roll—you can flour it with flour or just leave it greasy.

This 1 pound 4 ounce beauty was almost too pretty to chop—but knowing what was to come helped motivate me to prepare it for my mini Cuisinart. 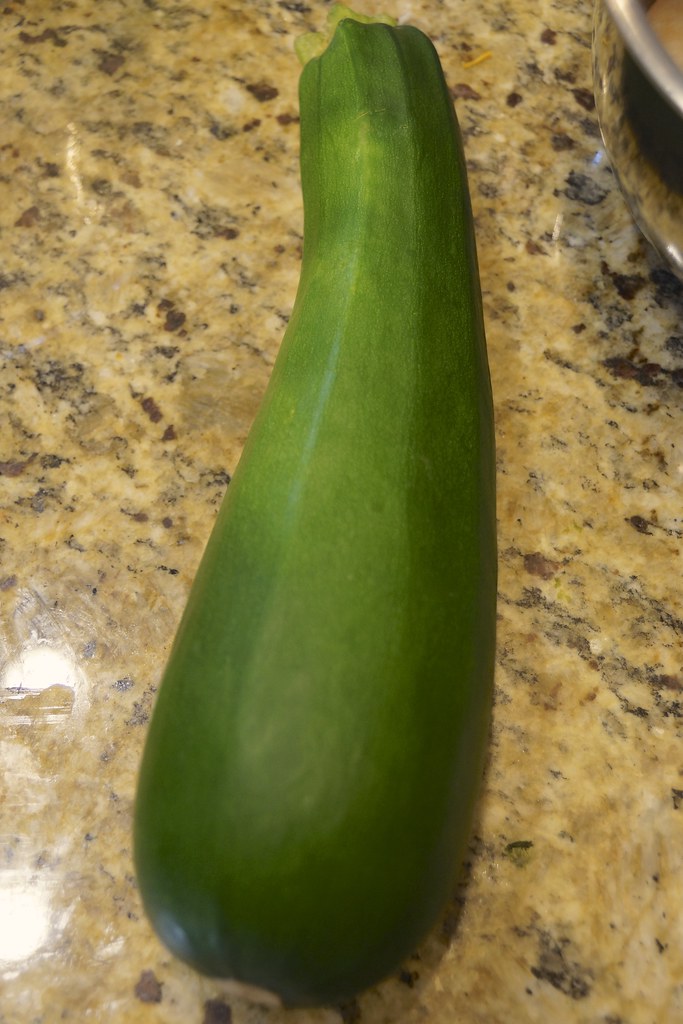 I cut it into smaller pieces and popped it in my Mini-Prep. I have a big Cuisinart, but it’s on the high shelf—my mini is close by (mostly because I make Kristi’s shrimp burgers so frequently!) so that’s what I usually use. 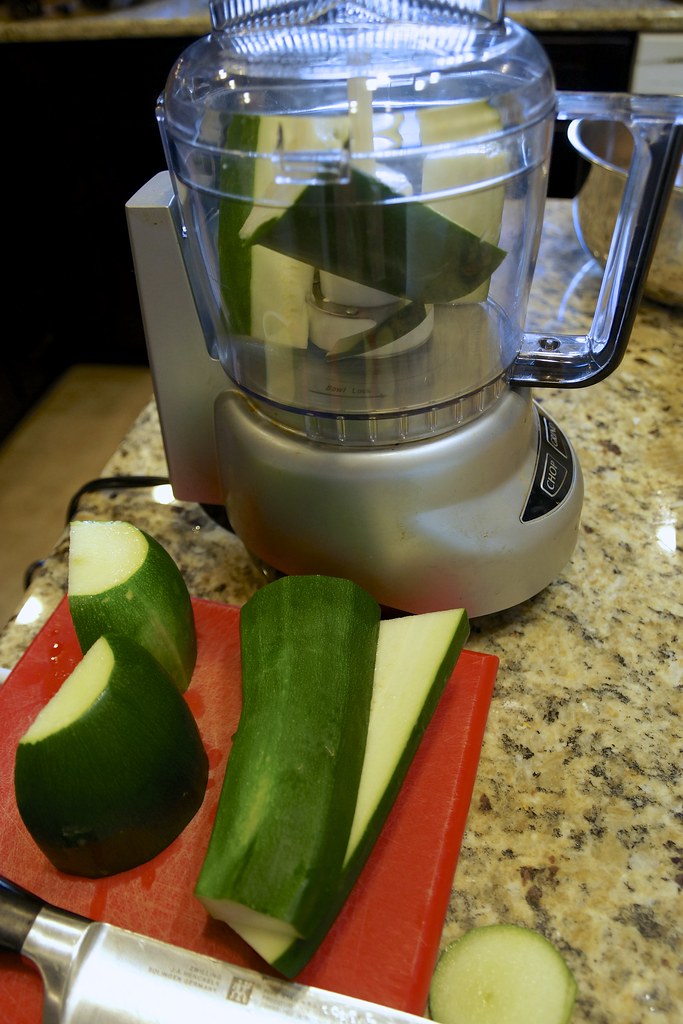 This is what my zucchini looked like when it was done. Of course, this guy was a bit bigger than 1 pound, so there was a bit more than two cups, but I used most of it anyway (after I ate a spoonful right from the chopper). 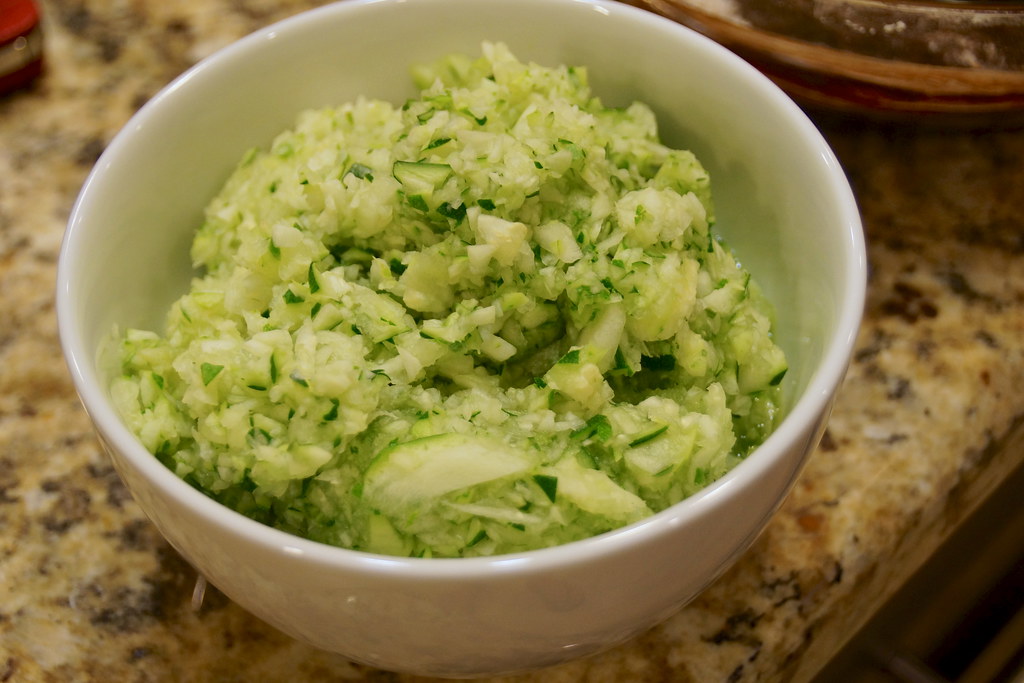 While I was chopping my zucchini, I melted my butter in my glass bowl. This recipe can also be made in a mixer, but I think it’s quicker and easier to do it by hand because there’s not too much mixing and it saves a dish since you can melt the butter directly in your bowl.

I added in my brown sugar. 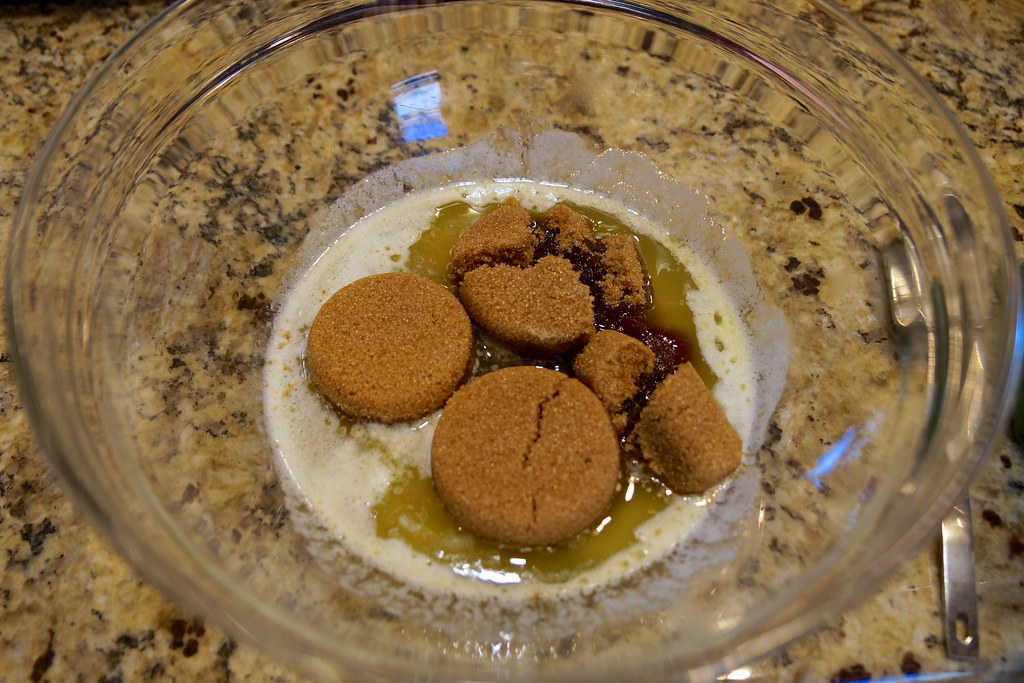 You can see I used my 1/4 measuring cup 3 times (math in action!). Mixing the brown sugar right away, while the butter is still hot, helps the sugar melt and helps make the batter a bit smoother. Don’t worry too much, though, there is plenty of mixing to come.

Once it’s mixed, it should be smooth-ish and brown and so delicious looking it takes some effort to resist putting a finger in the bowl. 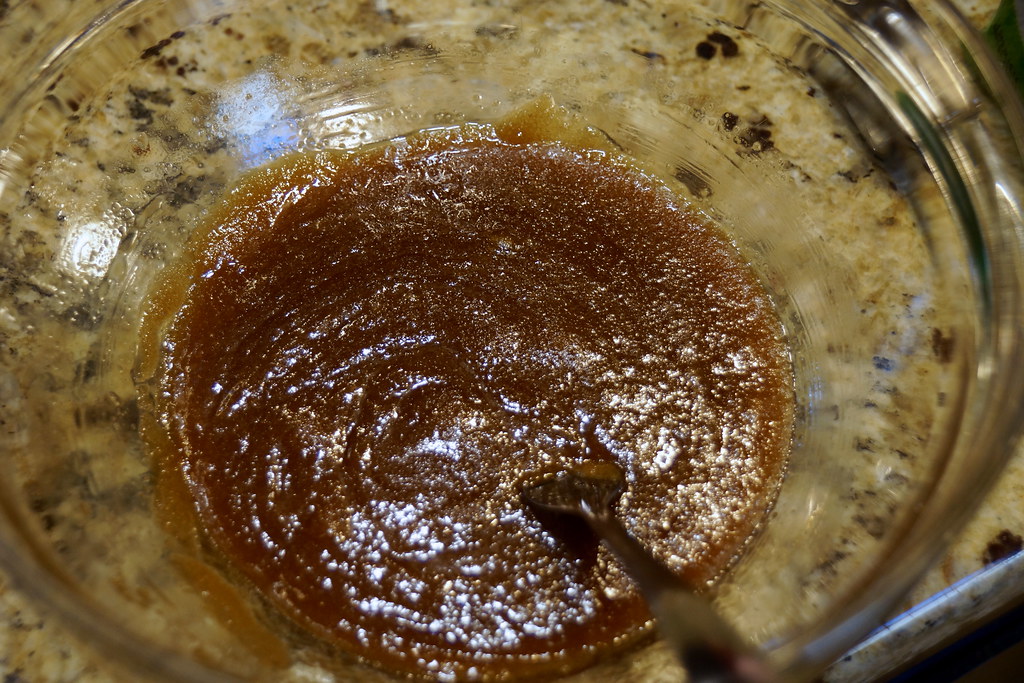 How do you know it’s done, though? It’s when the bowl isn’t hot anymore. 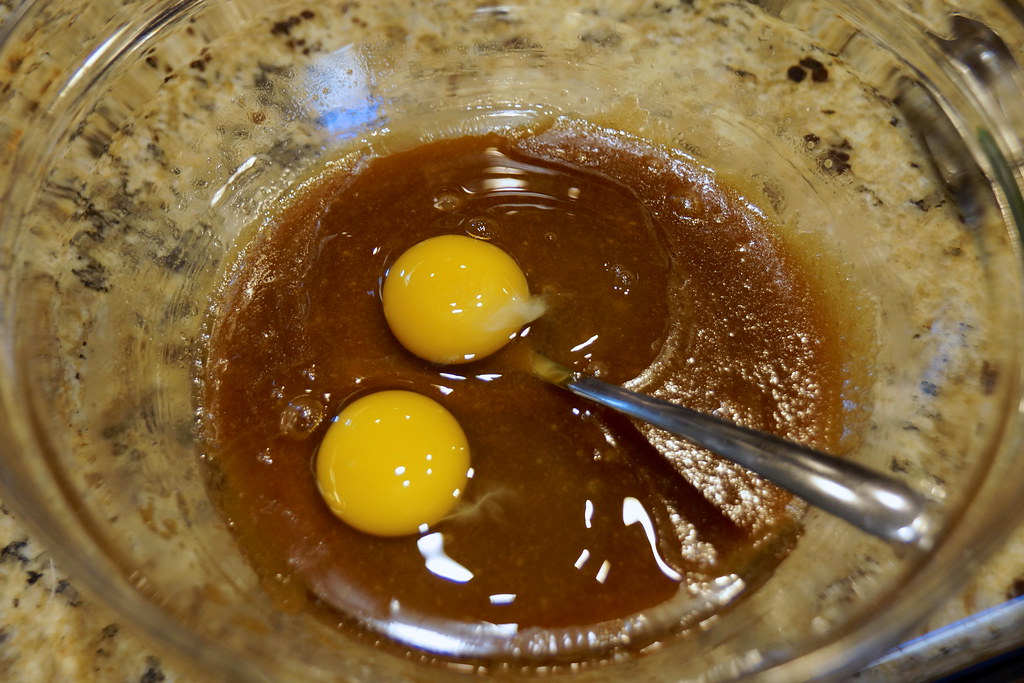 Once the eggs are mixed, I add in the vanilla (that photo isn’t worth sharing), and the powdered cocoa.

A word to the wise regarding powdered cocoa. It’s powdery. One of the ways around the powdery nature of cocoa is to sift it with the flour. The only problem for me is I really hate sifting. I also really hate doing dishes so I try hard to use as few utensils as possible when I cook since I’m the one who cleans up, too. As a result, I have to come up with careful ways to do things like mixing in cocoa. The solution is to do a little at a time, to go slowly, and to work steadily: 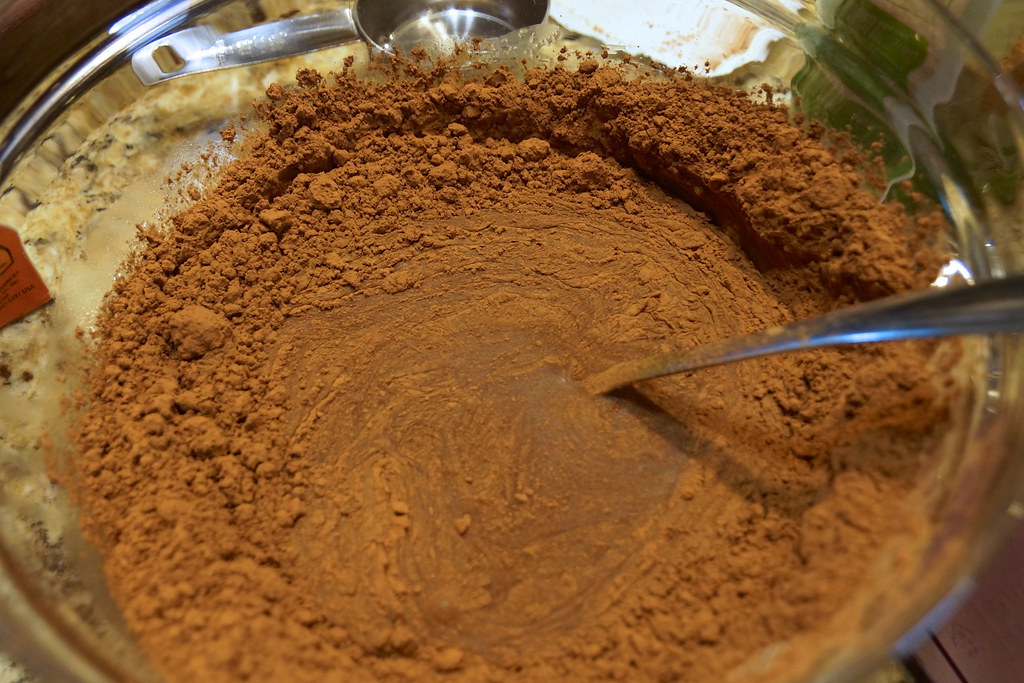 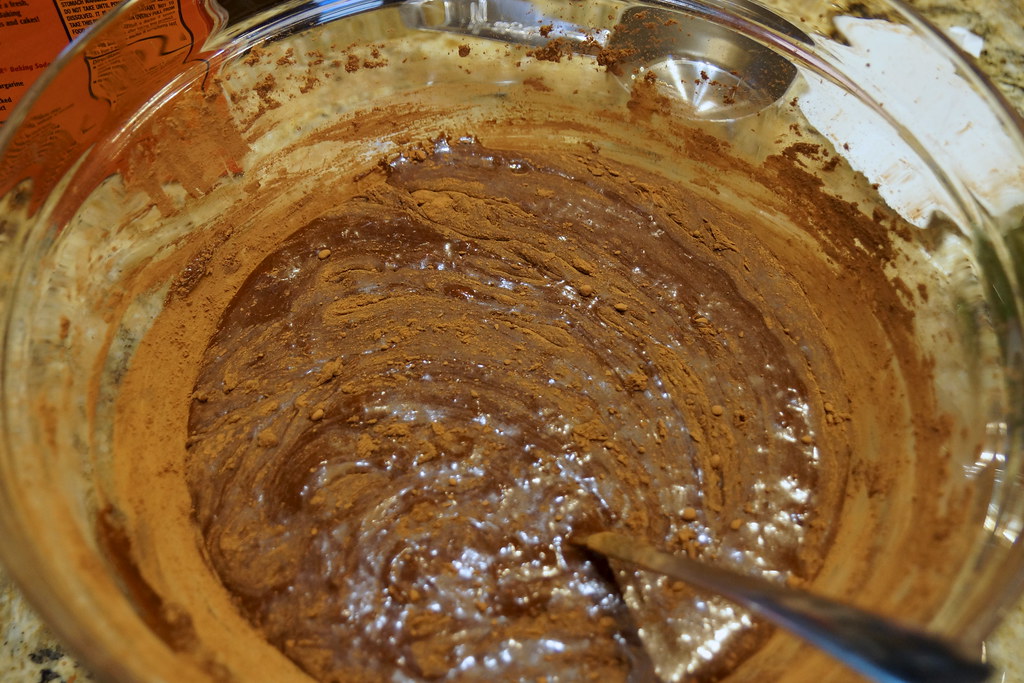 After a little bit more it’s smooth and rich and shiny! 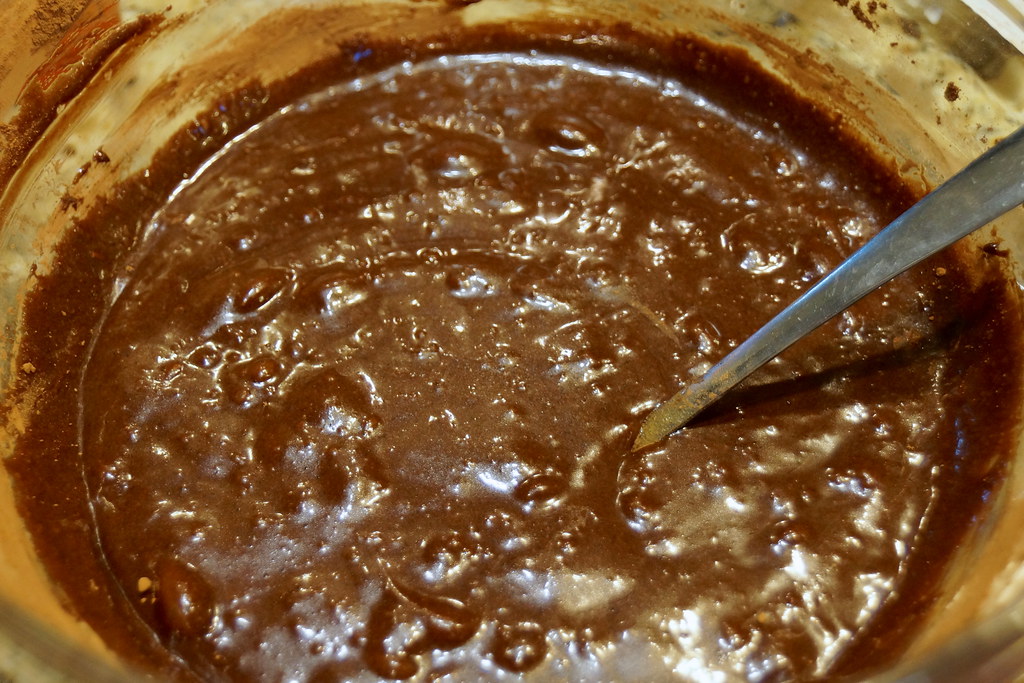 As you recall, I’m using natural unsweetened cocoa powder, so I need to make SURE I add the baking soda. This isn’t a pretty picture, but it’s an important one and that’s why I’m including it: 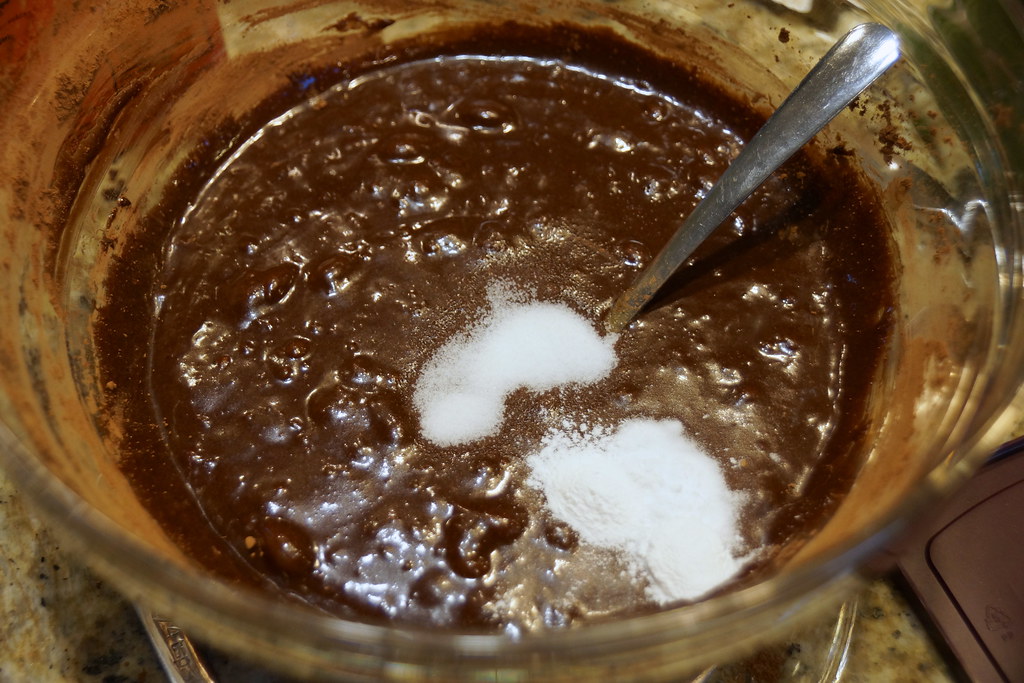 Once that’s in and mixed, I can finally use my beautiful zucchini:

Along with the zucchini, I added my flour, baking soda, baking powder, and salt.   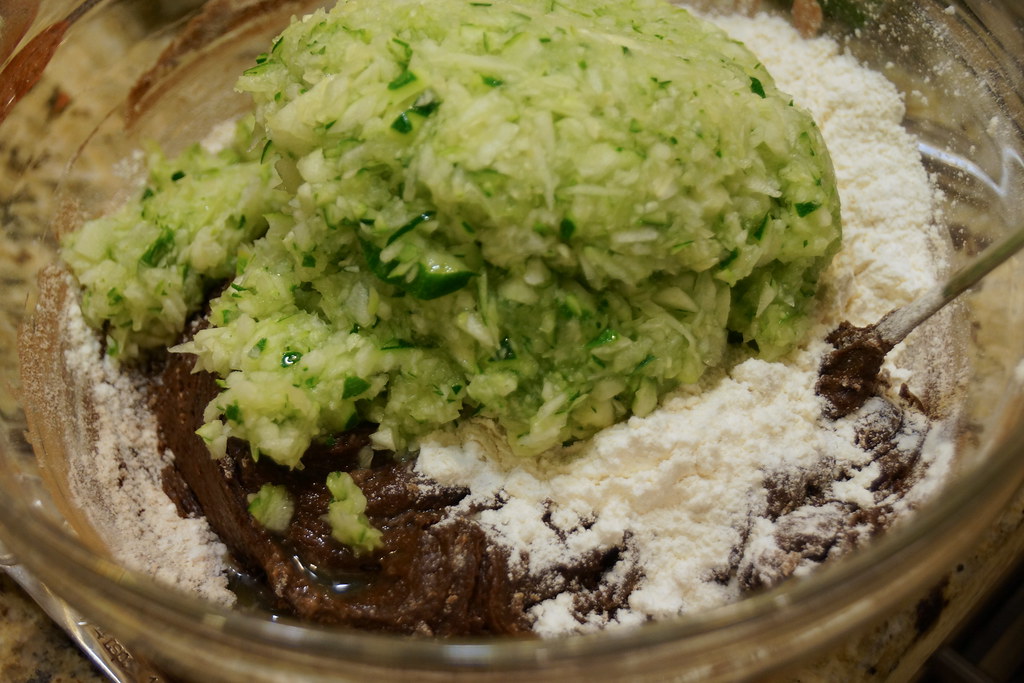 After I mixed it a bit more (it will be thick, but still manageable), I add the chocolate chips: 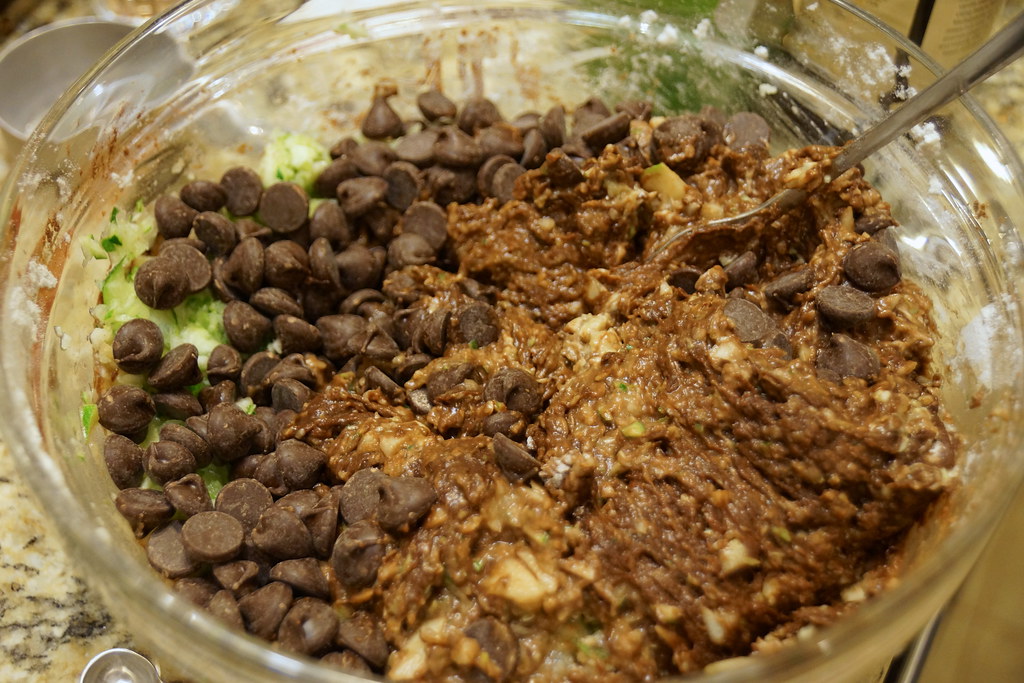 And once everything is incorporated, it’s a beautiful, chocolate-y, thick batter: 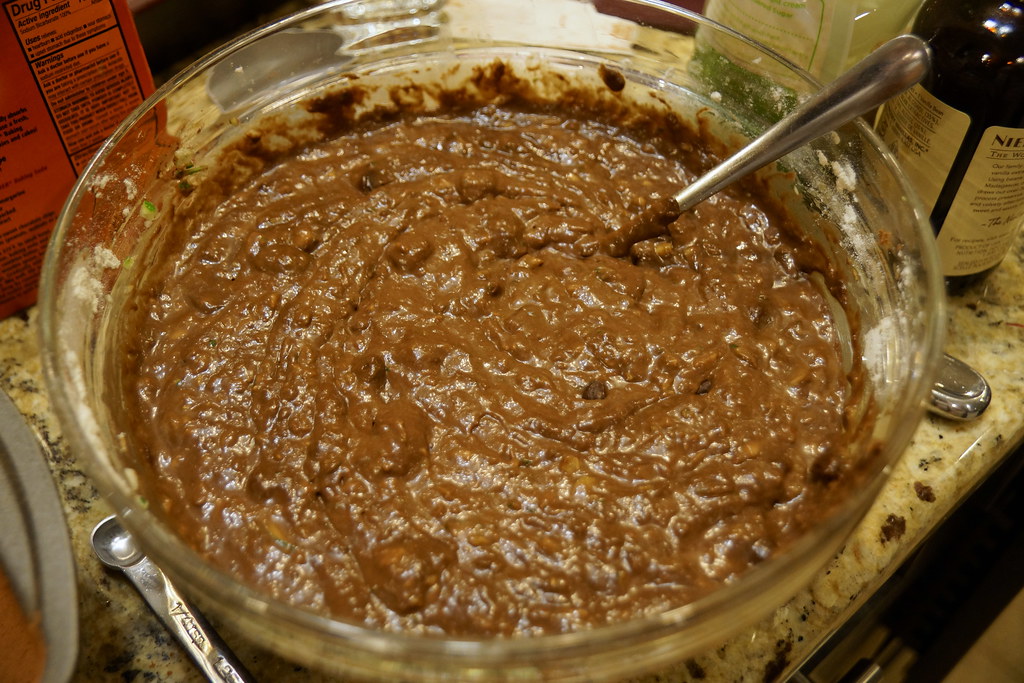 I poured it into my bread pan and cooked it for an hour (sorry, no photo, but if you’ve made it this far, you can probably imagine what I did . . .)

After 55 minutes, I checked to see if it was done and left it until the full 60. The cooking times will vary based on how much zucchini you use. I used a bit more than 2 cups, so my bread needed the full 60 and a little bit. I pulled it out and let it cool on my wire rack. 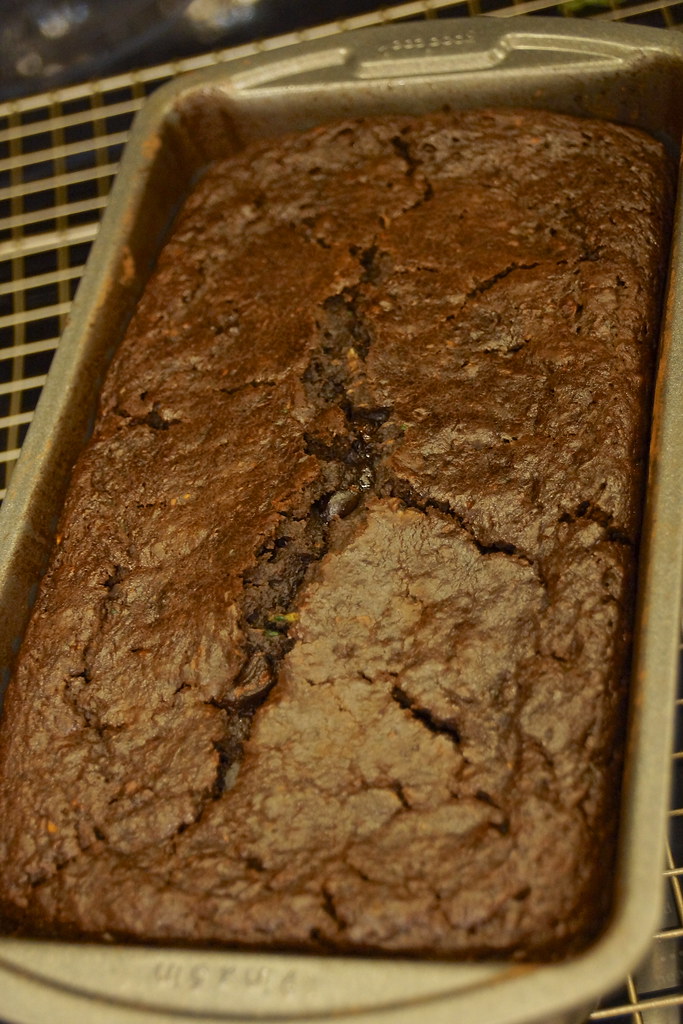 10 minutes later, I turned it out to cool out of the pan. Be very careful with this step: the bread is moist and heavy and can break apart if you’re not swift and gentle. 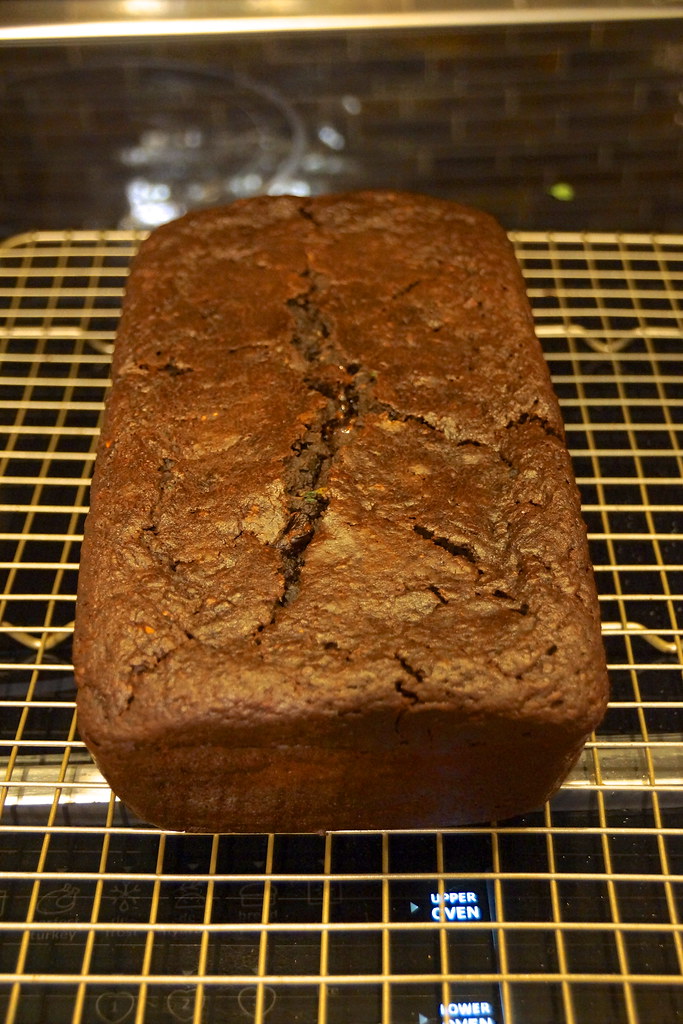 Your bread will need to cool on the rack for about an hour before it’ll be ready for slicing. Try to find work somewhere else because it will smell so delicious you’ll want to tear into it right away.

My bread wasn’t done until quite late at night so I didn’t get to have any until the next day—but it was worth the wait: 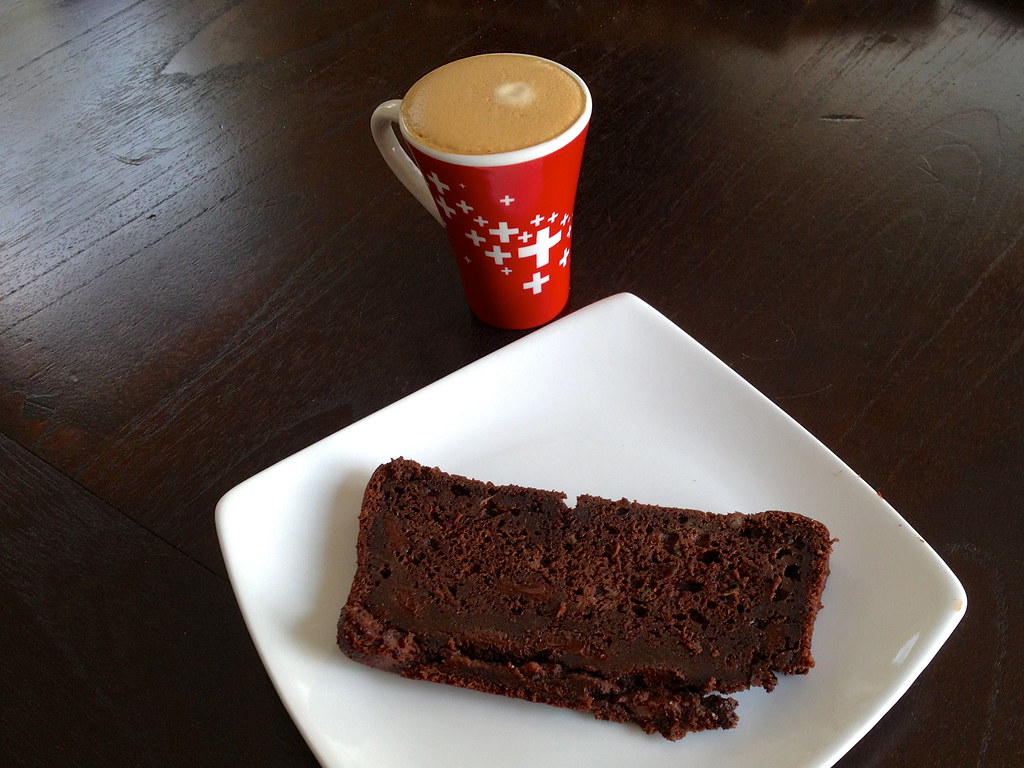 Especially with a nice cup of espresso.